Ryan O’Byrne discusses the role of the Pajok Community People’s Committee, which is a  localised response to community-wide feelings of insecurity and marginalisation by the country’s central government.

Although the personal and political conflicts currently eviscerating the SPLA continue to play out largely in terms of increasingly extreme ethno-communal violence in the northeast part of the world’s newest nation, the most obvious and violent effects of this dispute are yet to reach many of the communities living in the country’s south and west. Pajok Payam is one such place, where the fires that have burnt continuously here throughout the late November to early March dry period were not started by warfare but rather as part of the annual cultivation cycle, the dominant focus of life in this remote area of Eastern Equatoria State.

As I have written elsewhere (O’Byrne, in press), despite the outbreak of political violence in Juba in mid-December, life in Pajok has continued as normal: while people continue to listen to the news closely in an attempt to keep abreast of events happening elsewhere, there is very much a feeling that this conflict is ethnically based, even if politically derived, the results of the increasing ethnicisation and rampant corruption at the heart of the South Sudanese governmental and military systems.

Pajok still remains deeply insecure in many other ways, however. There is little in the way of educational facilities or support, basically no health service, a substandard market and road, nothing else to provide the economic security needed when subsistence agriculture fails, a weak and autocratic local and national system of governance, an undermanned and under-funded police service, and a slow and possibly corrupt judicial system which seems to adjudicate in the interests of social harmony over individual justice or security (although Leonardi et al. (2010) note this problem is common throughout South Sudan; cf. Porter 2013).

Perhaps due to this perception of a lack of any governmental interest in their region’s development, widespread feelings of marginalisation are common among the Pajok community. Indeed, discourses regarding the social, cultural, political, economic, and geographical marginalisation of Pajok are extensive used idioms in community interactions. Pajok residents feel deeply marginalised in relation to other peoples and places in South Sudan, especially Magwi (as County capital) and the Dinka (as an ethno-political elite). As is widely recognised, Pajok is a long way from anywhere, difficult and expensive to get to, not currently on any major trade routes, of little to no political or strategic concern, and populated by an ethnic minority (widely perceived as an important consideration in what is seen as an increasingly “tribalised” environment).

Although as an independent non-customary body the People’s Committee is not specifically part of Pajok’s traditional clan system, committee members are elected by each of the 23 sub-clans, tying the customary and the contemporary together in an effort to best represent the Pajok community at home and abroad. As well as this central committee, there are also committees representing Pajok community members now living in Juba, Magwi, Nimule, and Torit, and who are elected to represent Pajok’s interests within these places. These committees are somewhat independent and thus represent non-resident community members at the annual General Assembly held in Pajok each November.

Heading the People’s Committee is a 15 person Executive Council elected for a term of two years, who are supposed to act in a broadly democratic manner. In this way, the People’s Committee act as a means of representing the wishes of end-users in local governance. It therefore sits outside formal structures of governance but ideally acts as an important community-led balance upon the non-democratic application of local governmental authority. Indeed, it seems one prime function is to fill the everyday, developmental, and governance vacuum left by the lack of any real, formal governmental presence within Pajok.

The idea for the People’s Committee grew out of the Pajok community itself, rather than representing the wishes of any other outside body, such as foreign NGOs or the South Sudanese government. It seems to be the only structure of its kind within Magwi County and may even be unique at the state and national levels. Practically, the Committee works through the small-scale, low-level everyday interactions of the committee members. Rather than having regular large meetings, much of the Committee’s work is done on the basis of ongoing day-to-day relationships which committee members maintain, while larger meetings are held on those occasions when it is felt the full consensus of the community is required.

One such example is the construction of Agola Secondary School. This is the first and only secondary school in Pajok and was entirely organised, funded, and built through the work done by the Pajok branch of People’s Committee, their national and international affiliate committees, and the generous support of the Pajok diaspora in throughout the world. Through bringing together community needs with the resources and experience of individual community members throughout the diaspora, just this year the People’s Committee was able to successfully complete construction of their very own secondary school facility, allowing the school to move from its temporary buildings behind the government funded primary school. Now, no longer do young people need to migrate to Juba or Uganda to further their education. This facility not only enhances the educational and economic security of Pajok but, by keeping secondary school students at home in Pajok Payam, it also enhances Pajok’s social security: many secondary school students here are already married with children by the time they finish their education. Keeping them within Pajok also works to keep families together, especially crucial in regards to the highly gendered division of labour relating to customary subsistence cultivation practices in particular.

Given the extent of South Sudan’s widespread corruption and well-publicised democratic, security, and fiscal crises, it seems unlikely that the national or state governments will be able to provide Pajok with any real change any time soon. This is especially so given the context of the current conflict. Further, Pajok’s chronic underdevelopment, widespread subsistence farming, and an over-reliance on monetary remittances means that projects on the scale of the Agola Secondary School venture will be difficult to repeat. Despite this, it seems that without an institution like the People’s Committee, much of Pajok’s current social, political, and economic insecurities would be set to continue for much of the foreseeable future.

Rather than the ethno-political violence currently prevalent elsewhere in South Sudan, it is the contemporary nature and real world consequences of Pajok Payam’s ongoing marginalisation which are the most current, pressing, and pervasive security needs within Pajok at this time. Although the country’s widespread structural violence does not currently dominate headlines, they are no less real than the current political violence, and, over the long term, potentially no less destructive. To focus solely on the proximate causes of physical violence is to neglect a long history of marginalisation that formed the basis of not only the current but also the previous two conflicts in this country. Fortunately for Pajok Payam, however, the community themselves have developed what seems to be a very real and very effective response to the otherwise pervasive deficiencies of South Sudan’s failed state. It remains to be seen how effective this will be in maintaining local security and stability in this time of uncertainty.

Ryan O’Byrne is a PhD candidate in Social Anthropology at University College London (UCL) and a researcher in Eastern Equatoria State, South Sudan for the JSRP. His research focuses on transformations within the customary cosmological systems of Acholi-speaking Pajok, Eastern Equatoria. His particular interest is in the localised manifestations of Africanised Christianity in this post-conflict society. Originally from New Zealand, he lives in London and is currently residing with his wife in Pajok while conducting his PhD fieldwork. 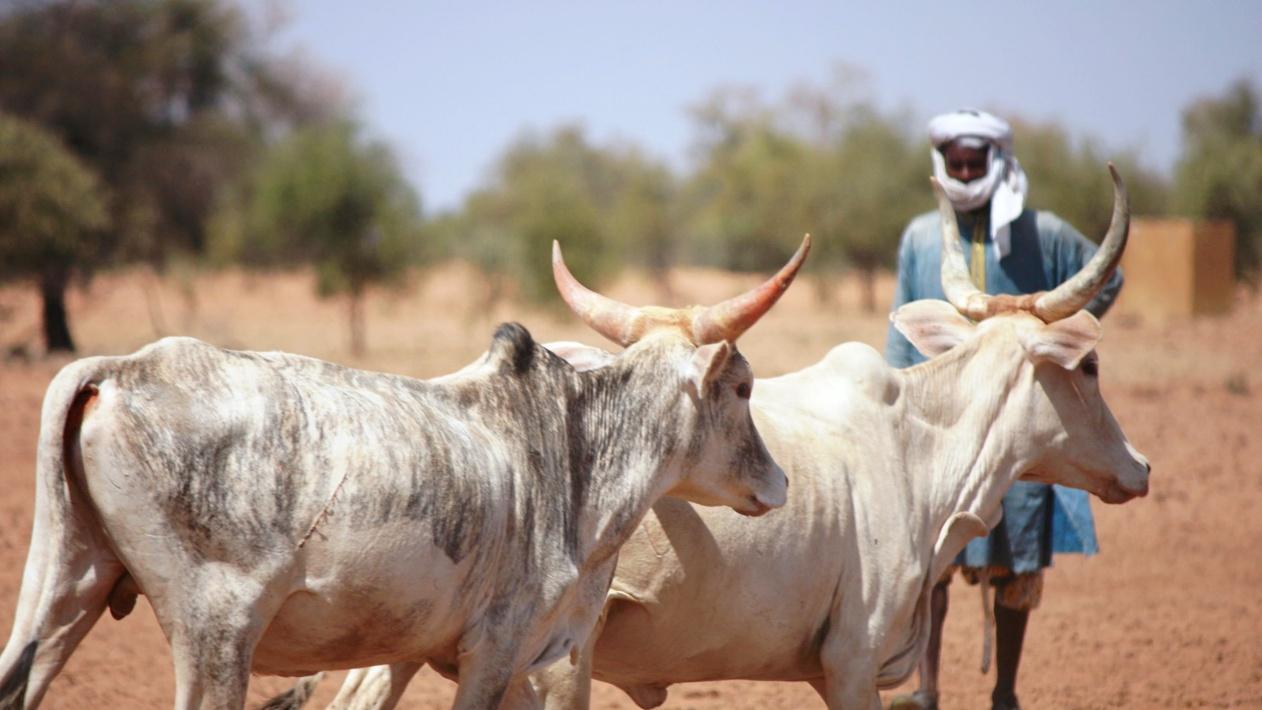 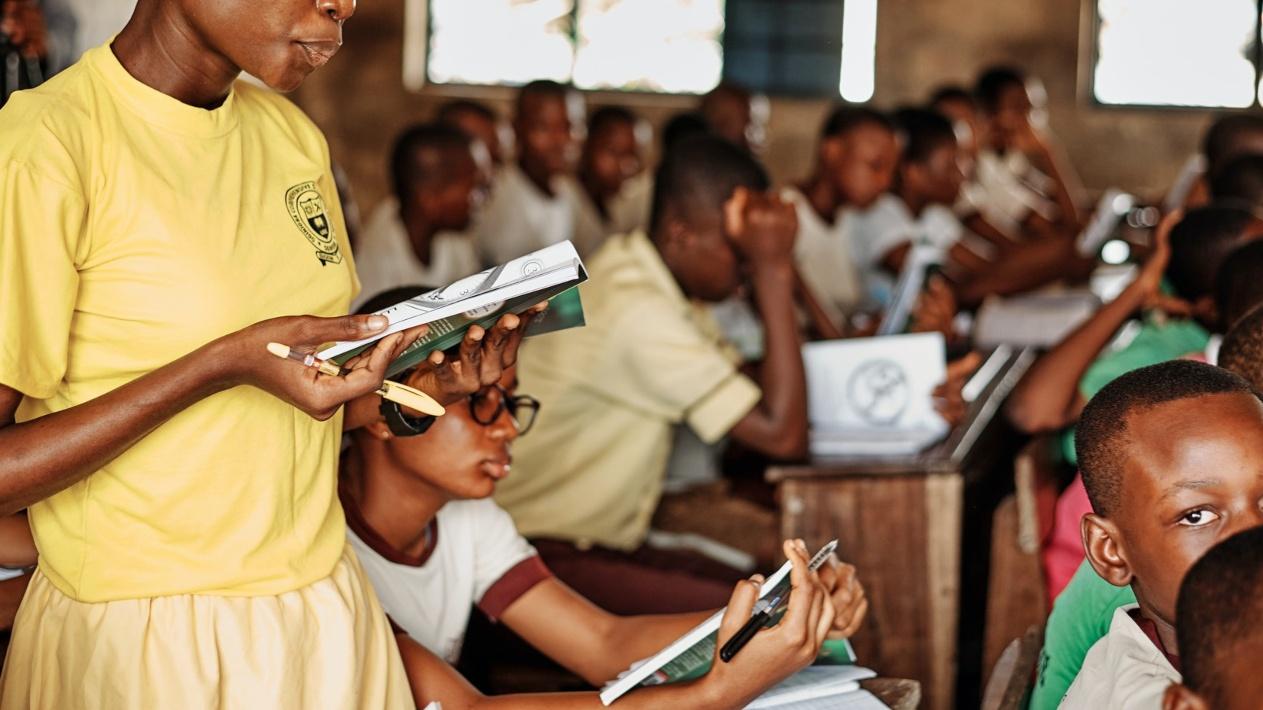 Bad Behavior has blocked 3326 access attempts in the last 7 days.