How do we understand the ethics of humanitarian intervention in today’s world? After Western intervention in the conflict associated with the Arab Spring, this new edition of Noam Chomsky‘s A New Generation Draws the Line aims to provide timely answers. Imani Perry finds it to be a wonderfully useful book for many reasons, but most importantly because it pushes the reader to ask questions that are rarely raised in corporate media and popular politics.

When leftist intellectuals and activists talk politics, to begin a sentence with “Chomsky says…” is to add gravitas and legitimacy to one’s argument. This has been the case for the past 40 years. The consummate public intellectual, his political writings have taken him far beyond his groundbreaking work as the father of modern linguistics. He is known across the globe for his unrelenting critique of the abuses of power and neo-imperialist agendas of Western nations.

The new expanded edition of A New Generation Draws the Line: Humanitarian Intervention and the “Responsibility to Protect” today holds true to what political philosopher Sheldon Wolin said of him in 1974. Wolin described Chomsky as “relentless in tracking down official lies and exposing hypocrisy and moral indifference in the high places…. Yet the passion of Chomsky’s indictment is always controlled, and while he is harsh toward his opponents, he is never unfair or arrogant.”

The subject of this book is the disingenuousness of the U.S. and NATO Allies in their “humanitarian interventions” across the globe. Chomsky notes the conclusion of the the Cold War coincided with the rise of the call for humanitarian intervention, which allowed a new justification for the type of neo-imperialistic actions that had previously been justified by the threat of communism. According to Chomsky, Bill Clinton’s “neo Wilsonian” narrative of foreign policy as “noble phase with saintly glow,” was, to put it simply, hogwash. Closer to the truth was the April 2000 declaration of the South Summit of the U.N. which rejected the so-called “right of humanitarian intervention” because, as Nelson Mandela asserted, it allowed the U.S. and Great Britain to incite chaos across the globe in their self-designated roles as world policemen.

The moral force of Chomsky’s criticism is two fold: One, he argues that NATOs humanitarian interventions are dictated by self-interest, rather than concerns with human suffering and exploitation, as evidenced by the fact that NATOs critical lens is never applied to the actions of wealthy or allied states. He makes this point cogently (about tobacco) in the following paragraph “[the]…U.S. has the right to carry out military actions and chemical and biological warfare in other countries to eradicate a crop it does not like, though presumably modern notions of justice do not entitle Colombia or Thailand or China or many others to do the same in North Carolina, to eliminate a far more lethal drug which they have been compelled to accept (along with advertising) under threat of trade sanctions, at a cost of millions of lives.”

Two, Chomsky argues that the actions of the states proclaiming to be engaged in humanitarian interventions in fact often propel the worst humanitarian abuses on the planet. He focuses in on two locales to illustrate this point: Kosovo and East Timor. The year is 1999. East Timor’s vote for independence precipitated a violent response from Indonesia that “drove an estimated 750 thousand of East Timor’s 880 thousand” people from their homes, and destroyed the infrastructure of the small nation. The precise numbers murdered and abused are still unknown. According to Chomsky, the blood lies partly on U.S. hands. The initial invasion of East Timor by Indonesia in 1975, was supported by weapons and intelligence from the U.S, and this relationship was sustained through Indonesia’s repeated suppressions of East Timor’s efforts at independence. The paramilitary operations of 1999, were prompted by a vote for independence. And while the U.S. had begun to disassociate itself from the atrocities of the Indonesian special forces (who had been training with the U.S and Australian military), they declined to provide military assistance or anything beyond minimal intelligence to East Timor. In short, the U.S. put its relationship with Indonesia ahead of its stated ideals of humanitarianism.

In contrast, the fate of Kosovo was a cause celebre in the United States and Great Britain. It was a common subject in print and television media in 1999. Some critics of the inconsistency in the coverage of the two nations, was either a failure to pay attention to the entire globe, or a product of a simple truism: “We can’t save everyone.” Chomsky disagrees. The decisions of NATO regarding East Timor and Kosovo were the products of neoimperialistic goals. He makes the controversial claim that NATOs actions escalated the atrocities, with the objective of bolstering their credibility in the post-cold war era. Globally, NATO’s intervention was presented by the U.S. as evidence of the new humanism. However, Chomsky strongly contests the narrative that is widely accepted even amongst the liberal left about the cause and effect of the events in Kosovo. In fact, he argues that NATO air raids on Serbia in 1999, precipitated the bloodshed rather than stanched its flow.

Key to Serbia’s aggressive response to Albanians after the air raids, were the events of the Rambouillet “peace talks.” Their goal was to separate Kosovo as an independent nation from Serbia. What gets little attention was NATO’s efforts to get Serbia to agree to the terms of what is called the “Rambouillet ultimatum.” This required Serbia to assent to a provision that would allow a purely NATO force permission to go anywhere in Yugoslavia, at will, with immunity from legal process or U.N. approval. Serbia balked. While Chomsky does not suggest Milošević was a good leader, he asserts that the rejection of such right of intervention was reasonable and consistent with the skepticism of many nations towards the U.S. and Great Britain.

With the examples of East Timor and Kosovo, Chomsky illustrates that the choices about “humanitarian intervention” are based in self-interest, not humanitarian concern. Moreover, the interventions function as an extension of the dominance of the few global hegemonic states.

In the chapter that is new to this edition of the book, Chomsky explores the concept of “Responsibility to Protect” or R2P, as it is rapidly displacing the concept of “humanitarian intervention” in both scholarship and political summits. He argues that while the ideal of responsibility to protect is a good one, there are two quite distinct versions of the concept. The idea of R2P put forward by the Global South at the 2005 U.N. World Summit was based in clear humanitarian principles. In contrast, the version authored by former Australian foreign minister, Gareth Evans, in the 2001 Report of the International Commission on Intervention and State Sovereignty, gives NATO the right to its self proclaimed jurisdiction. In that model, there is no check on the possibility that the U.S., which Chomsky refers to as the “global sovereign” and other Western powers, will misuse R2P in order to strong-arm smaller and less powerful countries to do their bidding.

The book is both incisive and concise. That said, Chomsky continues to suffer from a problem Wolin identified many years ago: he doesn’t offer a theory to explain the global politics he critiques. Chomsky notes that the global economy has diversified enough over the past 40 years, that this might not (should not) be the case. But why is it still? With force and verve he eviscerates the idea that the U.S. has a noble foreign policy, and yet gives us little in the way of explaining the hegemonic power of the idea that the U.S. is the world’s policeman, and appropriately so because of it’s superiority. This assumption of superiority is so broadly accepted as a matter of course in the U.S. that it is likely a key factor in explaining how easy it is to manufacture consent to a foreign policy that is inconsistent with ideas of fairness, “the Golden rule”, and humanitarianism. Likewise, it is an impediment to fomenting political dissent.

That said, this is a wonderfully useful book for many reasons, but most importantly because it pushes the reader to ask questions that are rarely raised in corporate media and popular politics. His irreverence towards the academic left, who he argues often fall victim to the official narratives of the global powers, rather than rely upon their own critical assessments, is refreshing in an age where partisanship and neoliberalism contract the breadth and decency of the political imagination. Although the picture he presents is bleak, the book ends with possibility. He continues to believe in the power of the active mind and communities of conscience to bring pressure to bear and effect change. Thus, the book demands something of the reader, calls upon her to allow its information to affect the way she navigates the world of politics. Chomsky leaves us with hope for a different, and sincere, new humanism. Those of us who live and think in nations that exercise enormous power over the lives of people across the globe, should maintain awareness of what is done elsewhere under our flags. We are challenged to imagine a world in which global powers respect the sovereignty of smaller nations, a world free of presumptions of superiority created in the age of Empire. And in our political lives, we must pressure our politicians to bring consistency between our noble ethos’ and our actual deeds.

Imani Perry is a Professor at the Center for African American Studies at Princeton University. You can find her on Twitter @imaniperry. 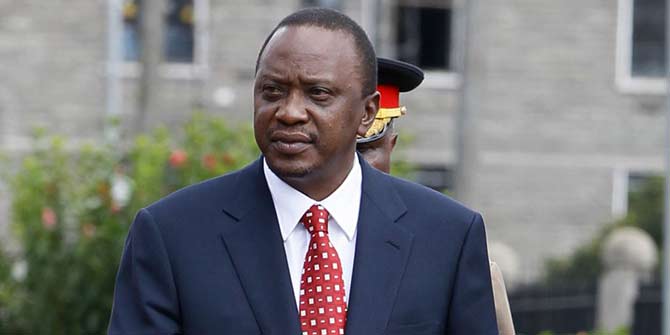 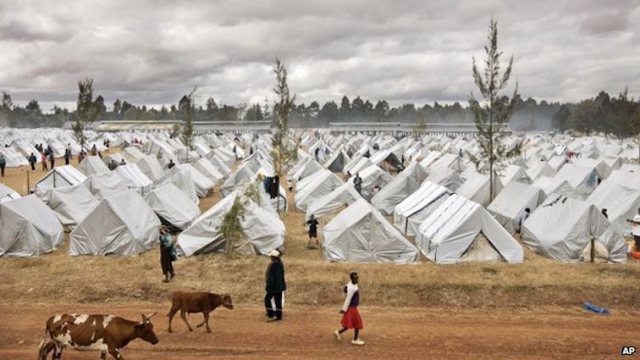