LSE’s Mareike Schomerus discusses the role of context within security and development.

It’s an easy point to make: current programmes on security and development do not pay enough attention to context. I myself have tried to land that punch during past discussions. Now I cringe when I hear about ‘context-sensitivity’ because it implies that understanding and recording ‘context’ is both achievable and measurable. It also suggests that ‘context’ can be taken into account when planning policies to improve security for those caught up in conflict or violence.

I am not advocating ignorance of what actually happens where the population faces severe challenges to their security. Instead I propose that if we want to measure progress in security, we need to find better ways to work with the notion of ‘context.’

A useful aspect of working across disciplines is that we find out how other disciplines ask questions. Take, for example, the notion of the ‘end-user’ of development policies – a term that is prevalent in development programming today. But it originated in computer science – a field that has a very different perspective on how to understand context.

For computer scientists, ‘context-aware security’ means considering the circumstances of a user wanting access to a computer system. ‘Context-aware security’ scans the user information, what the user is attempting to do and through what means. If any of this is at odds with the system, access is not granted. If we transfer this approach to development and security, what or who is ‘the system’?

In development it is not the system that decides if the context of a new actor – or user – is credible, but the organisation that wants access. But then what? Does the context stay still once the research on how to fit into the current situation is concluded? Of course not. As soon as any outside actor – be it a researcher or an organisation or the President of Something – intervenes in a local security issue, it changes the context of power structures, resources and incentives. Yet development programming rarely takes into account how its own ongoing role shapes the context.

Combining the pursuit of all the moving parts of context in development with the measurement of progress is a challenge. South Sudan’s context, for example could, until renewed violence in December 2013 be summed up as post-war and underdeveloped, characterised by entrenched militarised structures and with high international stakes at play. I simplify—there is variety in different parts of South Sudan—but as a summary it tends to suffice as a shorthand for external actors explaining South Sudan. Progress was measured largely in numbers (numbers of police officers trained, soldiers demobilised, incidents recorded) and context was often used as an explanation when the numbers did not look that great.

But now that South Sudan’s political crisis has turned into large-scale violence in parts of the country, what is today’s context for security and development programmes? The old context has not gone away, but given that some actors have created a new context – using the old context to explain why the new context came about – what context is it that security programmes must take into account and how?  Context, as we can see in this particularly drastic and tragic example, is continuously contested and re-created. In such a situation, success cannot be summed up in numbers.

This does not mean that engaging with the notion of context is so complex that going back to straightforward, ideology-driven programmes might yield better (that is, more measurable) results. Instead, I propose a view of context as the sum of ever-changing individual experiences. Taking individual experiences as a starting point for any programme might help in understanding how context is shaped, changed and adjusted.

Looking back to ‘context-aware security’ in computer science, we see that this allows controlled access to a system. Its detailed checklist serves as a useful reminder that continuously asking questions before each engagement is important. If we transfer this notion to development and an emphasis on individual experience, it is helpful to remember that the individuals at the receiving end of a development programme represent the ‘system’ that is being targeted. And the access questions those at the receiving end of programmes might ask could be inspired by context-aware computer security.  Who is the organisation that is trying to enter our system? What methods are they using and what resources are at their disposal? What are they trying to achieve and how are they planning to achieve it?

Thinking of context awareness as something that is judged by end-users —rather than by a programming organisation or donor – might well encourage those designing context-specific programmes to examine their own role in shaping context. Crucially, continued questioning reminds us that ‘context’ is neither settled nor specific. Sensitivity to context is generally a good thing, in development as in life, but if it is used merely to take a snapshot of a situation, it has missed its point.

This piece originally appeared as part of ODI’s Development Progress series ‘What role for security in development progress?’.

Mareike Schomerus is a researcher on the Justice and Security Research Programme. She has recently written about the challenge of ‘context’ in establishing the rule of law in South Sudan in the forthcoming Harvard University Press volume on The International Rule of Law Movement: A Crisis of Legitimacy and the Way Forward. 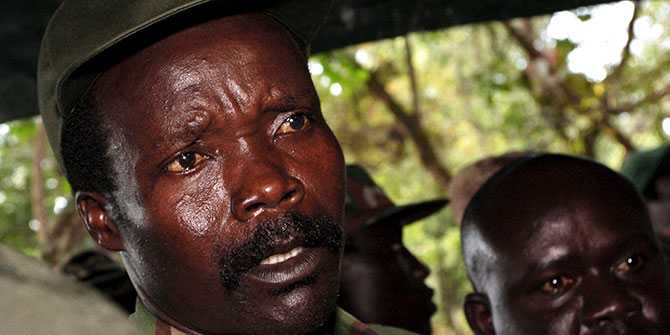 Why Cults Work: The Power Games of the Islamic State and the Lord’s Resistance Army