Francesca Washtell reports on BudgIT, a mobile app and website, which is enhancing the way Nigerians can hold their government to account.

In recent years sub-Saharan Africa has gained praise and international attention for its innovative and expanding technology scene. Much of the praise has so far been directed to Kenya, home of the revolutionary mobile banking app M-Pesa, leading it to be dubbed the ‘Silicon Savannah’. However, there are a number of thriving start-up bases across the continent which are increasingly offering home-grown tech solutions to some of Africa’s biggest social and political challenges.

In Nigeria, one of the most successful examples of technology combining with social change can be found in the form of a mobile app and website called BudgIT. Established in March 2011 by Nigeria’s Co-Creation Hub (a non-profit incubator for creative, socially-minded tech ventures), it launched in September of the same year with the simple yet profound aim to make Nigerian government budgets more accessible, understandable and transparent.

Although at present the Nigerian budget is published annually, it usually only emerges in non-readable PDF formats that have little hope of trickling down and informing ordinary citizens about government spending. With the big data the budget generated frequently being lost through poor presentation, and the majority of Nigerians losing out on holding the government to account and tracking its spending, the need arose for a more inclusive way to publish the data and enhance citizen participation.

BudgIT’s expertise is to visually present Nigerian federal and state budget data using infographics, interactive charts and games that can be found on both its website and app. Mindful of Nigeria’s education and literacy rates, utilising a visual approach both simplified the data and allowed it to reach a much wider audience.

According to Oluseun Onigbinde, Team Lead at BudgIT, “BudgIT understands the literacy span in African society and that most citizens cannot understand budgets, public data and public policy in the manner that it is provided to citizens. Our approach is to use creative means to simplify the budgets and allow more voices in the room who demand accountability and transparency.”

The reaction to BudgIT from the Nigerian public has been phenomenal, and since launching in 2011 the website has generated over 4 million hits and there are more than 172,000 unique users. Although Nigeria is Africa’s biggest mobile market, BudgIT are aware that a large percentage of Nigerians don’t have smart phones and are not on social media. This has prompted small forays into grassroots campaigning, such as in Ekiti State, which ensured that citizens who form the highest voting block had access to the budget before casting their votes.

The response from the Nigerian government has also been encouraging. Even if BudgIT is not always on the same page as the government and sometimes uses Freedom of Information instruments to request certain data, they have worked with the government in a capacity building programme for the National Assembly Budget and Research Office (NABRO) to ensure that they have the right skills in budget data analysis, although there have been more collaborations as well. “We also built software that easily maps the Nigerian budget according to location for geo-tagging purposes. The Ministry of Finance and other leaders in the development sector appreciate what we do and even specifically ask donors to fund us,” says Onigbinde.

As well as receiving a good reception from both the Nigerian public and government, BudgIT quickly garnered praise and support from the wider international development community. The principle of transparency has gained increasing traction in the past decade and is now firmly planted at the top of the international development agenda. When the G8 summit was hosted by Britain last year, although many of the goals of development and charity campaigns revolved around familiar themes such as increased aid and the elimination of world hunger, transparency and related tax initiatives were also at the forefront of demands, constituting a key pillar in the Enough Food For Everyone IF campaign. Among the organisations who have worked with BudgIT include Partners for Democratic Change, ONE, Open Society for West Africa, the World Bank, Open Knowledge Foundation, Westminster Foundation for Democracy and a host of others.

While transparency is an issue being widely promoted by the NGO and development community, initiatives such as BudgIT demonstrate that some of the most effective ideas for social change can be locally generated. BudgIT receives most of its funding through grants from international NGOs and the development sector, but Oluseun agrees with the fundamental definition that BudgIT is a Nigerian invention and “an innovation within a democracy.” BudgIT’s model is currently being tested in Sierra Leone, Liberia and Angola and will be opening an office in Sierra Leone this July.

Supporting technology start-ups, competitions and local hubs may be one of the best ways to cultivate entrepreneurial ideas that come from within Africa itself, rather than relying on the advice of international policymakers or development workers. This model holds true for the rest of the world too and development practitioners who don’t engage with local technology scenes may well find themselves missing out on some of the most pioneering products and organisations in a given country. As Oluseun explains, “technology might not be the entire solution to the multi-faceted problems but it is an enabler for improvement.”

Francesca Washtell is an LSE alumna 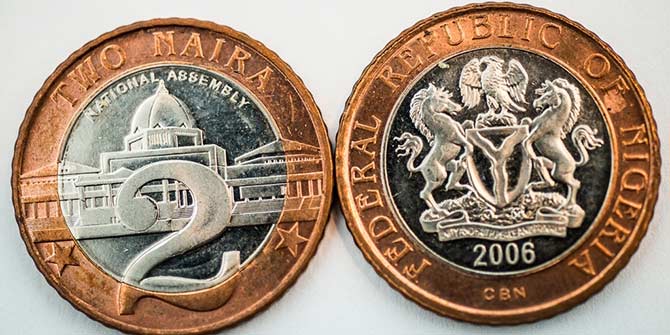 Bad Behavior has blocked 4802 access attempts in the last 7 days.