There is probably no time when people are more aware of history than when they are in the midst of making it. In Burkina Faso, President Blaise Compaoré had scarcely fled from huge crowds of angry demonstrators when protesters and commentators alike began drawing parallels with other momentous uprisings.

Some recalled the Arab Spring revolts three years earlier, and wondered if this was the start of a sub-Saharan “Black Spring”. For others, the sacking and burning of the National Assembly on 30 October 2014 was reminiscent of the storming of the Bastille—an event featured in the former French colony’s school textbooks. Yet others saw similarities with January 3, 1966, when a popular outpouring ousted the first president of Upper Volta, as Burkina Faso was then known.

The most common reference, however, has been to the revolutionary period led by Thomas Sankara, who was president from August 1983 until his assassination in Compaoré’s October 1987 military coup.[1] Some of today’s older protest figures had been colleagues of Sankara. Yet the big majority of insurgent youths who mobilised to bring down Compaoré are far too young to have had any direct experience with that charismatic leader.

Despite the passage of time, the ideas promoted by Sankara remain attractive to disgruntled youth. Ibrahim Sanogo, a university student, commented that young people “look back more at that period because something is wrong in the country today. Sankara was not just fighting imperialism for the sake of politics but he wanted the Burkinabè people to develop themselves and their land and rely essentially on themselves instead of the West.”[2]

Such admiration is not without an awareness of some of the shortcomings of the revolutionary era, including its repressive and non-democratic aspects.[3] Followers of “Sankarist” ideas nevertheless draw on them for inspiration and to frame their notions of social justice.

Sankarists were far from the only leaders and activists who spurred the demonstrations that forced Compaoré off his perch on 31 October. Their political outlooks and ideologies spanned a broad spectrum. Nevertheless, Sankara’s portrait was often carried by demonstrators. His recorded voice rang out over demonstration sound systems. Quotations from his speeches featured in popular chants and in the addresses of protest speakers. Even politically moderate opposition leaders concluded their speeches with “La patrie ou la mort, nous vaincrons!” (Homeland or death, we will win), the emblematic slogan of Sankara’s government.

The leaders of the main opposition parties—a few of them Sankarist but most with other perspectives—played important roles in calling the months of large public demonstrations that built up to the final showdown. But it was loosely coordinated activist circles and youth networks that made the fateful decision to massively confront the regime’s security forces, with several dozen sacrificing their lives in the process. These groups included Balai Citoyen (Citizens’ Broom) and other currents that openly count Sankara among their heroes.[4]

Since Compaoré’s departure, a transitional government has been installed, responsible for organising new elections by November 2015. It is comprised mainly of technocrats, intellectuals, civil society figures and army officers, but also includes several prominent Sankarists. The new minister of justice is Joséphine Ouédraogo, who served as a cabinet minister under Sankara. The head of the transitional parliament is Chérif Sy, an independent newspaper editor well known for his radical views and his role in organising commemorations of Sankara’s assassination. The political dynamics unleashed by the popular mobilisations and the Sankarists’ moral authority as longtime, tenacious opponents of Compaoré now give them a strong voice in pressing for fundamental reforms and for justice in the worst human rights and corruption cases of recent decades.

Top government officials have bowed to this popular mood by making strikingly favourable references to the Sankara era. Michel Kafando, the transitional president, has praised the revolution’s “egalitarian development model”.[5] His prime minister, Lt.-Col. Yacouba Isaac Zida, has extolled the “identity of integrity that we have carried proudly since the August 1983 revolution”.[6]

Clearly, for many in Burkina Faso today, the Sankara revolution is not just a chapter in the country’s past. Its echoes continue to reverberate, as the Burkinabè people consider ways to reshape their society. 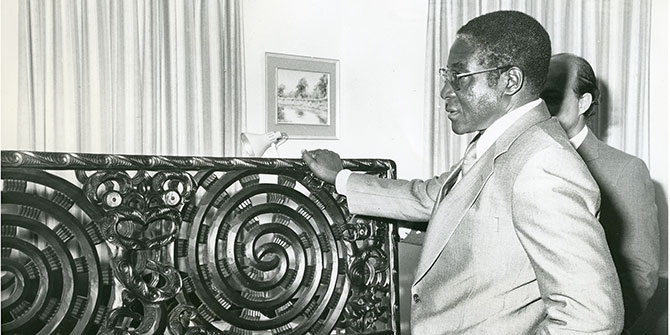 Bad Behavior has blocked 3504 access attempts in the last 7 days.