Over the last decade, South Africa has seen a rise of hostility towards non-natives living in the country punctuated by victimisation, assault, murders, theft and mass displacement. Bhekinkosi Ngubeni examines the causes of current discontent through interrogating historical contexts that have led to present day attitudes.

Origins and Developments of Migrant Pathways

Throughout the apartheid era, male migration from Mozambique, Botswana, Lesotho and Swaziland formed the core of inward migration patterns. In the nineties, migrant labour constituted 60% of South Africa’s mining workforce employing vast amounts of unskilled labour within the primary sector. To date, over five million people live as ethnic minorities in the country made up of various compositions.

However, beneath the rainbow banner lies a strong hand over movement of migrants based on exploitative apartheid legislation such as the 1991 Aliens Control Act. The current ANC-led Government, inadvertently or otherwise, continues to promote and advance a “them versus us” theme grounded firmly on oppressive foundations.

In May 2008, South Africa witnessed widespread attacks on foreigners in the Johannesburg Township which subsequently spread to other provinces. Sixty-two people were killed and more than 100,000 displaced. Recently, Durban has been at the forefront of fresh aggression with six recorded deaths and many migrants displaced, having to leave their homes to move to overcrowded and unsanitary “camps”.

Evidence of the manifestation and implementation of these shaky institutional positions leading up to the vicious attacks are epitomised by the 2002  Immigration Act, which is packed with provisions that demonise and criminalise immigration, and which does not uphold the rights of immigrants and does little to distinguish between different categories of immigrants.

Southern African migration expert, rofessor Jonathan Crush, concluded that except for a period during late 1980s and early 1990s “Africans have never been welcomed as immigrants in South Africa.” Historically, migrant legislation is characterised by short-term contracts and high levels of control with no defined path to settlement while published by the Journal of African Studies found that immigration policy is the project of colonialism, segregation and apartheid”

The South African Human Rights Commission concluded that Government is not doing enough to curtail prejudice and hostility towards non-nationals. Some NGOs claim that social attitudes are shaped and influenced by leadership spreading anti-foreign messages which act as a trigger for violent unrests.

One such powerful lobbyist is Zulu King Zwelithini. A few years back, he urged Government to indiscriminately reduce net migration while his recent “migrants should pack and go” speech set off a new wave of attacks. However, King Zwelithini has since said that his comments in a speech on 20 March 2015 were taken out of context. Conditioned by such hostile top-down attitudes, it is no surprise that vigilantes take it upon themselves to resolve the “situation.”

A separate theory suggests that part of the xenophobic attitudes in South Africa derives from ethnocentrism, a tendency to view one’s own group as the centre of everything, with all others scaled and rated with reference to their being. This feeling of superiority to other groups creates intergroup or interracial bias that fuels prejudice and xenophobia. The scary takeaway is that acts of this nature, that is, the institutionalised inability of non-South Africans to flourish, is an instrument Hitler used against the Jews which he termed “denationalisation”

Meanwhile, based on social surveys, migrants are said to create competition for the few jobs available and place unsustainable demands on finite state resources. Public services are supposedly stretched due to capacity issues chiefly within critical sectors such as healthcare and housing. In the labour market, unregulated individuals allegedly put downward pressure on pay rates allowing corporate types to exploit the glut in cheap labour.

The reality is migrants are not eligible for subsidised housing. At work, they participate mainly in informal sectors and farming or cover the “unpopular” jobs gap. Right to access healthcare is guaranteed by the constitution regardless of documentation status yet undocumented migrants are reluctant to seek medical assistance due to fear of deportation, language barriers and attitudes of healthcare service providers towards migrants.

It has been suggested xenophobic attitudes are further fuelled by perceptions that immigrants parasitically flourish on the body of an unsuspecting country, sucking its culture dry. Personally, I find such prejudices uncritical and misleading. If anything, most migrants have adopted extreme assimilation strategies to blend into the South African lifestyle. Mozambican refugees in Kwa-Zulu Natal have changed their surnames, learned the local languages and adjusted personal beliefs to fit into their new environment. To accuse migrants of culture erosion is both damaging and unhelpful.

The fact is a number of variables contribute to the subject including criminal elements, problematic border controls, a national culture of violence and unrealistic post-apartheid expectations. Such issues are rarely brought to the surface yet they hold the key to understanding the nature and factual composition of the challenge.

The Department of Home Affairs has effectively left the police, army and other agencies to deal with immigrants without providing the necessary operational framework. This in turn has led to law enforcement acting in accordance to personal value systems. More often than not, the system as a whole is indifferent to the welfare of immigrants. To make things worse, the police are not equipped with the right training and skills to manage this sensitive situation. They adopt the stance of a spectator who acts only to contain, not to prevent.

Notably, there is some effort underway to address xenophobia in schools, workplaces and communities. A special dispensation permit is available under the Immigration Act for those without legal documents. Since 2009, Zimbabweans with travel documents have been allowed a 90-day ‘visa free ‘entry permit into the country. There is hope and progress albeit at a slow rate.

Xenophobia is a peripheral stain on post-apartheid South Africa. However, the absence of strong political leadership or a lax attitude on migration issues means social turmoil will continue to rear its ugly head should the issue will continue unabated, undermining the core principles of “ubuntu” based on human equality, social justice, and social cohesion. 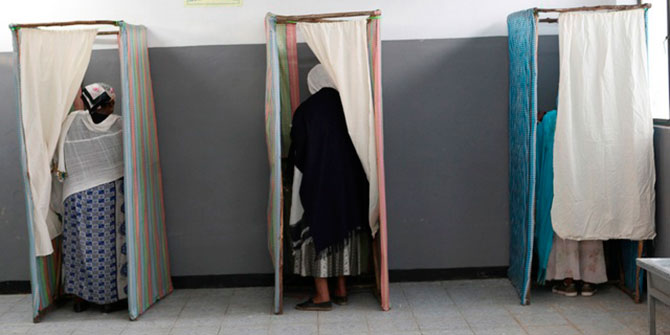 Bad Behavior has blocked 2735 access attempts in the last 7 days.