Richard Mutabazi argues that the ICC needs to incorporate the traditional processes of the communities it seeks to represent if it is to succeed in its pursuit of international justice.

If the international community is to achieve global justice and peace, it has to look beyond institutions such as the ICC and adopt alternative methods of negotiating justice.

Firstly, traditional methods of obtaining transitional justice within post-conflict regions should neither be ignored nor discouraged. Since ICC was founded in 1998, traditional methods in obtaining transitional justice have been on the decline. Arguably, the main reason for this is that the ICC claims to do the job better. Adam Branch argues that this is based on the assumption that most post-conflict regions such as northern Uganda are unable to deliver effective transitional justice. Such claims from the ICC ignore that using a foreign international institution to achieve domestic justice or peace will, in most cases, disengage from what the locals perceive as justice.

With regards to the situation in northern Uganda, for instance, the Acholi people believe that in order to achieve real justice and peace, a form of traditional transitional justice has to be used which involves tribal elders, spiritual gods, chiefs and the presence of conflicting parties which appears to have worked for generations within their given context. Their form of transitional justice comes from within their society, a practice that does not even involve the Ugandan government or any other form of outside intervention.

According to Tim Allen, such practices are seen as ineffective, backward, primitive and uncivilised by the Western countries. For the latter, the solution seen as fit to deliver justice is centred around Western-centric judicial institutions such as the ICC. It is worth noting that the Acholi people did not choose to seek justice through the ICC, rather it was the Uganda government, which for years had neglected the north of the country[1]. The point here is that for the ICC to be effective in achieving peace and international justice, traditional practices created by the locals should be given a chance. Therefore, if a mechanism for obtaining justice does not fit into the Western traditional concept of justice, it should not be undermined or viewed as ineffective.

Through the use of political dialogue and diplomacy, truth and reconciliation should also be encouraged by the ICC in the quest to achieve peace and global justice. The problem with international criminal law and the ICC is that both function as a dual mechanism of achieving justice. By this I mean that in international criminal law, one is either guilty or innocent, with the aim of punishing the guilty. Such a process ignores the fact that many of the conflicts in countries such as DR Congo are political. Rather than calling for a political solution and dialogue, the Court instead preaches punishment as the mechanism that leads to peace[3]. Its thirst for punishment discourages the use of amnesty and undermines peace talks.

Father Carlos Rodriguez, an Acholi religious leader and peace initiator from northern Uganda, stated that “nobody can convince the leaders of a rebel movement to come to the negotiating table and at the same time tell them that they will appear in courts to be prosecuted”[4] (quoted from Adam Branch, 2011b, p.190). Rodriguez’s statement demonstrates that the prospect of punishment will discourage any form of political agreement. To put this in perspective, if Nelson Mandela and the freedom fighters of South Africa had the same mentality of revenge and punishment as the ICC, South Africa never would have achieved peace, as argued by Mahmood Mamdani.

Scholars such as Benjamin N. Schiff argue that transitional justice in South Africa sacrificed full accountability in the process of achieving peace[5]. The point that Benjamin misses is that in the case of South Africa, the decision to forgo accountability was made by South Africans themselves, unlike the ICC which decides to deliver justice without the consent of the victims it claims to represent. The ICC should understand that punishment of the perpetrators is not the only solution to achieving peace or justice.

However, for the political philosopher Hannah Arendt, punishment is necessary; she insists that since evil occurs on a collective, political scale, it therefore requires a political response through institutional arrangements and judicial discourse within the global legal order[6]. Arendt’s argument is correct on the basis that the evil in question at the time was the holocaust, so the solution was setting up judicial courts within the same society in which the evil occurred. Using such a model in areas like Africa incurs some difficulties in implementing justice because the principles and norms on which the ICC is built are different from the areas in which it is trying to achieve justice, an argument also put forward by former South African president, Thabo Mbeki[7]. In other words, the ICC does not relate directly to the people to whom it aims to deliver justice.

Another problem is that international criminal law tends to be obscure about the root causes of the crisis it aims to solve. For example, the conflict in eastern DR Congo was notable in having multiple triggers. For many, the primary cause of the conflict in this region was said to be natural resources. The ‘resource curse’ thesis, as it is called by Richard Aunty, has fuelled the DR Congo conflict for nearly five centuries, as argued by Patience Kabamba[8] . An ever increasing demand in natural resources from western countries led the convicted rebel leader Thomas Lubanga to form an army of child soldiers to protect areas with natural resources.[9]

In spite of that, the court case of Lubanga did not make any reference to illegal arms dealers or companies that traded in minerals as having a role in the actions taken by Lubanga. In the eyes of the ICC, the only criminal was Lubanga, because the ICC’s mandate is to try individuals only. This, however, does not justify why the same mandate ignores Western individuals who sold the illegal arms used by Lubanga to kill civilians, the same mandate also ignores diamond traders such as De Beers who have constantly paid millions in exchange for minerals even though they know the money goes to rebel groups, a claim put forward by 2001 World Bank report.

The ICC should therefore change its mandate and prosecute ‘invisible perpetrators’[10] as Adam Branch calls them and while still allowing room for political dialogue and diplomacy to solve complex situations such as the one in DR Congo. The ICC has the potential to achieve peace, but in order to do so it has to reform its power structure while working with alternative methods such as transitional justice, truth and reconciliation, and political dialogue.

Richard Mutabazi is a graduate of the University of Westminster. 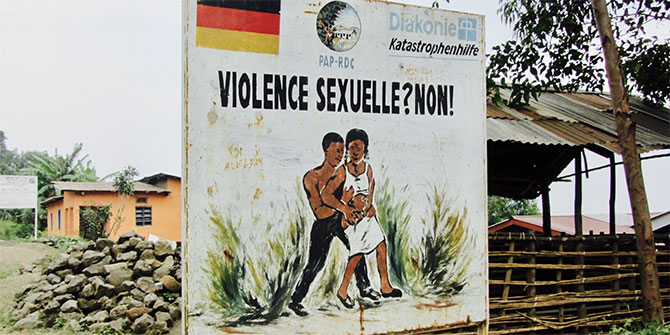 Bad Behavior has blocked 1445 access attempts in the last 7 days.