Waiswa Nkwanga argues that despite major changes in the Global Goals for Sustainable Development (SDGs) overall, the targets for health represent more of the same.

This post is part of the Africa at LSE, IGC and South Asia at LSE cross-blog series.

The Sustainable Development Goals (SDGs), which have dominated the development discourse for the past couple of years, are now official. They replace the Millennium Development Goals (MDGs) for the next fifteen years. Unlike the MDGs, which focused primarily on developing country problems, the SDGs are broader, more comprehensive and global, encompassing more universal problems such as climate change, inequality, unemployment, and so on.

Unfortunately, when it comes to addressing problems specific to developing countries, in particular health care, the SDGs are a mere extension of the MDGs: They focus not on building strong, sustainable and effective health systems needed to protect and sustain lives over the long term, but on saving lives in the short term.

To be fair, health is among the top five goals of the SDGs. In fact it is number three on the list and understandably so. The number of people dying from preventable diseases such as TB, malaria and other health problems like maternal mortality is embarrassingly high for the 21st century and calls for immediate action.

But it is wishful thinking to assume that we can actually protect and sustain those lives over the long term without strong health systems in place. Yet, as important as health systems are, this only received a cursory mention in the SDG health targets at the very bottom of Goal 3.

This is a fundamental flaw because the long-term health of all people in any given society fundamentally depends on the strength of the health systems in place. As we saw with the Ebola epidemic in West Africa, in the absence of strong health systems, diseases and epidemics become formidable and hard to control, threatening lives beyond national borders.

Despite gains made over the past fifteen years of the MDGs, the most recent data shows a severe shortage of the health workforce, infrastructure and technologies – the cornerstone of health – in poorer countries. According to the World Health Organisation’s 2015 report, for example, physician to patient ratio in the African region as a whole was just 2.7 per 10,000 population.

A common claim that we keep hearing is that corruption is to blame for the breakdown of health systems in poor countries. While corruption indeed affects the development of health systems, it is only a small part of the problem. The bigger problem is the decades of underinvestment in health care due to cuts in governments’ spending on health. Those cuts were the result of certain policies imposed on poor countries by the IMF and World Bank.

At the micro level, corruption in the health sectors of many poor countries is fuelled by the severe shortage of doctors, medical products and technology also due to budget cuts. Consider the case of Liberia where, at the time of the Ebola crisis, there were less than 100 doctors working in the public health system in a country of more than four million people. That is about one physician per 100,000 people. The corruption that emerges out of extreme conditions such as these is consistent with the basic rules of supply and demand. The only difference is how it is done.
For the past fifteen years of the MDGs, the international community has pursued a narrow path focused on providing short-term, life-saving interventions in poor countries instead of helping them build sustainable and effective health systems. That model undoubtedly saves lives in the short term, over the long term, however, the absence of a strong and effective healthcare system makes it very hard to protect and sustain those lives. Unfortunately, the SDGs were predicated on the same model. They represent business as usual. 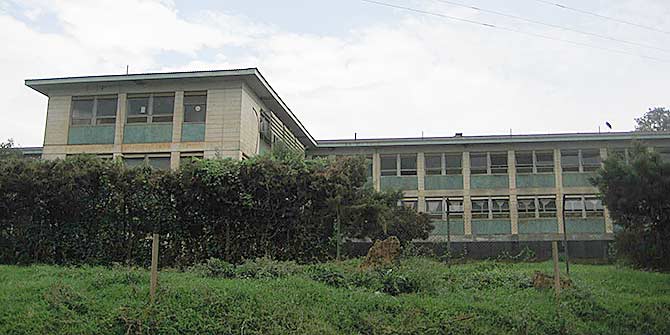