India-Africa Forum and Summit in October 2015 saw African leaders welcomed with unprecedented levels of ceremony and political theatre. But Daniel Large writes that underneath new branding were old questions about how what was witnessed in Delhi will be followed through on in substantive ways, and the extent to which these will catalyse relations beyond political level.

The third India-Africa Forum Summit (IAFS) in Delhi elevated India’s relations with the continent to an unusually prominent position from 26 to 29 October 2015. Now, once again, China is overshadowing India’s relations with Africa as the political clock counts down to the Sixth Forum on China Africa Cooperation in Johannesburg on 4-5 December 2015.

The series of Africa events organised by the government of India culminating in the India-Africa Forum and Summit marked a departure, albeit brief, in what had hitherto been India’s notable, historic and enduring but not especially salient engagement.

Although it seemed like a first, and was a presented as a self-styled ‘reinvigorated’ partnership, this was actually the third IAFS. It upstaged the previous two, however, in considerable style. Much of this was because of the role of Prime Minister Narendra Modi, and the fact that it was open to all African states for the first time. A further reason was the atmosphere of ceremony and political theatre.

IAFS slogans and billboards – ‘diverse economies, united future’; ‘reinvigorated partnership, shared vision’, or ‘partners in progress’ – were evident from the airport and along the official routes in Delhi. Despite some Indian media hype, Delhi felt like a divided host during its African week, caught between a government anxious to pull off an ambitious, logistically demanding and complicated diplomatic event and a bustling, congested city less enamoured with the need to smooth the way for myriad African guests. While news of the IAFS events crept up the agenda before the heads of state summit, a more prosaic point of commentary and widespread complaint concerned not so much India’s new Africa partnership as the congestion caused by VIP traffic. Nonetheless, introducing Africa to India seemed to be one aim of much coverage (and India to Africa one aspect of the IAFS events). The continent was widely styled as ‘the next big thing’ for India, articles or information sheets with titles such as ‘How India can tap the wealth of 54 nations’. For all the official talk of historic ties, it was striking how obviously new present-day Africa appeared to many.

The IAFS venue looked impressive on TV. Indeed, the Indira Gandhi Stadium complex where the main event was held had the feeling of a TV studio. Modi’s speech to 41 African heads of state and government was a masterful example of political theatre, regardless of the merits of what he said (and who – like Nehru – he conspicuously didn’t mention). Balancing statesmanship and salesmanship, his commanding address was replete with rhetorical flourishes (‘Today it is not just a meeting of India and Africa. Today, the dreams of one-third of humanity have come together under one roof.’) The speech ended with media-friendly announcements intended for easy headlines: concessional credit of $10 billion over the next five years (on top of India’s ongoing credit programme); grant assistance of US$600 million (including an India-Africa Development Fund of $100 million and a $10 million India-Africa Health Fund).

India’s Africa engagement was Modi-fied in fine surface style at IAFS. It was heralded by Modi as representing a reset in Delhi’s Africa relations, a message duly repeated by the African dignitaries involved. However, in many ways it reprised familiar issues: underneath the theatre, political performance, and new branding were old questions about how what was witnessed in Delhi in October 2015 will be followed through on in substantive ways, and the extent to which these will catalyse relations beyond political level. Two points might be noted.

There is no doubt, firstly, that a core part of the IAFS was politics and India’s diplomatic aim of achieving UN Security Council reform. Modi was clearly trying to sign the continent’s leaders up to India’s UNSC ambition, which played well in domestic press coverage. Beyond rhetorical mutual support by Delhi and its diverse African partners, this is obviously easier said than done. Secondly, it remains to be seen how the relationship between the Indian state and its business sector works to drive the economic agenda underpinning relations and, especially, if the state can deliver on Modi’s corporate agenda.

As always, and an issue already raised in relation to China’s FOCAC summit, summits are ultimately judged on results. A UNSC seat will be extremely difficult to achieve in the foreseeable future, Delhi has now done much to elevate expectations about its engagement. What matters now is the key hope many shared before Delhi’s brief African encounter under Modi’s leadership: tangible action to narrow the distance between new rhetorical heights India-Africa relations have reached and substantive outcomes.

Africa is looking toward FOCAC 6 attentively, and Delhi will likely be following closely as well. Before becoming President, Xi Jinping carefully prepared to undertake his Africa relations as Chinese leader. Despite a very busy global travel schedule, Modi has not visited the African continent as PM (unless Mauritius and the Seychelles count): Africa had to go to him first. In many ways, Modi’s concurrent multi-tasking of Africa and the Bihar elections in October was a nod both to his centre of political gravity and the challenges of squaring his global diplomacy with domestic imperatives. He will be expected – and needs – to visit the African continent if the injection of purpose the IAFS provided is to be maintained such that the next IAFS, in five years time, can reflect on genuine progress.

This article was first published on the South Asia at LSE blog.

Daniel Large teaches at the School of Public Policy, Central European University and is a fellow of the Rift Valley Institute.

#US Presidential Elections – An Odd Couple: #RonPaul and #Africa 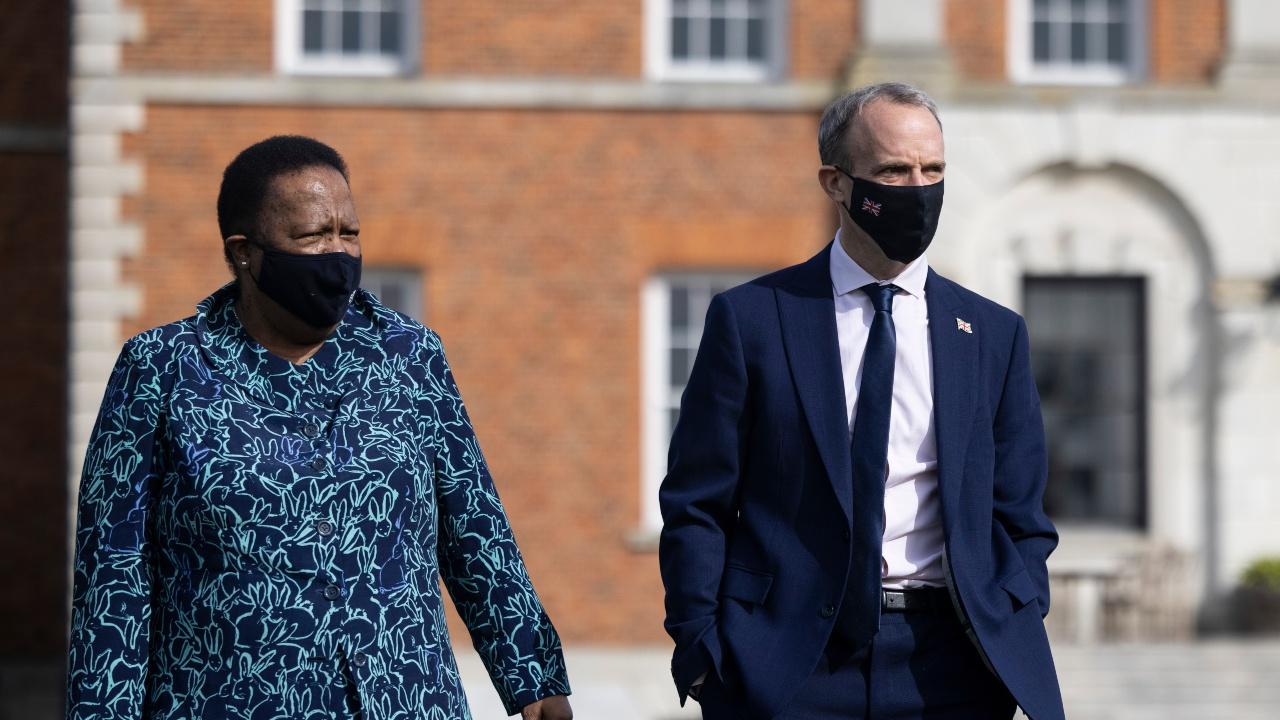 Bad Behavior has blocked 2267 access attempts in the last 7 days.