With 44 per cent of Uganda’s voters under the age of 30, the youth vote could prove a game changer in the 2016 general elections, but will it? LSE alumnus Yusuf Kiranda provides analysis.

The third general elections since the reintroduction of the multiparty system will be held in Uganda on February 18. Elections have been seen as a quasi-market where political agents trade policy promises to voters who make choices that permit selected politicians to control government institutions and by this determine the allocation of scarce resources. The logic of electoral competition is that politicians are primarily concerned with attaining electoral victory, they thus have a proclivity to respond to the interests of those groups which are seen as most likely to swing the vote.

Motivated by the Arab Spring as well as the most recent developments in Burkina Faso, considerable discourse on current African political processes have paid much attention to the continent’s youth. Their demographic significance and high unemployment rates are seen as factors that have augmented youth political activism. In the 2016 elections in Uganda, population statistics and the national voters’ register show that youth make up a significant proportion of registered voters: around 44 per cent of 15.2 million. Counterfactually speaking, if Ugandan youth were to significantly turnout and cast their vote as a united bloc, they could swing the vote to determine the eventual election outcome—only 60 percent of total registered voters turned out to vote in the most recent election in 2011. However, the absence of youth-specific issues, possession of multiple identities as well as high unemployment and poverty levels makes co-ordination of the youth vote a tall order. As such, young people’s demographic significance and their high numbers on the voters’ register may actually count for less than often speculated. Indeed whether young people will turn up in large numbers to vote remains a matter of guesswork.

There are no youth-specific issues in the election, which could have been a starting point for mobilisation and coordination. The 2016 campaign—unlike previous ones—have generated debate on a number of policy and development issues. From typical conversations on peace and stability, to frustration over surging unemployment, to concerns over failing delivery of public goods and services particularly education, health and transport infrastructure, Ugandans this time round seem to be looking beyond the personalities of individual candidates. Evidence, however, suggests that all age groups, young and old, are similarly concerned about these issues. Simply put, the campaign has had no issues specific to youth, it has had general issues.

Yet efforts by youth organisations and their western benefactors seeking to foster deliberations on “youth interests” as often followed on television and radio as well as in print and social media are not to be undermined. However, it would also be risky to ignore the unintended possibility of such measures to position youth as attention-seekers simply appealing to candidates “not to forget” them. Ideally, much of the focus ought to have been on enabling young women and men to better organise and potentially coordinate their vote as only then would office-seeking politicians consider a youth voice as a credible voice. Put differently, to focus on the sophisticated presentation of youth demands—as is the case with most donor funded NGO-led interventions—is to rely on the illusory benevolence of politicians, yet to focus on organising youth groups with a view of influencing voting patterns would demonstrate an understanding of the logic of electoral competition. This would portend better chances of creating impact. As research shows, beyond income and wealth, the capacity of different groups to organise determines their ability to hold power.

But coordinating youth can itself present an unsolvable puzzle. First young people have multiple identities: within the pluralistic system, they identify with diverse political parties. Party identity has a strong effect on who one decides to vote or even sabotage. Moreover, there are other factors in the Ugandan political arithmetic which portend a strong bearing on people’s choices—ethnicity, religion, nature of economic engagement, level of education and income, rural or urban livelihoods, to mention but only a few. Like other Ugandans, youth too are part of these diversities. Thus, an expectation to influence election patterns on the card of youth identity would be fairly naïve.

Surging unemployment and high poverty rates exacerbates co-ordination problems for youth groups. As a recent study confirms, as many a youth are struggling with day-to-day survival needs, and have become highly susceptible to patronage and clientelistic politics. Put differently, the opportunity cost of choosing between now and the future is simply too high.

What is worrisome, however, is that with unemployment and poverty also comes frustration. The feeling of ‘nothing to lose’ and ‘perhaps something to gain’ portends to incentivise energetic young people to discount the risk of engaging in electoral violence. Yet consistent appeals to shun violence may achieve less as long as binding economic constraints that underpin the feeling of a hopeless future remain unaddressed.

Yusuf Kiranda holds an MSc Development Management from LSE and is a LSE PfAL Fellow.

Transformative Research: is it the way forward for Africa? 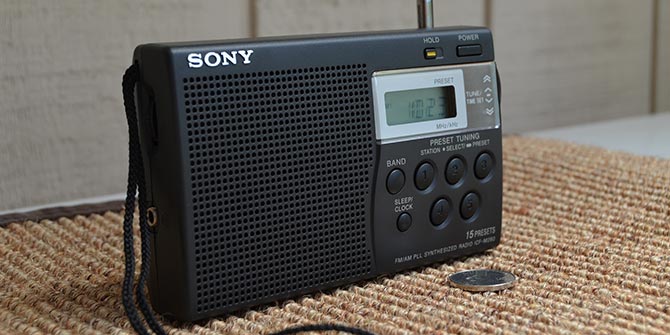 Bad Behavior has blocked 2297 access attempts in the last 7 days.