As the migratory flow of Ethiopians continues along the southern route to South Africa, LSE alumnus Charles Mulingi examines the motivations, journey experiences, changing immigration rules in SA and possible impact on migration from the Horn of Africa.

Despite the international attention that is currently focussed on migratory flows directed towards Europe and other Western countries, the continued flow of Ethiopian migrants and asylum seekers along the southern corridor to South Africa via Kenya, Tanzania and other southern African countries is significant.

Available figures from 2009 indicate that between 17,000 and 20,000 Somalis and Ethiopians are smuggled along the southern corridor towards South Africa every year, with Ethiopian nationals accounting for at least two thirds of the estimates. Anecdotal information and scattered quantitative data (such as estimates on the number of Ethiopians entering Kenya on a daily basis or the number of migrants transiting through Malawi per month) suggest this smuggling business is as active as ever. Further, out of an estimated 62,200 asylum applications received in South Africa in 2015, Ethiopian nationals accounted for about 15% (or 9,300). Other sources indicate there are about 40,000 Ethiopian migrants living in South Africa as of 2015.

Why are Ethiopians leaving Ethiopia?

Ethiopia is hailed as one of the fastest growing economies in Africa, with its growth averaging 10.8% per annum between 2003 and 2014 as a result of improved performance in services, agricultural sectors and increased public investment. About 70 per cent of the country’s population, (nearly 100 million), is under the age of 30, yet lack of employment opportunities (25 per cent of youth aged 15 to 29 reported being underemployed in 2014) adds to migratory pressures among the young people.  As Ethiopia’s economy grows, it is likely that emigration will increase in future as more people will have the resources they need to finance their aspirations to migrate.

While Ethiopia’s democracy has been cited as progressive by the US government, Human Rights Watch (HRW) and other organizations have reported on extensive human rights abuses in Ethiopia including arbitrary arrests and detention of perceived supporters of opposition parties, protesters, journalists and abuses related to government development programs. In June 2016, Ethiopia was elected as non-permanent member of the UN Security Council (UNSC) for a two-year term starting January 2017. The government in a statement noted that it would address (among others) illegal immigration during its term.

The majority of Ethiopian migrants and asylum seekers travelling to South Africa are young people aged between 18 and 35 in search of a better life or using South Africa as a springboard to other developed countries in Europe or North America. Some Ethiopian migrants and asylum seekers interviewed in Nairobi said they chose the southward route (and not the westward route through Sudan and Libya to Europe) due to cost, convenience, proximity, safety and presence of relatives/friends in transit countries and South Africa.

According to data from RMMS’ Mixed Migration Monitoring Mechanism (4mi), the most common push factors cited by Ethiopian migrants on the southern route are economic factors followed by political factors and positive perception about migration. Economic factors are related to unemployment and poverty while some migrants cited a sense of responsibility to family or community to send remittances. Political push factors are mainly qualified by oppression and tribal or ethnic discrimination. (See also pull factors in chart below).

Conditions on the route

The most direct route to South Africa from Ethiopia involves travelling through Kenya, Tanzania and Mozambique – however smugglers also use other routes through Zambia, Malawi and Zimbabwe to avoid detection by authorities. Data from RMMS’ 4mi show that the majority of Ethiopian migrants use brokers or smugglers to facilitate their journey including arranging necessary travel documents. Smugglers charge up to USD 5,000 for the journey and 4mi data indicate that most migrants finance their journey from family/friends, personal savings or property sale. An upcoming RMMS briefing paper will provide more in-depth analysis of 4mi data and conditions and experiences of migrants on the southern route.

Towards the end of 2015, the Kenyan government launched a joint military and police initiative to crackdown on irregular migrants and smuggling cartels operating on the route from Kenya’s northern border with Ethiopia to the southern border with Tanzania. Continued arrests of Ethiopian migrants have been reported almost on a weekly basis in 2016, an indication of either an increase in number of Ethiopian migrants travelling south through Kenya and/or enhanced efforts by Kenyan authorities to crack down on irregular migration from Ethiopia. Data collated from various media reports – in the absence of comprehensive government data – show that more than 1,000 Ethiopian migrants have been arrested between November 2015 and May 2016 in various urban areas in Kenya. This figure could be higher.

Interviews conducted by observers in Nairobi’s Eastleigh neighbourhood – a major migration hub – reveal that some Ethiopian migrants and asylum seekers feel their rights are under threat due to alleged reports of police harassments and extortion as well attacks on migrants.

Ethiopian migrants face additional challenges in transit countries en route to South Africa including arbitrary arrests and detention, fines, deportation and death. Data from IOM on assisted voluntary returns indicate that in 2015, about 388 Ethiopians were repatriated from Malawi while more than 3,000 Ethiopian detainees were repatriated from Tanzania between 2009 and 2015. Yet many more continue to be arrested and detained. In 2015 for instance, Malawi arrested more than 700 irregular migrants most of them believed to be Ethiopian nationals. Experts in the migration sector argue that increasing restrictions on migrants and asylum seekers has the potential to fuel the migrant smuggling business as smugglers adapt to new alternative dangerous routes which may expose migrants to more risks and dangers.

Clamping down on migrants and asylum seekers in SA?

Due to the limited options for legal migration, many Ethiopian migrants and asylum seekers leave their country irregularly and also use illegal means to enter South Africa. Once in South Africa, a large number of migrants then claim asylum. South Africa grants asylum seekers the right to work, trade or study pending the determination of their claims. However, the government has recently sought to revamp its asylum regime citing the need to better manage regional migration and curb abuse by ‘economic migrants’ who use the liberal system to regularize their stay in the country.

Proposed measures contained in the Green Paper on International Migration, gazetted for public consultations from July 1 to September 30 2016, are likely to affect Ethiopian migrants and asylum seekers traveling southwards to South Africa in various ways.

Firstly, the Green Paper notes that about 90% of asylum claimants do not qualify as refugees yet these “opportunistic illegal foreigners” are processed without any sanction for entering or residing in the country illegally. The rent-seeking behaviour within South Africa’s asylum system involving state officials and smugglers has partly been linked to the large numbers of asylum seekers in the country. The new measures seek to adopt the “safe third country” principle which will deny asylum to those who have transited through one or more countries considered to be safe en route to South Africa – even though it is not explicitly indicated which countries South Africa considers safe.

Secondly, a major pull factor into South Africa has been the non-encampment policy which allows asylum seekers and migrants to integrate into the economy and society as they await their claims to be processed. The newly proposed measures however seek to introduce asylum processing centers near the borders where all migrants will stay pending the determination of their claims. During this period, migrants will be denied automatic right to work or study which may further prevent them from integrating in the communities. While the government notes that the non-encampment policy will continue, but only for refugees having acquired protection status, the introduction of “secure detention centers” within processing centers may result in large numbers of (Ethiopian) migrants and asylum seekers being detained for entering the country in an irregular manner.

Finally, the Green Paper seeks to establish a Border Management Authority by March 2017 as a single agency responsible for management of admissions, departures and overall control of South Africa’s borders. The paper notes the need to enforce immigration rules which require persons entering the country illegally to return voluntarily or be deported to their countries. Between April 2014 and March 2015, a total of 54,169 persons were deported, of which 82% were Mozambican, Zimbabwean and Lesotho nationals. While data is not readily available on the number of Ethiopians deported from South Africa, enforcement of the new measures may lead to deportation of more migrants and asylum seekers in irregular flows.

Initial reactions by commentators argue that the proposed measures are designed to close the door and “almost exclude everyone”  unless foreign nationals use legal channels to enter the country.

While international attention is fixated on African migrant arrivals in Europe, figures show that the number of Ethiopian migrants on the southern route towards South Africa is higher than those travelling towards Europe. Nonetheless, Ethiopian arrivals in Europe are on the rise. In 2014, only 560 Ethiopian nationals were recorded entering Europe via the Mediterranean Sea. This rose to 2,631 in 2015 (a 370 per cent rise), and to 1,645 and between January and June 2016 (on track to equal or surpass arrival figures in 2015). According to RMMS’ 4mi data, 17% of Ethiopian migrants interviewed between late 2014 and mid 2016 identified South Africa as their preferred destination country, coming second only to Europe.

A composite index on migration governance commissioned by IOM scores South Africa’s protection of migrants’ rights as “developed” taking into account that migrants have access – in the same way as citizens do – to basic social services such as education (primary and secondary), the right to work and a pathway to residency or citizenship. However such gains may be reversed if the proposed measures come into effect and take away automatic access by migrants to such privileges. With the rising numbers of Ethiopian migrants and asylum seekers joining flows on the Central Mediterranean route to Europe or Eastern route out of Horn of Africa to Yemen and Gulf States (the major route for Ethiopians), it remains to be seen whether South Africa’s changing immigration policies will contribute to a rise in other numbers elsewhere.

The article was first published on the RMMS website.

Charles Mulingi is a Project Officer at the Regional Mixed Migration Secretariat Horn of Africa and Yemen and an LSE alumnus. 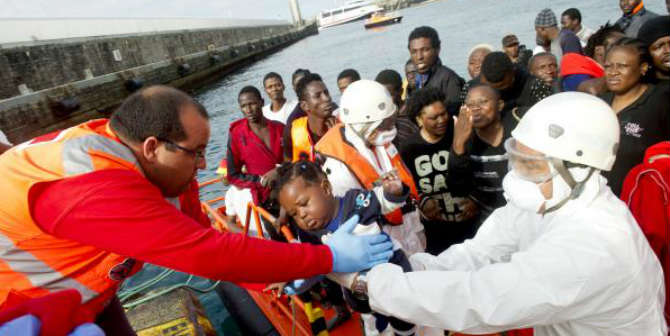 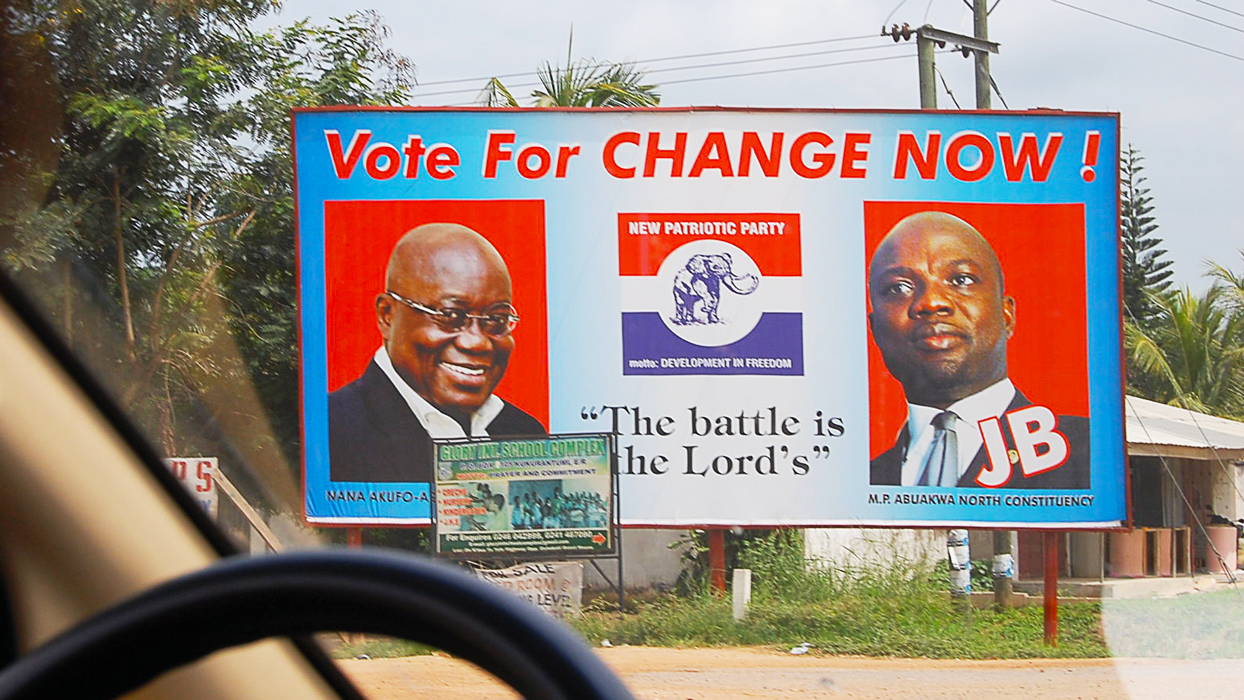