During a series of seminal lectures on the Evolution of the International Trade Order, economist Sir Arthur Lewis explained the positive implications for trade once industrialisation takes shape. He did this by tracing this history in developed countries with the aim of extracting lessons that could be applied to developing countries. In his concluding remarks, he argued that:

The industrialisation paths of countries are subject to their individual nuances, but the achievement of such a revolution is paramount, and is a major event upon which the quantity and quality of trade would benefit. What is the status of technological change in Africa?

Smallholder farmers in sub-Saharan Africa have been slow to adopt technologies. These farmers make up approximately 80 per cent of those working farmlands on the continent. According to a 2008 World Bank study, there is a correlation between low levels of agricultural technology adoption and productivity

It is widely known that sub-Saharan Africa holds a significant share of the world’s mineral reserves. The African Union (AU) has consistently called for the mineral processing to take place on the continent. However, this policy has resulted in uneven outcomes, with some countries in Southern Africa – like Botswana and South Africa – having experienced some successes, while others have lagged behind.

The UN Economic Commission for Africa found that countries like Zambia, South Africa and Morocco have managed to improve their share of processed agricultural exports, while others, notably landlocked and Least Developed Countries, continue to primarily produce and export primary commodities. This evidence of technological change and the low levels of technology adoption in agriculture, illustrate that the agricultural and industrial revolutions are yet to be achieved on the continent. Have African policy-makers learnt from the global history of these revolutions?

The AU and its Member States have committed to trade arrangements that aim to advance industrialisation among the continent’s Regional Economic Communities. The 1991 Abuja Treaty committed Members to establishing an African Economic Community by 2028. This end goal is expected to be reached through the achievement of several milestones including the establishment of Free Trade Areas, followed by Customs Unions in each Regional Economic Community. The final phase would result in an African Common Market where policies across sectors would be harmonised, including those for “tariff and non-tariff systems […], with a view to establishing a continental customs union”. Some of the latest efforts to boost intra-African trade include the Continental Free Trade Area (CFTA) and the Tripartite Free Trade Area (TFTA).

A decision to launch discussions towards a CFTA was made in January 2012, which aimed for its establishment in 2017. According to an AU report, “the CFTA provides a lever that can be used to strategically position the continent to exploit its numerous trade and investment opportunities and contribute positively towards the structural transformation of African economies”. This outlook illustrates the continent’s view that trade can promote industrialisation and is similarly presented in the TFTA.

These agreements should be complemented by the requisite conditions that would enable agricultural and industrial revolutions, so that the benefits of these trade policies could be better exploited. There is some recognition that industrialisation is paramount to delivering the sought-after benefits of trade. For example, the SADC Industrialisation Roadmap explains that the Southern African region has decided “to implement effective strategies to boost the productive capacity of our industries, supported by enabling infrastructure to leverage industrialisation, technological advancement and appropriate skills development to effectively utilise market opportunities offered by trade liberalisation.”

Though it is important to participate in the global trade system and ensure progress on intra-African trade, the emphasis should be on the pace of technological advancement. This should be particularly the case in agriculture where the sector is responsible for over half of the employment and one-fifth of the Gross Domestic Product in sub-Saharan Africa. Such advances would constitute the foundations upon which trade can work for African citizens and economies. If not, the continental trade agenda could become a vacuous policy that does not meet expectations and produce results that enhance structural transformation.

Zama Nkosi (@nkosiz) is a public affairs professional with EPPA in Brussels, specialising in EU-Africa trade and intra-African trade as well as a LSE alumna. 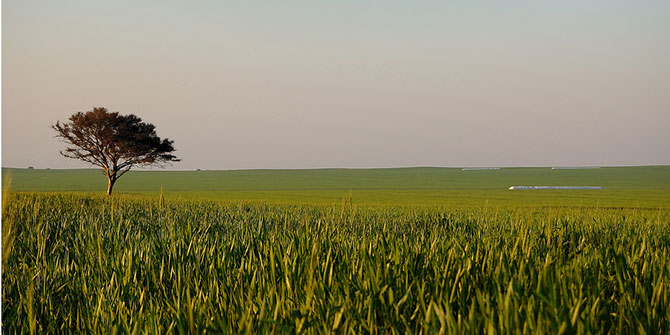 Bad Behavior has blocked 3927 access attempts in the last 7 days.