Geraldine Asiwome Adiku argues for effective means to make undocumented migrants become documented in the UK, as the state is benefiting from them despite not officially recognising them.

‘They say we don’t pay taxes’, Yaa Mansa1, a middle-aged Ghanaian woman told me when we met in London on a wet Wednesday evening in December of 2014. We met in a Congolese shop where she was working as a shop assistant. I interviewed her as part of my on-going DPhil research, which investigates global South to North economic transfers, e.g. money which moves from relatives of migrants in Ghana to the migrant living in the UK. Despite her undocumented status, Yaa Mansa has been working in the UK for the past 14 years. She is able to do this because she works with another person’s documents. She became an undocumented, or ‘irregular’, migrant when the standard visitor’s visa on which she travelled expired and she was unable to renew it. For many years, she worked as a healthcare assistant in a mental health institution. Yaa Mansa has recurring backache, which she attributes to the physically demanding work she did there. When she feels unwell she goes to the local pharmacy to buy painkillers. Despite her chronic pain, she has never seen a general practitioner because of her fears that her undocumented status will be uncovered and she will be deported.2 She wishes she could see a ‘proper doctor’ instead of attending the emergency department, where she felt herself treated hurriedly and shooed home. Yaa Mansa feels cheated by the UK government. She explained that:

They treat us as though we are not human beings because we don’t have papers, they make us feel invisible. But I am a human being and I have contributed to this country, I have paid tax.

She told me that the person whose document she works with is a British citizen and at the end of every month the government deducts tax from her salary. This means that two people – one documented, and the other undocumented – earn a single salary. As an irregular migrant working with another’s documents, Yaa Mansa does not have the right to access state welfare provision despite having contributed to its funding.

Yaa Mansa’s story is far from unique. There are many tax-paying undocumented migrants in a similar position in the UK. In 2010, BBC Radio 4’s File on 4 programme reported on undocumented migrants who pay taxes.  The co-author of a cited report on the BBC Radio 4 programme on illegal working migrants in the UK, Professor Gordon of the London School of Economics, noted that ‘probably two-thirds’ of illegal workers in 2010 were paying ‘some kind of taxes and national insurance’. In the US, a new report by The Institute on Taxation and Economic Policy suggests that undocumented migrants provide local economies with billions of dollars in tax revenue. However despite being contributors to the tax base, undocumented migrants do not have any right to receive the benefits of tax payment. Carens (2008) notes that political and economic systems exploit and marginalise hardworking contributors to the community who happen to lack official documentation. He adds that some would argue further that migrants are denied documentation precisely to make it easier to marginalise and exploit them (Carens 2008: 163).

Some may contend that this is the price to pay for being undocumented. But being and remaining undocumented is not entirely a migrant’s choice. Many undocumented migrants I spoke to in the UK wish they had a regular status in order to work and contribute fully to the economic development of the host country. However, stringent immigration policies through ‘visa regimes especially where families are involved, border controls, restrictions on access to work, movement, education, healthcare and social networks, but also from society generally through racism, xenophobia and prejudice’ (Schuster 2005: 8) make this dream unattainable3. Yaa Mansa feels a sense of helplessness. She tells me ‘it’s like I don’t have rights because I don’t have papers’.

Helpful for neither migrant nor host country

A system which makes it difficult for migrants to contribute to the socio-economic development of the host country lawfully helps neither migrant nor host country. Many migrants move with the intention of seeking a better livelihood (Benson & O’Reilly 2009), therefore policies that make it difficult for them to legally access work opportunities make life unbearable and the better life which they were searching for becomes an unachievable illusion. Yaa Mansa recounts the difficulty and frustration she faced when she was looking for work. She explains:

It wasn’t easy at all; the people who were helping me find the job kept telling me to be patient. They wanted to make sure that everything looks good on paper and it was taking long. Meanwhile I heard that the hospital needed people to do the donkey job that nobody wanted to do.

Yaa Mansa was living from hand to mouth, sometimes going without food for several days, because she had to subsist on the meagre resources with which she moved to the UK. It is not a criminal offence to seek a better life for oneself. However migrants, especially those who are ‘irregular’, are often treated as such. Migrants who are undocumented, however law-abiding in all other areas of life, often find themselves in precarious circumstances without protection from the state. They are more vulnerable to exploitation, particularly in terms of pay, because they are not working legally. These migrants have none of the employment protection enjoyed by regular citizens. They also tend to be employed in low-paid jobs with unstable incomes. Undocumented migrants are also at risk of having their ‘irregular’ status uncovered by officials, which may lead to imminent deportation. The precariousness of their existence fuelled by difficulty of getting documentation can also take a heavy toll on migrants’ mental and physical health (Sullivan and Rehm 2005; Martinez et al. 2015). In order to earn sufficient income to fulfil her commitments, Yaa Mansa works two to three jobs. She is stressed, overworked, tired and emotionally drained. If carving out a meaningful livelihood involves migrating to another country that should not be seen as a terrible thing; it should rather be embraced, appreciated and harnessed. And the most effective way of harnessing this dynamism is through the formal employment and taxation which is extended to ‘regular’ citizens.

The contributions of migrants to the host and origin country abound. Many Ghanaian migrants I interacted with in the UK desire to work legally and be able to take care of themselves and their families back home. My data show them to be working hard and to be law-abiding citizens. Not only do many migrants contribute to the socio-economic development of their host country by doing important but menial jobs that native citizens are often unwilling to do (see also McGregor 2007; Dyer et al. 2008), they also contribute to the development of their origin countries through social, political and financial remittances (see Levitt 1998; Ratha 2003; Levitt and Lamba-Nieves 2011). For example, financial remittances sent home by international migrants from developing countries are estimated to have reached approximately $432 billion in 2015, nearly three times the amount of Official Development Assistance. In addition to supporting her children in Ghana, Yaa Mansa also provides economically for her parents, siblings, nieces and nephews, all of whom are in Ghana. She is a member of a hometown association in the UK and has contributed to various development projects in Ghana through her payment of dues and other development levies. For instance, she contributed to funding a classroom block in her hometown through this association.

Hein de Haas (2014) defines human mobility as the option to choose where to live, including opting to stay. Yaa Mansa expressed exasperation at the processes involved in achieving ‘regular’ status in the UK. She believes firmly that the cumbersome process is a deliberate attempt to frustrate undocumented migrants seeking to make their stay legal. Her initial application for regular status has been rejected, an outcome she blames squarely on the complicated regulations and processes involved4. Simplifying the processes of regularisation for undocumented migrants would greatly enhance their ability to lead better lives, enabling them to work and pay tax legally. Improving the efficiency of the process would also make undocumented/irregular migrants less prone to exploitation by unscrupulous employers. By becoming regular, the contributions migrants make to the economy through taxation mean that they can access welfare provision in a dignified manner, including opportunities of improving their human capital if they so desire, through continuing their education or working towards professional qualifications.

My interactions with Ghanaian migrants in the UK show that as soon as they are able to legalise their stay, they visit Ghana at least once a year. Having ‘irregular’ status pigeonholes migrants as non-contributors, frustrating their activities not only in the destination country but in their home countries as well. Because of the difficulty of regularisation, many of them are unable to lead the improved lives – particularly in socio-economic terms – that they envisioned when they migrated. They are also unable to fulfil their desire of returning home because they do not have the documents to do so. Alex, another Ghanaian migrant I met during fieldwork, showed me his residence permit and he said to me ‘now I can go home Geraldine, I’m so happy. Finally I can visit my family in Ghana’. By regularising their status, migrants also become more visible and their activities can be better regulated. For example, they can be easily traced should they infringe the laws of the destination country. Circular migration, possible when migrants have regular status, means that they do not settle permanently in the destination country, something many Western countries try to encourage (see also Vertovec 2007; Czaika and de Haas 2016).

A triple-win: Benefiting migrant, host country and country of origin

Yaa Mansa is bitter about her lack of access to proper healthcare, particularly in light of her worsening backache. She has accepted her fate but does not shy away from expressing her sentiments when asked. The perception that undocumented migrants become dependent on the welfare state and siphon destination country resources is inaccurate (see for example Geddes 2003; Lipman 2006). Often, it is these migrants who contribute to the welfare state while at the same time being ineligible to receive the benefits it provides. Such a situation runs counter to the notion of fairness: that all those who contribute to a welfare system should be able to access its pay-outs.

This article was first published on the International Migration Institute at the University of Oxford Blog.

Geraldine Asiwome Adiku is a DPhil Candidate in International Development at the University of Oxford. Her research investigates South to North economic transfers among Ghanaian migrants in the UK and their relatives in Ghana. 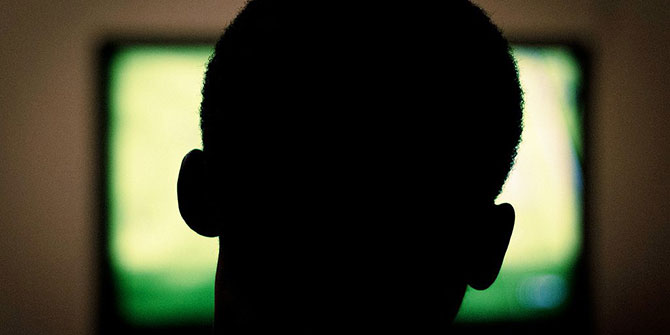 Bad Behavior has blocked 1448 access attempts in the last 7 days.