LSE’s Richard Stupart recommends South Sudan: a new history for a new nation to those wanting to gain a general understanding of the history of South Sudan, as well as seeking an introduction to it.

There are precious few history books about South Sudan that look beyond its recent origins. South Sudan: a new history for a new nation is an excellent example of just such a work. Douglas H. Johnson is one of the world’s most eminently qualified authors for such an undertaking, having spent many years chronicling the history of the region more broadly. Besides being involved as a resource person in the comprehensive peace agreement that led to South Sudan’s independence, he has contributed to the work of the Rift Valley Institute since 2010. The small physical size of the book conceals the years of knowledge that have been put into it.

South Sudan offers not simply a fascinating view into the precolonial history of what is now modern South Sudan, but an insight into the connections between the politics of the region’s distant past and points of fracture in the country’s contemporary landscape. Beginning as far back as eleven thousand years before the present, the book rapidly covers a history of the region’s precolonial kingdoms, the rise and fall of various trading networks, the role of slavery in various political formations, colonialism and the rise of contemporary South Sudanese nationalism. Along the way, we are introduced to figures of significance in the history of the country that go beyond the usual list of coup leaders and heads of factions in the Sudan People’s Liberation Army.

The book, in fact, stands out in its attention to particular individuals and stories outside of the usual cast of heroes and villains, balancing out periods where– for lack of historical evidence, or a need to avoid writing an opus – history necessarily jumps centuries in a matter of pages. Its need for brevity is the greatest weakness of the book, though perhaps an unfair accusation to the author. The full history of north east Africa is far more than could ever fit into 184 pages, and it is impressive just how much Johnson has managed to cover in these pages.

That said, it would be remiss to see South Sudan purely as a work for historians. Doubtless, many who are interested in the practices and politics of precolonial times would enjoy the overview provided in the book, but the value of Johnson’s account extends beyond this. There exists a tendency in conflict studies to explain conflicts such as South Sudan’s in the narrow terms of contemporary history, which this book provides a valuable contribution to placing in context. South Sudan did not appear ex nihilo on independence, politically and culturally speaking, and histories such as that offered by South Sudan are a valuable contribution to drawing attention to relationships and histories that both structure and may ultimately contribute towards ending decades of violence.

Those looking for a comprehensive overview of modern South Sudan’s political dysfunction would be better off reading Johnson’s other work, The Root Causes of South Sudan’s Civil Wars. Readers wanting to understand something of the history of the country more broadly, or those seeking an introduction to it would do well to read this excellent, compact history. 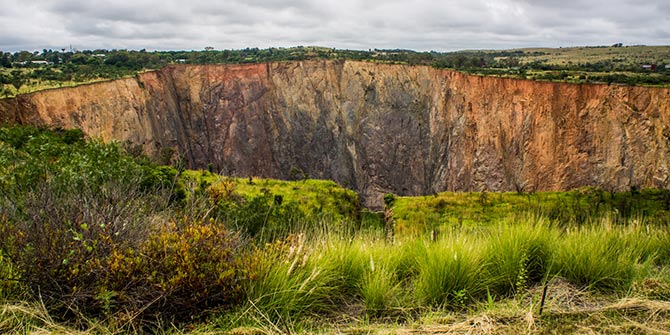 Bad Behavior has blocked 4765 access attempts in the last 7 days.