At the beginning of the current crisis in the Central African Republic (CAR), from late 2013 to early 2014,  systematic ethnic cleansing was perpetrated against the Central African Muslim community living in the capital Bangui and in the southern and western provinces of the country. Several hundred thousand Muslims were forced to flee to neighbouring countries such as Cameroon or Chad to escape death; others remained trapped in their own towns, living in enclaves and protected by international forces. The assets and properties they left behind were looted, if not completely destroyed, to prevent them from returning in the future. Houses were sold or occupied by other members of the same community.

After four years of displacement, have Central African Muslims returned home? What are the main challenges after return? Which conditions could make their return sustainable? These are some of the answers I was looking for during my field research trip in Bangui and in the western city of Boar in August 2017. Back in 2014, I witnessed thousands of Central Africans Muslims being loaded on trucks or planes in extremely dire conditions to leave the country. More recently, I had the chance to talk to those decided to return home.

In 2016, the Central African Republic experienced a slight influx of returnees mainly due to the peaceful development of the electoral process and the establishment of new, legitimate national authorities. Returns were spontaneous, irregular and sporadic. The office of UN High Commissioner for Refugees observed many pendular movements of people intending to assess the situation in CAR before returning home definitively. Also, refugees did not necessarily return to their place of origin, but considered mainly the general stability in the area, due to the presence of humanitarian agencies, state representatives and peacekeeping troops. However, the ongoing resurgence of violence and attacks based on ethnicity and identity has not only halted this trend, but has also led many returnees to go back to their country of asylum. Displacement figures have reached an all-time high of 1.1 million people.[1]

Even though there are no official figures that distinguish registered returnees by ethnic or religious group, it is generally believed that only a few of them belong to the Muslim communities that fled at the beginning of the conflict. Based on the evidence gathered during this research, the large majority of the Muslim returnees currently live in enclaves. The reasons for returning to an enclave are quite straightforward. Muslims are encouraged to do so by the traditional solidarity within their own community. Also, international forces can easily protect enclaves in case of new attacks. Finally, returning to an enclave allows both returnees and “stayees” — those who remained in the country — to avoid tackling extremely sensitive issues, such as land and property rights, and reparations. Enclaves could therefore become a buffer zone where the social and political issues that triggered the conflict are confined, and tackling them with reconciliation programs is not as compelling as providing basic assistance to the population living there.

Also, the return of Muslim communities to pre-existing enclaves could exacerbate issues traditionally related to repatriation, such as access to housing and livelihoods. These concerns have already become true in the Bangui neighborhood of PK5, in the capital’s 3rd district.After the Anti-Balaka attack on Bangui in December 2013, PK5 became the safe haven of the capital’s Muslim community as well as the country’s biggest enclave. According to OCHA, the third district’s population — about 124,000 people before the crisis — has almost doubled in the past three years, reaching 200,035 people in October 2017. A recent survey estimated that there were 111,160 returnees, among whom 29,981 had repatriated spontaneously from neighbouring countries.* According to the returnees I met in PK5, housing and water supply were their first concern upon arrival. Finding economic opportunities represented the second biggest concern for returnees, mainly due to the limitation in movement caused by the presence of Anti-Balaka in many other districts of the capital. Some returnees have never left PK5. Many reported that they have to change their traditional Muslim clothes and wear jeans and a T-shirt to go downtown, while women have to hide their veil in their handbag.

Repatriation as a Political Act: New Foundations for Inclusion

Refugee repatriation was only given a place on CAR’s political agenda after the 2016 elections: issues related to repatriation were only taken into consideration by both national authorities and the international community when returns had actually begun. The National Strategy on durable return solutions drafted in 2017 rightly emphasises the importance of civilian documentation, property and land rights and justice to sustainable repatriation, but falls short in not giving special consideration to the repatriation of minority groups. Overall, like some other international interventions, the document presents repatriation as a mere act of return, focusing on providing basic assistance to returnees and mitigating possible problems. However, repatriation includes an important political dimension, which implies the state’s responsibility to eliminate barriers to reintegration and create the conditions for sustainable return. Without this political dimension, it would be like building a house without first building its foundations.

Approaching repatriation as a political act entails that safe return and reintegration of the Muslim minorities is first of all a state responsibility. It is the state that has failed in protecting all its citizens, therefore it should be the state that takes action to revert this situation. In fact, Muslims are a minority in CAR, representing an estimated  10-15 per cent of the country’s population. In a land-locked and rural country ruled by a southern, Christian political élite, Muslims — who were mainly traders, mining professionals and cattle herders — are largely perceived as foreigners, and often harassed at police controls or excluded from employment in the civil service. Issues of identity and citizenship are therefore crucial to understanding the dynamics of both displacement and return. What could the Central African state do to help Muslim refugees return home? Field research and comparative analysis seem to suggest some key policy recommendations to address this extremely complex issue.

The Central African authorities should first rebuild trust between both citizens and institutions and among citizens belonging to different communities. The foundations of this new social contract should be laid on inclusion. This means, on the one hand, guaranteeing the greatest possible participation of minority groups in community institutions and state functions; and, on the other hand, making all Central Africans — regardless of their origins, ethnic groups or religious faith — feel part of a common project concerning the reconstruction of the country.

To guarantee a successful reintegration, Muslim returnees should therefore be able to count on an effective protection against harassment and abuses. Central authorities could broadcast strong, top-down messages on inclusion to the population. Local authorities that refuse to give back houses and properties to the minority returnees, or those that intimidate them, could be either sanctioned or removed from office, while international organizations could condition their financial assistance to demonstrated progresses in minority returns. Finally, their participation in local institutions would be a fundamental indicator of their successful reintegration.

The returnees I met during my trip expressed frustration at the little progress that has been made since the general elections two years ago. They see a generalised lack of sincere political will among the national leadership to promote peace and engage towards politics of inclusion. Any responsible politics of return in CAR should seriously consider this trend. In such a case, the suitability of repatriation as the preferred solution for Central African Muslim refugees should be questioned, as it could expose the returnees to additional physical and psychological suffering. Alternative solutions, such as socio-economic reintegration in the country of asylum or resettlement, should therefore be considered preferable in order to give refugees the chance of a better future.

Enrica Picco (@enripicco) is an international lawyer and independent researcher on the central Africa region, with more than ten years of experience combining humanitarian work with research and lectures. 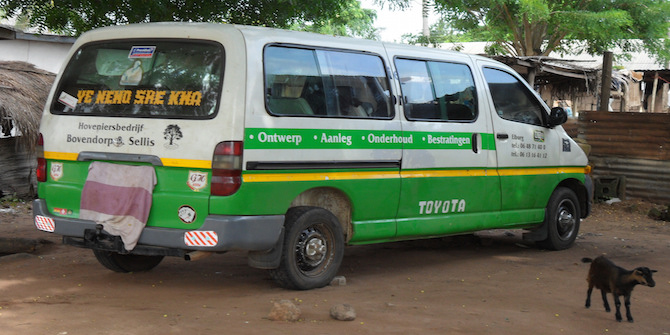 Bad Behavior has blocked 2304 access attempts in the last 7 days.