The “informal sector” was first observed in developing countries, then it migrated north as the “gig economy” where no one has secure jobs, and LSE’s Joseph Hanlon, in a new working paper, shows the closing loop, as Mozambique’s heroin trade is taken over by the informal sector working via apps.

Mozambique has become a major heroin transit centre, moving 40 tonnes a year or more – making the drug the country’s second biggest export and adding $100 million per year to the local economy. Heroin comes from Afghanistan via Pakistan and is carried around the Indian Ocean coast to northern Mozambique on dhows, which anchor off the coast. Small boats collect the heroin and bring it to shore, other people collect it from the beach and take it to a warehouse, and then it is hidden in light trucks and is driven 3000 km to Johannesburg, before being shipped to Europe. Two decades ago this was done by the formal sector – a few trading families in the north of Mozambique imported refrigerators and washing machines and also heroin. The deal was that money was paid to the ruling party, Frelimo, and the heroin was not stopped. The trade was well known, but international community turned a blind eye.

We tend to think of the informal sector as the insecure world of young men on the streets of Maputo or Nampula hawking clothing or electrical goods or food. But in recent years as labour protection was cut and secure employment ended, northern cities like London suddenly saw the informal sector grow rapidly, but with a difference. In Maputo, the informal sector is based on personal contact – from wholesaler to informal trader to buyer. In London, if you want a taxi or dinner, you use an Uber or Deliveroo app. Personal links are broken – you order electronically, and your taxi or dinner cyclist is instructed electronically. No one knows who placed the order, and drivers and cyclists have never met their bosses. And the messages are increasingly encrypted, so police and spies do not know about your pizza.

With good mobile phone coverage in northern Mozambique, that looks pretty good for illegal trade as well – increasingly based around WhatsApp, but also BlackBerry is back because drug dealers do not trust that WhatsApp owner Facebook will maintain the encryption.

So a major buyer in Europe uses WhatsApp to place an order for heroin from a dealer in Dubai. It will be, perhaps, 100 kg of a particularly brand. (Yes, even heroin sent from Afghanistan now has brands, like 555, handshake, or Tokapi, and is sealed in 1 kg labelled packs.) The Dubai dealer sets up the purchase in Afghanistan, transport to the Pakistan coast, and shipping with other similar orders on a Dhow to Mozambique. The Dubai dealer contacts a more junior figure in Kenya or northern Mozambique, who sends out Uber-like WhatsApp messages to fishing people telling them to pick up the drugs on a certain night from a boat, say, 50 km off Pemba, and take the drugs to a certain beach. There the packets are handed over to a local driver, also directed by WhatsApp, who takes the packets to a warehouse in Nacala or Nampula. Money is paid in a similar way – delivery is confirmed by WhatsApp and the driver or boat person is told to collect money from a trusted intermediary – using a WhatsApp photo or code for identification.

The final 3000 km drive to Johannesburg is more complicated, and is facilitated by growing corruption in Mozambique. Two decades ago, a member of the police would have to go with the load to ensure that there were no problems at check points. Then when mobile phone coverage was better, the driver was simply given the number of a key party or police officer to phone if local police caused problems. But the past decade has seen a huge rise in corruption, so money will resolve any problems.

A driver agrees to take 50-100 kg of heroin – in a light truck or sometimes drivers of South African heavy trucks that have made deliveries in the north of Mozambique and are returning empty. The drivers are given a bundle of cash and set off, paying the “tolls” to pass police and other problems. When they reach Johannesburg and deliver the package, any money left is their fee for the trip. As with Deliveroo and Just Eat, there is some trust involved, even if the contracting parties have never met and only correspond on WhatsApp.

And in Mozambique, the informal sector has come full circle. Heroin is just another commodity to be handled by couriers, boat people and drivers using the technology from the northern informal sector.

Read the working paper:  The Uberization of Mozambique’s heroin trade

Joseph Hanlon is a Visiting Senior Fellow in the LSE Department of International Development. He is author of a new working paper “The Uberization of Mozambique’s heroin trade“, which was a background paper to a study by the Global Initiative Against Transnational Organized Crime, “Tackling heroin trafficking on the East African coast” by Simone Haysom, Peter Gastrow and Mark Shaw. 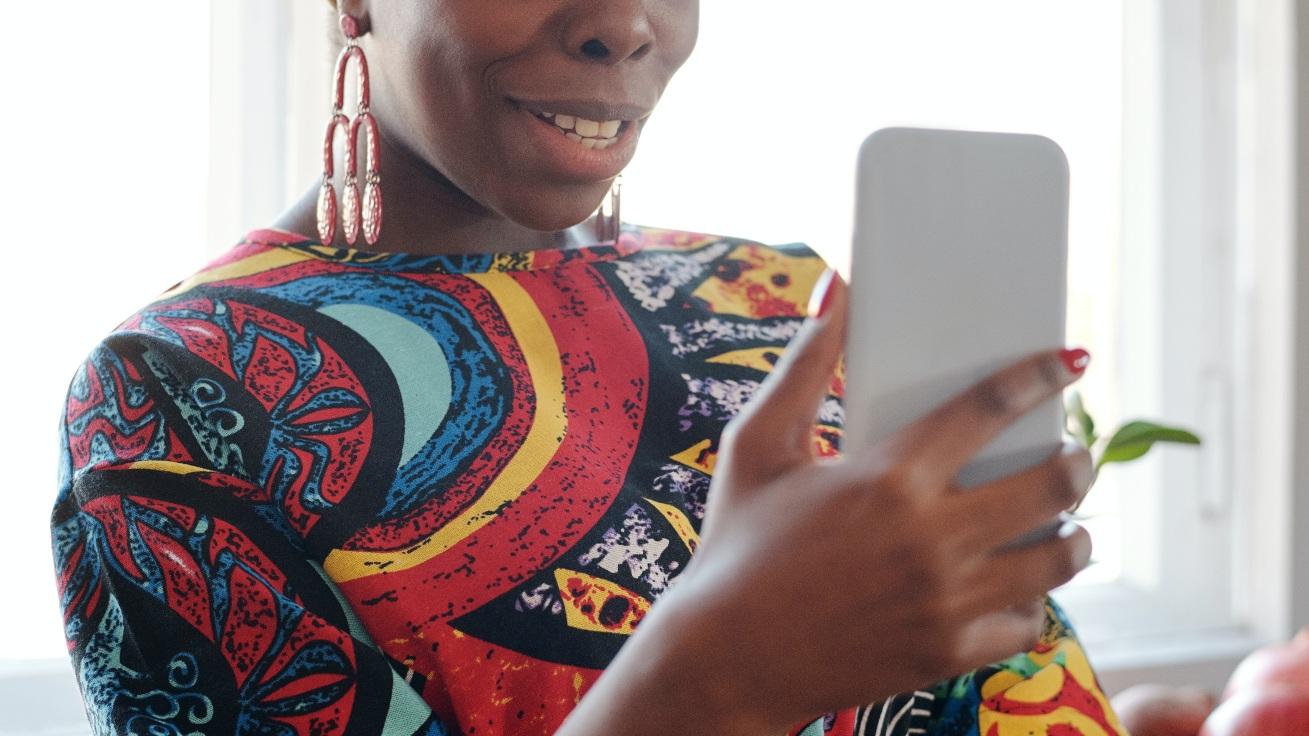 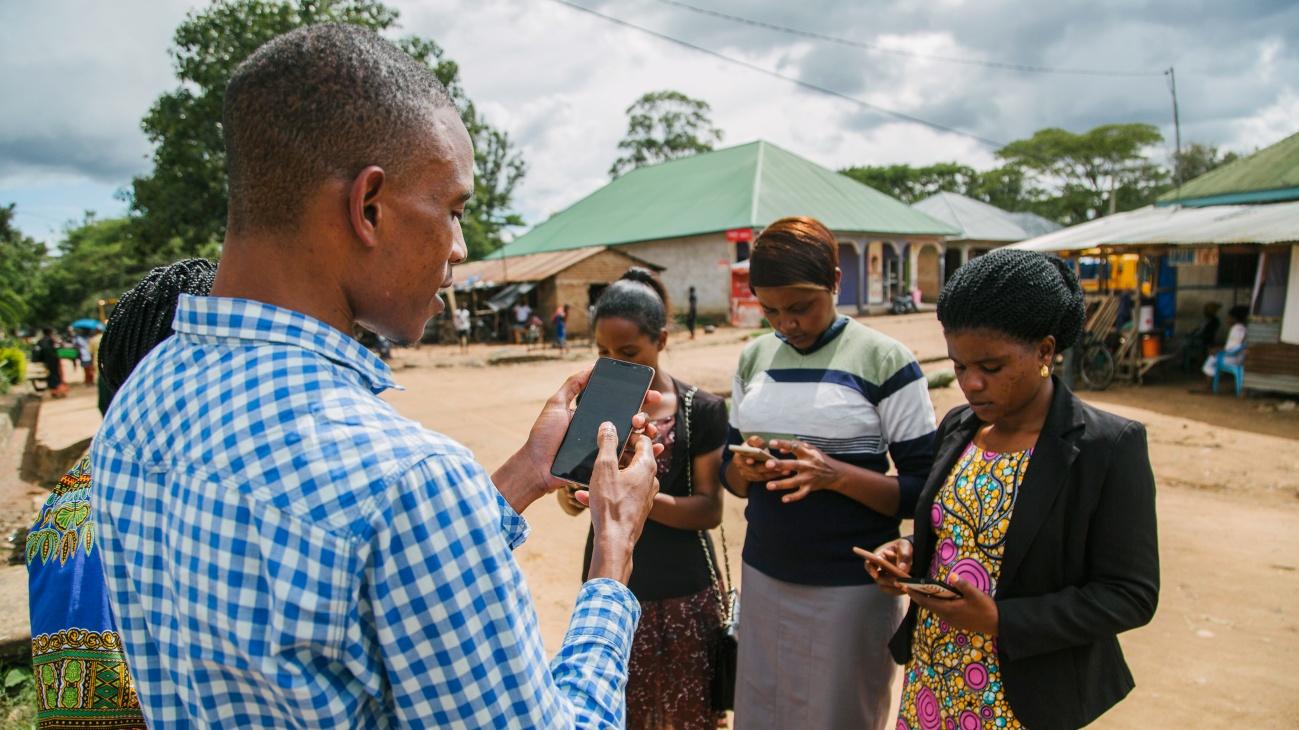 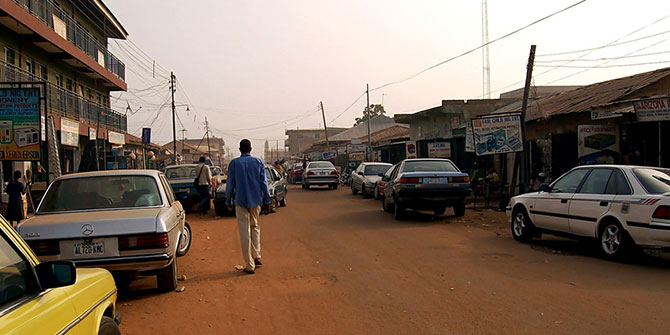 Bad Behavior has blocked 2189 access attempts in the last 7 days.