LSE’s Joanna Lewis reports from a World Refugee Day event which showcased the vital role of refugees in rebuilding their home communities.

These were just some of powerful statements delivered by Ms Shukri Adan, a young Somali woman at an event at the House of Commons on 20 June 2018 to mark World Refugee Day. Shukri was one of a number of speakers who electrified the audience, with their personal stories of what it is like being a refugee and how they are giving so much back to their communities.

The event was organised by Initiatives of Change, to launch their path-breaking course Refugees as Rebuilders which focuses on training refugees from the Horn of Africa.

Hosted by the Rt Hon Tom Brake, Lib Dem MP from Sheffield, in one of the House of Common’s grand and imposing committee rooms, he reminded the audience there are currently 65 million people displaced worldwide, representing 1per cent of the people on the planet. Unfortunately, the dominant view of that 1 per cent is a negative one. Tom Brake called on people to recognise the positive contributions refugees make in the UK and after returning to their countries of origin. He paid tribute to the “courage and resilience of refugees” who often have “great potential”.  He called on the Government to use refugees to fill the NHS skills gap and he hoped asylum seekers more generally would be “allowed to work faster”.

However, the event belonged to Dr Mona Ismail, architect of the Refugees as Rebuilders Training Course. As she explained to the audience, she had begun training refugees from the Horn of Africa, largely professionals, since 2005, who wanted desperately to work in their host country and engage in the rebuilding of their home country. It is a very personal commitment. Dr Ismail came to the UK as a refugee 27 years ago. It has been a journey which she explained gave her the opportunity for growth and she embraced Britain in all of its complexities. In return, she wanted to ensure every refugee in Britain could have the same opportunities. Her pioneering course has been honed and perfected and consists of three key training components designed to empower refugees to work as rebuilders in their host home country. These consist of learning how to support and develop reconciliation through dialogue; ethical leadership; and economic self-reliance.  Her vision is that with financial support, the course will create a network of alumni working  back home in fragile, conflict-prone areas, to roll out their training in community-based hubs, training others.

The programme already has a huge success rate and many stars. One of the youngest speakers was Mr Ismail Moussa. A student of aircraft engineering, he is also a human rights activist originally from Eritrea. He sees it as his duty to play a role within the diaspora to help in the rebuilding and reconstruction of home. Refugees have a strong desire to contribute he argued. They make the decision to leave their homeland as it is “their only option”; “they put everything on hold”; they carry with them a unique history. Some people have experiences they can never talk about. Uganda born and educated Mr Joseph Ochieno, had to leave Uganda after being tortured and imprisoned. He now works as a political commentator and human rights activist. He spoke from the heart also, reminding the audience of the emotional cost of leaving home and living as refugee. “We have deep experiences,” he poignantly stressed.

The event was also a timely reminder of the damage and hurt from negative attitudes towards refugees – that they are takers not givers. The key message of the event highlighted just how wrong that view is. There are huge moral, ethical and economic reasons to make sure refugees are never seen as anything less than “part of the human race” as Mr Ochieno powerfully stressed and are understood as people who want to give back and who are well placed to make a difference.

I learned so much, not least about my own assumptions. As we sat outside the committee room waiting to go in, in one of the stuffy, dark corridors of the House Commons, I looked over at the people sitting opposite me also waiting. One of them was a young woman, beautifully dressed, with a tiny baby in a push chair next to her. I thought how lovely, a young mother, here to support her husband or family. My mistake. This was Ms Shukri Adan. Law graduate, life-coach and already a rebuilder. Lesson  learned!

For more details see Initiatives of Change or contact Muna.ismail@iofc.org

This event was attended as part of a research project on Pathways to Resilience – the role of a diaspora in post-conflict reconstruction, London and Hargeisa, from 1990’s onwards funded by IGA/Rockefeller, LSE. For more information contact Dr Joanna Lewis:  j.e.lewis1@lse.ac.uk

Dr Joanna Lewis (@joannalewisnews) is an Associate Professor at LSE and the Principal Investigator in the project, Pathways to Resilience – the role of a diaspora in post-conflict reconstruction, London and Hargeisa, from 1990’s onwards. She is the author of the book, Empire of Sentiment: the death of Livingstone and th emyth of Victorian Imperialism. 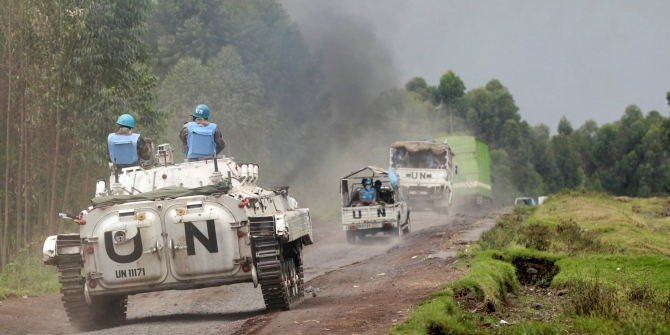 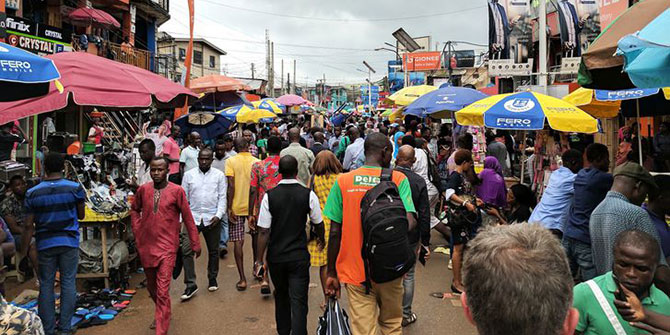 Bad Behavior has blocked 5813 access attempts in the last 7 days.