That news organisations often make use of images, footage and copy produced and supplied by NGO communications departments is not, perhaps, news to journalists and humanitarians. But how precisely do those professional entanglements work? With what effects on newsrooms, journalists, and humanitarian staff? As large, DEC-style appeals and the media’s relentless pursuit of Oxfam’s malfeasance ought to remind us, the stakes for media-humanitarian relationships can be high indeed.

Dr Kate Wright is currently Chancellor’s Fellow in the Cultural and Creative industries at the University of Edinburgh and a co-investigator on the Humanitarian Journalism project, as well as having previously worked as a BBC journalist on precisely the kinds of issues where the question of media-humanitarian relations most readily arise. In Who’s Reporting Africa Now: Non-Governmental Organisations, Journalists and Multimedia, she explores these questions of why content sharing sometimes takes place between journalists and humanitarian media workers, why it is sometimes resisted, and what effects it might produce on the norms of media and humanitarian organisations alike.

This question of norms is essential to the approach Wright takes in Who’s Reporting Africa Now, as she argues convincingly that making sense of when and how NGO content is accepted in newsrooms is not something that can be sufficiently explained through an appeal to the political economy of news alone. The observation that NGOs can produce high-quality news material that effectively subsidises increasingly threadbare news budgets is insufficient to explain why editors decide to accept or decline material. Wright points out – and illustrates over a varied series of detailed case studies – that the norms and values of media and NGOs alike play an important role in making content sharing between NGOs and newsrooms possible.

Whether interpersonal trust in former journalist colleagues who have relocated to NGO communication roles, or a more general perceptions of a ‘fit’ between the organizational cultures of a newsroom and a specific humanitarian organization, Wright makes a compelling case that issues of trust, professionalism and norms have to be included in any analysis of when and how links between newsrooms and NGOs form. The book is quick to point out, though, that these linkages should not be automatically seen as unproblematic – with potential consequences for news accuracy, compromised ethics in dealing with freelancers and NGO beneficiaries being highlighted throughout the book. Whether it is translators being leaned on to provide ‘simplified’ accounts of testimony or a bad-faith corporate social responsibility exercise purporting to involve a marathon trip from Kenya to South Africa in a wheelchair, cautionary lessons abound in every case study.

Who’s Reporting Africa Now will make engrossing reading for anyone involved or interested in the production of news relating to the continent, whether they work in a newsroom, an NGO, or somewhere on that boundary. Wright’s detailed examination of each case study, right down to the individual translators, freelancers, fixers and fieldworkers involved in creating and pushing stories in each case study will provide generous material for discussion on both sides of the increasingly porous border between news and NGO communication. 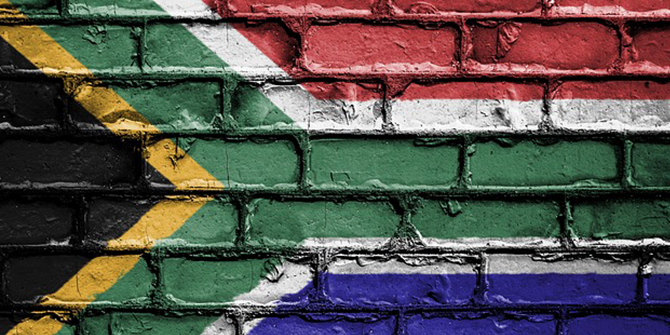 Bad Behavior has blocked 3946 access attempts in the last 7 days.