Diasporas are often characterised by displacement and otherness, but Afro-Austrians, like diasporas elsewhere, exemplify this simplification. They have complex linkages with their countries of residence, just as much as their countries of ‘origin’.

I spent the summer of 2017 researching Afro-Austrian identity in Vienna. There was a sentiment of surprise whenever I explained that this meant looking into Black identity in Austria. ‘But are there even Black people in Austria?’ was a question I grew accustomed to hearing, but I wasn’t particularly taken aback. After all, it was this underrepresented reality of the Afro-Austrian experience that I was trying to capture in a mere 10,000 word dissertation.

Indeed the greater struggle was convincing people that Black people were not only present in Austria, but embedded in the nation’s history.

The word ‘diaspora’ paints the picture of people dispersed from their homeland, displaced and scattered across a distant territory. In its inception, my dissertation was going to explore contemporary migrant naturalisation in Austria. I wanted to know what it meant to be Black in a nation whose historical ties to National Socialism, and discriminatory patterns on the basis of ethnicity and race, isolated generations of Black Africans who had settled within its borders. However, the more research I undertook, the more I started to uncover a history of Africans in Austria that dated back to the 14th century.

The most notable of the stories I encountered was that of Angelo Soliman (1721–96), who was Prince Joseph Wenzel of Liechtenstein’s slave. Highly regarded by the royal family because of his intellectual abilities, Soliman was a part of high-brow Viennese society and shared spaces with contemporaries such as Wolfgang Amadeus Mozart, the renowned Viennese composer. Despite his fame, Soliman’s body was stuffed and exhibited by Emperor Joseph II after his death. His daughter Josephine Soliman bitterly protested the inhumane and undignified treatment of her father, but to no avail.

Growing up in Vienna, I was surrounded by architecture and culture that glorified a national nostalgia, yet I wondered how many more stories like Soliman’s had been omitted from the numerous history lessons I had received over the years. Perhaps to understand, truly, the surprise at uncovering a Black history within this nation some contextual information is useful.

Austria has never been an official coloniser. During the Berlin conference (1884–85), European empires split up the African continent in a rush to capitalise on its goods and resources. But the Austro-Hungarian Empire was so thoroughly weakened in its financial and administrative capacity at the time that it was unable to attempt colonisation. This is not to say that it failed to reap the benefits of colonial trade, not least because the empire had successfully married members of its royal family into virtually every imperial household. Still, the result was that Austria never had to confront the uprising of Black Nationalism when African nations began to demand independence in the mid- 20th century. It also never bore the responsibility of facilitating immigration from its colonies. As a result I had never stopped to think that there was a record of Black Austrians dating past the late 20th century.

A comparative study into the Afro-German context, which took me to Berlin for part of my research, confirmed a distinctly diminished presence of Austria’s African diaspora (not just in numbers, but in the ability to take up space). So what are the implications for understanding the African diaspora here, or indeed anywhere?

For one, it pushed me to look beyond the obvious. What was most frustrating about my research was that I kept running up against this idea of diasporas being a people characterised by displacement and otherness. Yes, there is some truth to these labels, yet in this characterisation is also a lazy justification for the simplification of the diasporas’ (his)stories. In reality the experiences of the diaspora reveal complex linkages with their countries of residence, as much as they do with their countries of ‘origin’. I use quotations to challenge the idea that we as the diaspora exist solely in transit, or exist somehow constantly untethered to a real or imagined home.

We are more than strangers in a foreign land. We are influencers, living networkers who exist as human infrastructure between people and place.

The identities of the African diaspora in Vienna are slowly coming to light. Organisations such as Pamoja: The Movement of the Young African Diaspora in Austria, the annual African Diaspora Youth Forum in Europe and Fresh Magazine, a publication on Black Austrian lifestyle, all colour the lines of the nation’s borders.

My dissertation took a turn away from looking at conditions of citizenship among the African diaspora. Instead, I sought to understand the ways in which Afro-Austrians are not just Africans in Austrian, but African-Austrians, Black Austrians. I wanted to deconstruct the idea that the two entities are mutually exclusive. I was guided by a quote from Audre Lorde which appeared in the preface of Showing our colours: Afro-German women speak out:

‘We are the hyphenated people of the Diaspora whose self-defined identities are no longer shameful secrets in the countries of our origin.’
– Audre Lorde, 1984 (emphasis added)

African diaspora histories are nations’ histories: nations of origin, transit and destination. They are not shameful secrets. It is time to lift the veil and let our stories breathe.

Nina Grossfurthner is an MSc student in Political Sociology at LSE. In 2018 she received a BA from Cambridge University where she produced a dissertation on Afro-Austrian Identity. Nina is the winner of the LSE Africa Summit blog competition 2019. 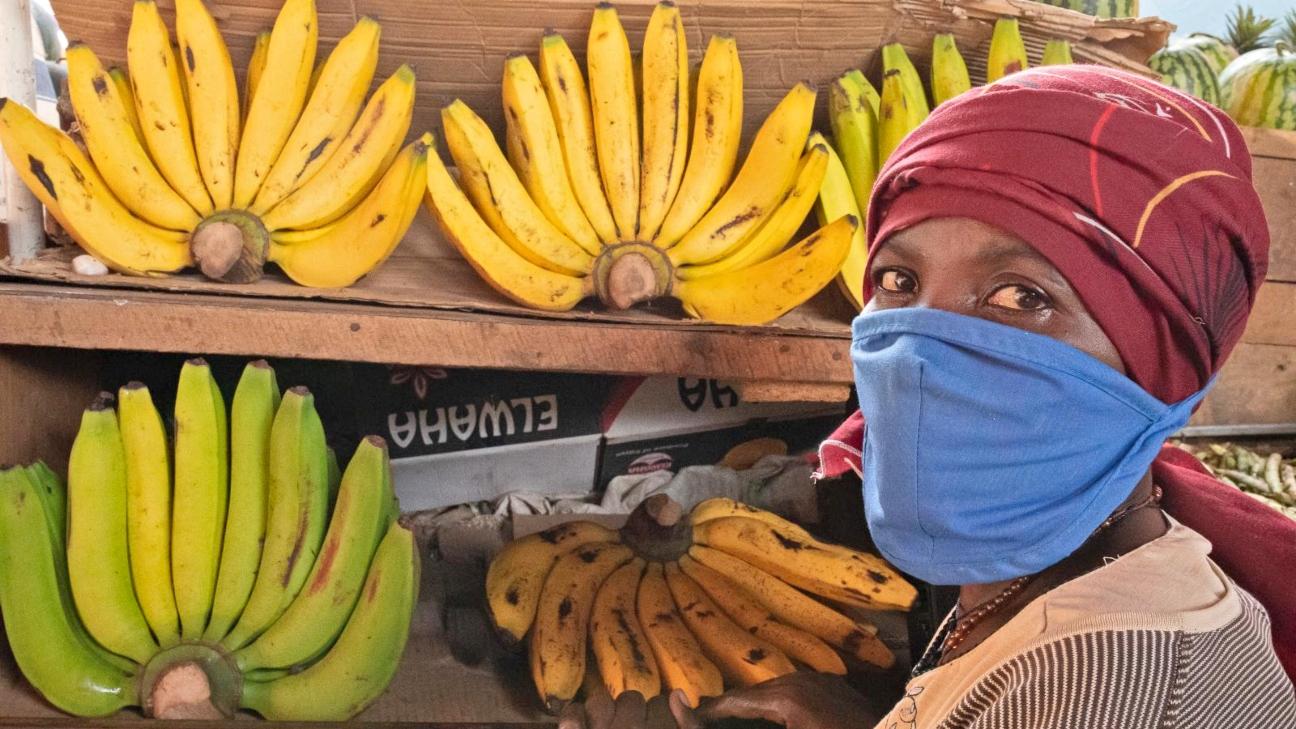 Life in Kampala under lockdown: in photos