Community-based conservation models have been hailed as a solution to declining wildlife numbers. While these models include local communities in the decision-making processes that surround wildlife protection, these communities also enjoy economic and social benefits through employment opportunities and tourism revenues. On the surface it sounds like a win-win situation.

In Tanzania, as in many other African countries, wildlife does not stay in its protected areas, in so called ‘national parks’. Wildlife will often roam outside park boundaries into private lands, mostly owned by local pastoral communities. This has detrimental effects on community livelihoods, with elephants destroying crops and carnivores predating their livestock. The wildlife is also more likely to fall victim to poachers and illegal trophy hunting. Community-based conservation models, in the form of Wildlife Management Areas (WMAs), were created in Tanzania in this context, to enable local communities to shape conservation efforts.

WMAs are often a group of villages that collectively provide parts of their land for conservation purposes. Mostly located in close proximity to protected wildlife areas controlled by the national government, these groups of villages elect representatives which form an Authorized Association or Community-Based Organization which negotiates contracts with the government and private investors on behalf of the community. They also play a vital role in land use planning, which involves agreeing on how much communal land is set aside for conservation purposes, agriculture, grazing, consumptive and non-consumptive tourism.

However, recent research reveals a number of problems associated with WMAs, which are often caught between conservation and development objectives.

We might look at the case of the Burunge WMA, which the Tanzanian government praises as one of the most successful WMAs in the country. In 2014 its tourism-based revenue after taxes was USD 248,000. Dividing this amount among the community’s 36,000 inhabitants meant that one person received about USD 7 in that year. Communities cannot rely on tourism revenue alone.

At the same time, WMAs have resulted in communities having less land available to pursue other income-generating activities such as farming. At least the same number of crops must be farmed as before joining the WMA but with less land available, which makes crop rotation increasingly difficult and can lead to declining soil fertility and degradation.

Less land also becomes available for livestock grazing. To feed their cattle, villagers must at times cross through the WMA’s boundaries and into areas leased to private tourism investors. Wanting to keep the area exclusive for tourism activities, investors hire security guards to protect these boundaries, which frequently leads to violent conflicts with villagers.

Looking at such instances, it is only natural that some villages are questioning their membership within their WMA, but to leave has not proved simple. With no legal frameworks in place to facilitate a withdrawal, communities find themselves in a difficult conundrum. In protest, one of the villages within the Burunge WMA has even refused to accept its accumulated revenue of USD 70,000. They argue the community has previously managed wildlife conservation without the help of NGOs, who act as environmental management consultants, the central government and private investors.

Various actors such as the national government, conservation organisations and NGOs are all intended to play an advisory role to the Authorized Association to make sure that both the interests of the communities and the wildlife are addressed. It seems, however, that there is a conservation bias, which prioritises conservation over community well-being and development.

Governments are motivated by the increasing tourism revenues that WMAs have facilitated, wanting to keep as much autonomy over WMA governance as possible. It also makes for an attractive marketing campaign, such that the national tourism board creates a narrative whereby a two-week safari holiday will help alleviate marginalised children’s poverty. But villagers are uninformed about their legal rights or WMA regulations, and tourism revenues often fail to trickle down to the grassroots level due to corruption and a lack of local governance and representation. There are also accusations that government officials directly collude with private investors about the allocation of wildlife user rights in community areas, leaving villagers excluded from the process.

Furthermore, there is a current upsurge in support for neoprotectionsim which views that nature will only thrive with minimal human intervention. The neoprotectionist adheres to a moral imperative of protecting nature for its intrinsic value and the aesthetic pleasure it provides to people. Indigenous communities are seen as environmental hazards and therefore want to place nature inside safe and secure ‘barriers’. This plays to a romanticised image of Africa supported by national governments and private investors, in which communities inevitably play a peripheral role.

As a result, the same communities intended to govern the WMAs find themselves excluded from governance and policy processes. The institutional framework allows for loopholes that enable a centralised control over key natural resources to which the communities should be involved. Research also shows that the Authorized Association in Tanzania, comprised of officials elected by the villagers, are in fact more accountable to the state government as well as its Wildlife Division branch than the villagers who elected them.

A strong legal framework is needed for WMAs with clear rules and regulations to enable greater control for villages in decision-making processes, creating a model that is genuinely ‘community based’.

Some researchers have conducted interviews at the grassroots level with actively engaged community members and villagers about their concerns. Firstly, villagers have voiced that the Tanzanian government should forfeit the 35% tax on revenues generated through non-consumptive tourism within WMAs. Villagers report that the increased living space for wildlife through WMAs brings a huge upsurge in tourism revenues and it is fair for the communities to keep most if not all of the generated revenues.

The research further shows that villagers think the process by which revenues are shared could be greatly improved. Currently, revenues are shared equally across all villages that make up the WMA, but there are beliefs that some villages benefit more than others, given that some villages are more heavily affected by wildlife. Villagers living in closer proximity to wildlife should receive more compensation, because their crops and livestock are at a greater risk of being damaged and harmed.

Lastly, polices around grazing need drastic improvements. The Burunge WMA, for example, is split into Corridor Use zones (where wildlife can safely walk from one natural reserve to the next), Hunting Use zones and General Use zones. Grazing is only allowed in General Use zones, but there is no real evidence that the other two zones are negatively affected if grazing was also allowed inside them. Agreements would need to be met with tourism investors, however, who are often of the opinion that villagers and their livestock do not fit the romanticised image of the African wilderness that Western tourists pay a lot of money to see.

With high corruption levels and the current upsurge in neoprotectionism, community-based conservation models appear more at risk than ever, at a time when rapid population growth puts increasing pressures on natural resources. State and non-state actors as well as communities must collaborate to improve their frameworks, so that wildlife and communities can thrive in coexistence. Otherwise, rates of human-wildlife and human-human conflicts will alarmingly increase.

Sidney Trompell is a Kenyan/German MSc student at LSE studying African Development. He is also a summer Graduate Fellow at the LSE Firoz Lalji Centre for Africa. He has an avid interest in rural community development and his current research focuses on community-based and participatory wildlife conservation models in East Africa. 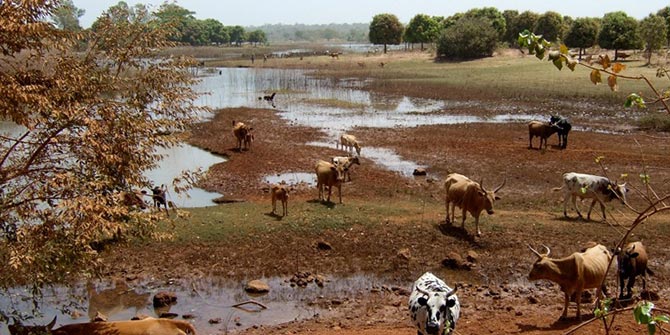 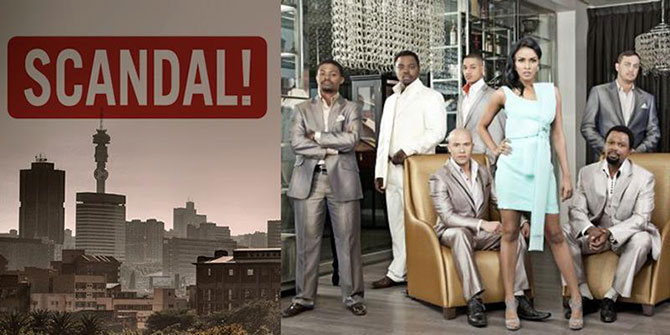 Bad Behavior has blocked 454 access attempts in the last 7 days.