Activist groups working to challenge South Africa’s mining industry are using human rights to progress their cause. Based on collaborative research with a leading social movement in the country, LSE’s Allison Corkery and Johannesburg-based activist Fatima Vally explore how human rights could nonetheless be a sharper analytical tool for grasping how political and economic power is wielded.

A dozen women, of all ages, squeeze into the small office of the women’s group. Homemade posters on the wall display quotes from Maya Angelou, Eleanor Roosevelt and Rihanna. We balance on sofa arms, perch on tables and lean against walls, shoulder-to-shoulder – but we’re imagining ourselves in a much bigger space.

We’re in the middle of a role-playing exercise, where group members are addressing a mass meeting about what human rights could mean for their community. ‘Like even now, we are talking politics here – you’ve got the right to do that,’ someone explains. This gets an enthusiastic response.

The workshop was one of three that we held with community activists affiliated with Mining Affected Communities United in Action (MACUA) and Women Affected by Mining United in Action (WAMUA), which, together, form a leading social movement with a presence across South Africa. These workshops were part of a collaborative research project exploring how activists living near mines are organising to confront poverty and inequality in their communities and what role human rights plays in their organising.

South Africa’s mining sector is estimated to be the world’s fifth largest, in terms of its gross domestic product (GDP) value. The sector is one of the central drivers of the country’s economy. But its role is hugely contentious. In addition to environmental damage, corruption, conflict and inequality is rife.

Since 2012, MACUA has been a formidable counterweight to the toxic and exploitative alliance between mining corporations and the South African state. Through mass mobilisations and campaigns it has put forward a vision of people-centred forms of power, with the aim of ending centuries of exploitation and colonial dispossession of land and minerals. In so doing, it has played a key role in encouraging people to rethink and re-imagine South Africa’s mining sector.

Whether human rights can be an effective tool to advance the movement’s struggle is an important question for MACUA’s leaders. South Africa boasts one of the most progressive constitutions in the world. Since the end of Apartheid, it has ratified a plethora of international human rights instruments. But in a country that is still one of the world’s most unequal, human rights can seem like an abstract and inconsequential concept.

Can human rights really be used to interrogate power relations and agitate for their disruption? What light can a rights ‘lens’ shed on the political economy of the mining and extractive sector? Do acts of ‘claiming’ rights change who makes decisions, redistribute power, or alter who reaps the benefits and who bears the cost?

To answer these questions, we knew we needed to turn to the women and men directly involved in redistributive struggles. At the same time, we wanted to be sure that the insights generated by the research would benefit them directly. Drawing on participatory action research methods, we developed a structured yet flexible data collection process that facilitated collaborative analysis. In addition to our three workshops, held in townships on the outskirts of Johannesburg, we carried out 16 semi-structured interviews – 12 with the movement’s local activists and then four with its national leadership.

We found that for activists in mining-affected communities human rights is primarily a political tool. The way they talked about their organising made it clear that they saw themselves as legitimate representatives of a legitimate stakeholder, and an awareness of human rights contributed significantly to that sense of legitimacy. In our conversations, we saw that activists were well versed on the relevant rights that protected their organising. Importantly, they felt strongly that they could negotiate the meaning of those rights as ‘ordinary citizens’, as one activist observed.

Human rights was deployed less as an analytical tool. When asked to characterise their concerns, most activists were understandably focused on specific grievances and immediate material needs or livelihood problems. They offered widely varying interpretations of what the causes of these problems were or how they could be addressed. Nevertheless, as Nester Ndebele, the national coordinator for WAMUA, notes, ‘all the movements that are around, though we fight separately for certain things, at the end we are fighting for one thing – to have lives that have dignity.’

Our findings suggest activists are more familiar with the protections in place for civil and political rights than for socioeconomic rights, which reflects a global trend in their marginalisation. But the result is that the explanatory value of human rights is reduced. This makes it harder to critique how, in the context of mining, the concentration of political and economic power enables rights violations and fuels inequality.

While human rights appeared credible and salient to the activists we spoke to, there are pedagogical challenges for the movement in building up ‘literacy’ on socioeconomic rights. It is important to avoid ‘spoon feeding’, Nester stresses, otherwise ‘we’ll just be saying human rights, equality, and whatever – without a clue what we mean.’ These concepts need to be woven into the critiques activists are forming about the daily grind of putting food on the table, ensuring there is clean drinking water and finding adequate healthcare facilities.

To date, much of the debate about whether and how human rights play a role in tackling inequality has been conducted among academics in the global North, where the focus is on legal norms and their interpretation. There is little focus, however, on who is engaging with these norms in practice and why and how they might do so. By contrast, our research showed that when these debates take place in different spaces, such as small rooms overflowing with activists, they can elicit new questions and provide important insights.

Allison Corkery is a 2018–19 Atlantic Fellow for Social and Economic Equity, housed at the International Inequalities Institute at LSE.

Fatima Vally is the Director of Programmes at MACUA. 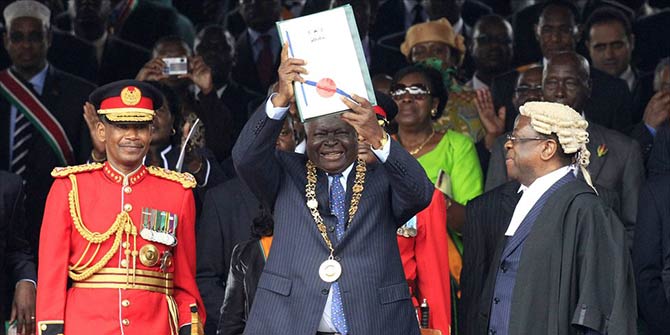 Protecting the human rights of refugees and displaced persons