Lake Albert in Uganda is home to many migrant fishing communities geographically and politically isolated from the Ugandan state, who regularly cross borders into the Democratic Republic of Congo for their livelihoods. What does this mean for health-seeking during a pandemic, and how do COVID-19 public health responses impact these already vulnerable communities?

This blog is part of the series Shifting Spaces, an emerging timeline of COVID-19 responses from Kenya, Malawi, Tanzania and Uganda resulting from the LEAD research project at the Firoz Lalji Centre for Africa.

Lake Albert, known locally as Mwitanzige, literally meaning ‘the killer of locusts’, is situated between Uganda and the Democratic Republic of Congo (DRC). In light of COVID-19, this cross-border location presents particular challenges for fishing communities affected by public health initiatives who, from the Uganda side of Hoima, are characterised by their constant mobility between different landing sites in search of better catches.

These communities are multi-ethnic, mainly dominated by Alur, Bagegere, indigenous Banyoro, Lugbara, Bakonzo and Banyarwanda immigrants, and they hold diversified cultural norms and beliefs in the causes of sickness. These beliefs in turn feed into varied health-seeking practices within and between communities, significantly as the landing sites are known to have a high prevalence of water-related diseases, including bilharzia, cholera, malaria and diarrheal diseases.

The COVID-19 pandemic has highlighted the ways specific regional geographies – and porous borders in particular – have implications for people’s experiences of epidemic containment. For fishing communities around Lake Albert, marginal populations, including migrant workers who lack formal citizenship, have in particular been deeply affected by the public health response.

Hoima district is situated in mid-western Uganda, 210km from the capital Kampala. The district is set against Lake Albert to the West, which separates Hoima from the DRC; it takes just 2–3 hours to cross from Hoima to the DRC by motorboat. Communities in Hoima are often more socially and economically connected with their neighbours in the DRC than with those in the Ugandan capital. This has distinct implications for understandings of diseases; for example, populations fear that migrants could bring Ebola to Hoima. Economically, Hoima’s lakeside location has ensured that fishing has long been a staple of the region.

Together, Hoima hosts a total of 385 communities, defined in terms of villages, as well as 22 landing sites, which host fishing communities and act as major outlets for fish markets. Landing sites are isolated from governance of the wider Ugandan state, poorly served by clean water and sanitation provisions and inaccessible by road. Internally, however, these landing sites are diverse hubs of exchange. The 22 landing sites are dominated by the Congolese, who cross from the DRC to Hoima, and many reside for extended periods near to the landing sites. Upland stable communities – many of whom are farmers – also frequent landing sites to exchange fish for their agricultural products.

Fishing communities present a difficult to reach group for public health interventions, in a context where health and social infrastructure is already limited. These communities are mobile, often moving across international borders. Competition for the fishing of mukene by artisanal fisheries has encouraged changing tactics in the trade, and fisherfolk increasingly make treacherous journeys into deeper waters to ensure a profitable yield.

The arrival of COVID-19 in Hoima: impacts on health-seeking practices

Following confirmation of the first case of COVID-19 in Hoima on 29 March 2020, there was panic and fear among the general public. The case was a 55-year old male, a returnee from Afghanistan. He was not from one of the fishing communities but rather an upland community in Kyabigambire sub-county – an immediate neighbour to the lake shore sub-county of Kigorobya.

People generally perceived COVID-19 to be a deadly and highly contagious Chinese flu, thus fearing any contact with health workers. Because the majority of the local population are Christian, some understood the virus as a punishment from God, supported by the President of Uganda who recited a verse from Isiah 26:20 during a national address on epidemic containment measures: ’Hide your selves for a little while until the lord’s anger has passed’. These community beliefs and perceptions were not localised in Hoima but were instead a national concern.

The local authorities in Hoima took specific action. Indeed, given that the DRC had already announced cases of COVID-19, the authorities were increasingly concerned that the virus could enter the Ugandan district from the country via the shores of Lake Albert.

In response to the perceived threat, the Task Force and Ministry of Health in Uganda agreed that Hoima Regional Referral Hospital should allocate adequate space for a coronavirus treatment unit (CTU). This took place after the first case was announced in March 2020, at a time when the authorities were anticipating more cases along the Lake Albert fishing communities. The establishment of the treatment unit, which operates to date, impacted Ugandan health-seeking by displacing a mental health department and other patients. While many were relocated within the hospital, several inpatients rushed to demand for discharge voluntarily, and as news spread people started retreating to their homes.

To date, the CTU has handled 15 cases in its four months of operation: one from Hoima and 14 cases from outside the district, all making use of hospital staff placed specifically to handle COVID-19.

Moreover, accessing emergency services in the district during the lockdown period was difficult in terms of transport. Before the COVID-19 restrictions were put in place, the normal emergency referral system involved the use of both private and public transport to supplement inadequate public ambulances. To receive a government ambulance one must call provided hotlines, which requires airtime, or a referral letter from the office of the RDC for specialised attention. To access emergency services during lockdown, communities were directed to pass through the resident district commissioner (RDC) for clearance to use both private and public transport service, but restrictions meant there were only two ambulances available, based at Hoima regional referral hospital and Kigorobya HCIV to serve a population of 370,000 in the district.

In Hoima COVID-19 has put further pressures on an already strained health-system.

As part of its health response the authorities took action in the fishing communities, suspending all fishing activities on Lake Albert for 32 days – a directive supported by the Uganda People’s Defence Forces, among other security agencies. It was argued these closures were to prevent the arrival of illegal migrants who could be carrying the virus.

This has had significant effects on groups who rely on fishing as their primary source of income. The entire stretch of Lake Albert has over 400 ‘gazetted and ungazetted’ landing sites (200 being gazetted) in total, of which 22 are in Hoima. Significantly, the directive included the announcement that 61 out of 200 of the ‘ungazetted’ landing sites were to be closed in the first phase of action, including six on the Hoima side, followed by further closures.

A conversation in late June 2020 with the local council chairperson of Kaiso, one of the landing sites on Lake Albert where economic survival depends entirely on fishing, revealed key issues affecting the local population. He explained:

‘the lack of food supplies in the market due to restrictions on public transport [and] the banning of fishing activities, have left their people with no income and forceful relocation of people from other landing sites which the local people consider illegal have created unnecessary and unplanned settlements in their area.’

With many families deciding to flee the area, reports have circulated of people losing their belongings in the lake. In a tragic accident, at least eight people are reported to have lost their lives between DRC and Hoima side when a boat moving from Hoima carrying immigrants capsized. Those making the journey were likely illegal immigrants who had settled on Hoima side as either fishermen or dealing in the fish business.

Read together, responses to COVID-19 in Hoima have generated new sets of insecurities and vulnerabilities for some of the region’s most marginal inhabitants, highlighting the deeply uneven impacts of the virus as it plays out in specific localities.

Moving forward, efforts should be made to strengthen community structures, which will require meaningful engagement of village health teams with both resident and resettled communities, as well as the distribution of personal protective equipment. There is equally a need for relief and psychosocial support to the displaced families, as well as continuous community sensitisation. The immediate goal of protecting vulnerable fishing populations from COVID-19 must also take into account the disruption of livelihoods for fishing communities, socio-economic insecurity and both existing and emerging health risks.

Taking stock of the existing situation, we can hope that COVID-19 has brought existing vulnerabilities facing these communities into sharp relief. At the very least it has highlighted the urgent and ongoing need for action to protect and support the lives and livelihoods of Hoima’s inhabitants. 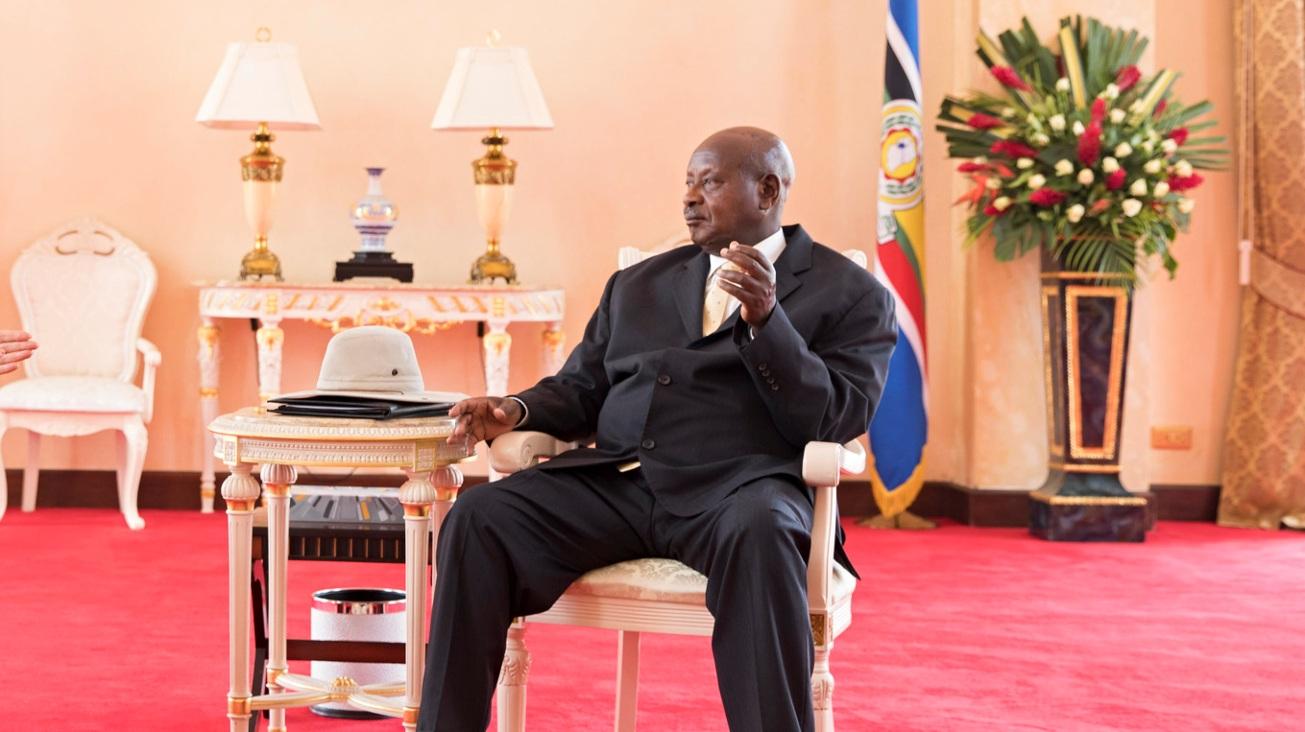 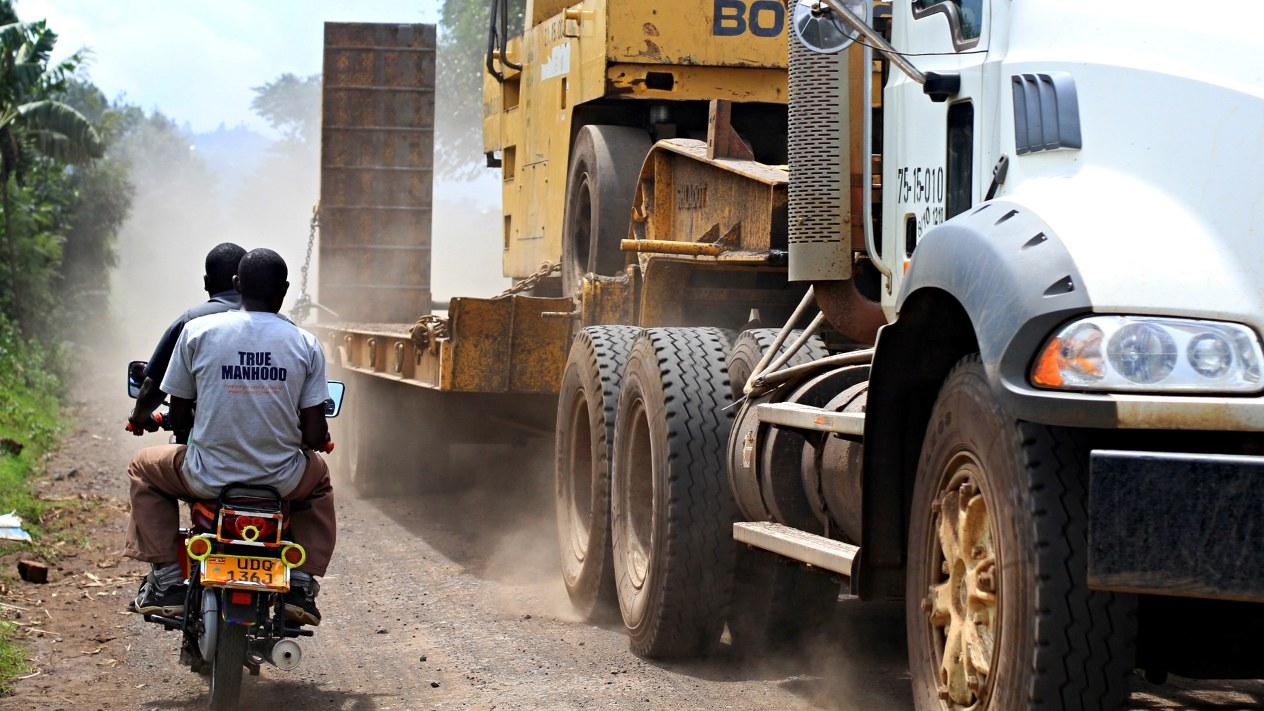