Since the end of the Second Sudanese civil war in 2005, movement across the Uganda-South Sudan border has been commonplace, complicating simplistic ideas about return and repatriation. New research among recent refugees from this region shows that these movements still continue, and are now ways in which refugees attempt to assert control over uncertain and unpredictable lives.

This post is based on research from the project Deconstructing Notions of Resilience at the LSE Firoz Lalji Centre for Africa.

Mobility has become an essential part of life for many South Sudanese over the last several decades, especially since the end of the Second Sudanese War in 2005. Most current South Sudanese refugees today result from the 2013 civil war, which killed hundreds of thousands and displaced nearly four million. In fact, this war was so brutal that by mid-2016, South Sudan was Africa’s greatest refugee crisis and the third largest in the world.

Despite being refugees, South Sudanese in Uganda continue to engage in many movements, both within and across Uganda’s borders. In our recent article published through the Journal of Refugee Studies, we investigate some of the journeys undertaken by refugees now living in Palabek Refugee Settlement in northern Uganda. Based on 12 months fieldwork over 2017-18, our paper argues that these movements are essential ways in which refugees attempt to take some control over their uncertain and unpredictable lives. Further, by setting their journeys within wider personal and regional historical perspectives, our paper shows how the movements of South Sudanese refugees disrupt simplistic ideas about return and repatriation.

Nearly all the South Sudanese we spoke with had been refugees at least once before, some as many as three times. However, despite the violence in South Sudan, many refugees also continued to move back and forth across the South Sudan/Uganda border, as they had done throughout their lives. Their reasons for these border crossings were diverse, reflecting long histories of mobility in this region and showing a range of personal, familial and communal concerns.

Despite this, our findings suggest that a combination of the specific location and demographic composition of Palabek vis-à-vis South Sudan alongside regional variation in South Sudan’s conflict dynamics were the primary factors allowing these journeys to be undertaken. Thus, throughout our fieldwork, and although much of the country was definitely unsafe, one obvious difference between refugees in Palabek and some other refugee receiving locations is that the majority of refugees in Palabek originated from generally safe areas near the Ugandan border. This combination of (relative) peace and proximity meant cross-border mobility was at least possible, if neither predictable nor entirely normal.

Security concerns are therefore significant, as many refugees’ movements depended upon the success of R-ARCSS (the Revitalised Agreement on the Resolution of the Conflict in South Sudan), South Sudan’s current but fragile peace process. Although several previous attempts to end the war had failed, more positive feelings about the potential of R-ARCSS was shown by the fact that the number of cross-border journeys increased substantially following the signing of R-ARCSS in September 2018. Over the November 2018 to March 2019 dry season, more people than ever returned to South Sudan. They went for longer periods, with some staying for several months in order to prepare land in hope of future cultivation.

Nonetheless, even the most active border crossers remained cautious about the future. This was because of the significant risk attached; as everyone recognised, the peace process was very fragile.

Fear of renewed violence, however, was not the only reason people stayed in Uganda; they were also concerned about losing their refugee status, and the rights and resources this status allowed. Given refugees’ very real fears about how they might be affected by events beyond their immediate control, it is little wonder they were reluctant to give up being a refugee. This is why people told us that permanent return would be at least three and five years away and then only if R-ARCSS continued to hold. Nonetheless, even in this circumstance, nearly everyone said they would maintain their refugee status as long as possible, allowing a return to Palabek should life in South Sudan prove too violent or difficult.

Corruption and its consequences

In the six months prior to R-ARCSS, however, cross-border movement had been severely curtailed due to the fallout of a scandal involving the systematic inflation of refugee numbers that rocked the Ugandan refugee industry. In response to this scandal, UNHCR instituted the organisation’s largest ever biometric registration and verification programme between March and September 2018. This sought to quantify the true number of Ugandan-based refugees, reducing the possibility of corruption and theft, and tying the allocation and distribution of all humanitarian assistance to the final outcome.

One result was a series of changes in how food was processed, distributed and accounted for. In Palabek, this meant that from June 2018, camp authorities began insisting refugees could only collect food aid from a single specified point on one particular day per month. As well as an irregularity in distribution days – it could be the start of the month during one cycle but the end or middle during another; food collection was suddenly now only available to persons older than 14 who could provide valid biometric data on a specific day, usually publicised less than a week before delivery began.

Because of these changes, friends, kin or refugee leaders could no longer collect food for absentees, as they had been able to under the previous system. Although more accountable, the new system not only had a negative effect on those who had not correctly registered (most of whom now lost all access to food and other humanitarian services) but also on refugees’ wider movements undertaken across the border and within Uganda, significantly limiting refugees’ legally-entitled freedom of movement.

As in any community, some refugees in Palabek travel more frequently or for longer periods than others, and these differences demonstrate obvious class dimensions. For Palabek residents before the 2018 biometric verification exercise, especially, cross-border movement was definitely more common among those located at the extremes of the class spectrum and had distinctive class profiles.

On the one hand, while some refugees are involved in international business and have dependable access to vehicular transport and a variety of sought after trade goods, most move out of sheer desperation, their mobility induced by uncertainties around service provision and resource availability; for many of the more marginalised, life in the settlement had simply become too fragile to bear. Generally this was because, despite the prima facie refugee status to which all South Sudanese in Uganda are entitled, for various reasons they had either failed or could not afford the bribe money necessary to officially register as a refugee. Therefore, unable to afford life in the settlement and without any access to food, health services or other humanitarian assistance, desperation drove them back to the uncertainties of South Sudan.

At least until biometric registration stabilised humanitarian assistance from April 2018, a lack of dependable food provision was the single greatest concern of most Palabek refugees. Although regular distribution of food seemed to be an assumed fact by most humanitarian actors, it certainly was not taken for granted by refugees. In fact, missing or delayed food aid was a defining feature of settlement life over 2017-18, and we were repeatedly told it was the single main reason someone would leave the relative safety of Uganda and return to uncertainty and danger in South Sudan. We were shown multiple abandoned compounds whose owners had been among those denied food by humanitarian corruption. Because they could not afford the requested bribes, these refugees had concluded their best chance of survival was to leave the refugee settlement – in which they had no means of obtaining food or health services – and return to try to scrape out a subsistence-agriculture-based life-on-the-edge in a country beset by violence.

Several empirically-based conclusions and recommendations follow from our research:

Firstly, the contemporary cross-border mobilities of Palabek refugees are connected to refugees’ experiences of life in Uganda and the unique location of the settlement vis-a-vis South Sudan. This means:

Secondly, along with the difficulties of settlement life, other important parameters affecting cross-border mobility were localised development and national peace and security initiatives. This means:

Read the full paper in the Journal of Refugee Studies here.
See the research in cartoon as part of the CPAID Comics series here.

Ogeno Charles holds a BA in Public Administration and Management from Uganda Christian University and an MSc in Development Management from LSE, funded by a scholarship from the Programme for Africa Leadership (PfAL). He currently works as a Play Therapist for the AVSI Foundation in Rwamwanja and Palabek Refugee Settlements. Before this he worked as Program Coordination and Development Manager with The Reconciliation Project from 2010-2020. 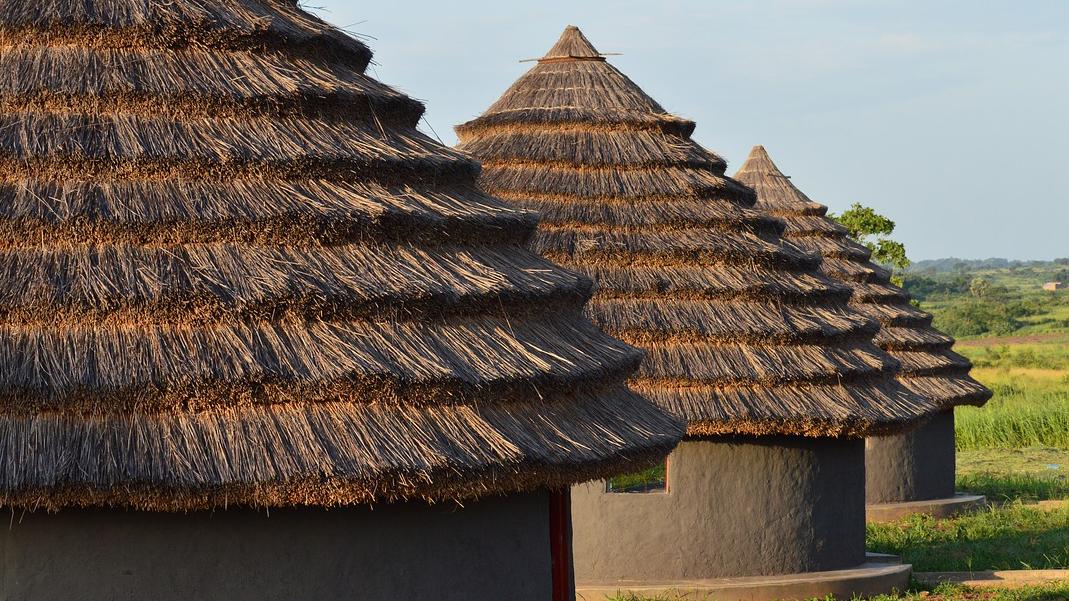 Bad Behavior has blocked 2640 access attempts in the last 7 days.