In this author interview, we speak to Dr Robtel Neajai Pailey about her new book ‘Development, (Dual) Citizenship and its Discontents in Africa: The Political Economy of Belonging to Liberia’. Drawing on life histories from over 200 interviews in West Africa, Europe and North America, the book examines socio-economic change in Liberia, Africa’s first black republic, through the prism of citizenship.

The virtual London launch of Development, (Dual) Citizenship and Its Discontents in Africa will be held at LSE on 25 February 2021 at 17:00 GMT. You can register to join the conversation. You can also download a free copy of the book’s Introduction.

Q: Can you explain what you mean by the ‘political economy of belonging’ and what this signifies for a post-war country like Liberia?

In the aftermath of violent armed conflict, identities, practices and relations between people transform, as was the case when Liberia’s protracted, fourteen-year armed conflict ended in 2003. I conceptualise this reconfiguration process as a ‘Liberian citizenship triad’ which involves a complex web of interactions amongst identities, practices and sets of relationships. I describe the triad further as a ‘political economy of belonging’: a transactional system in which socio-economic transformation depends on the provision of privileges/protections (‘rights’) in exchange for the fulfilment of duties/obligations (‘responsibilities’), and vice versa.

Q: Your book focuses particularly on the issue of dual citizenship within Liberia. Why has this been such a contentious topic, and how is this linked to the history of citizenship in the nation?

Liberia is one of seven countries in Africa that does not formally recognise dual citizenship, but it attempted to buck this outlier status by introducing a dual citizenship bill in 2008 that was never passed. I argue throughout my book that citizenship has always been contested in Liberia, making the impasse on dual citizenship a 21st-century manifestation of the country’s enduring struggles over citizenship. For example, during the first century of Liberia’s existence as Africa’s first black republic (from 1847 to 1947), laws and norms around citizenship generally excluded indigenous populations who had inhabited the territory before black migrant settlers arrived from the United States, Caribbean and Congo River basin. Back then, citizenship was biased against what I call the ‘rooted indigene’.

Historical and contemporary processes of conflict, migration and post-war recovery have created prejudices against what I call the ‘rootless emigrant’: Liberians who left the country before, during or after the war and naturalised abroad, or Liberians born abroad to Liberian citizen parents who opted for their birthplace citizenships after reaching adulthood. These Liberians argue that they should be able to retain Liberian citizenship by birth and ancestry, respectively, because they have been important political, economic and social actors—sending remittances, lobbying for the cessation of armed conflict, investing in real estate and agriculture, etc.

On the other hand, many Liberians at home view dual citizenship as a zero-sum game, deepening inequalities, infringing upon their already limited access to political, economic and social rights and prioritising a seemingly privileged class of transnational actors. So, while the 21st-century gridlock on dual citizenship is deeply socio-economic in nature, it is emblematic of contested forms of exclusionary citizenship from the 19th century onwards. 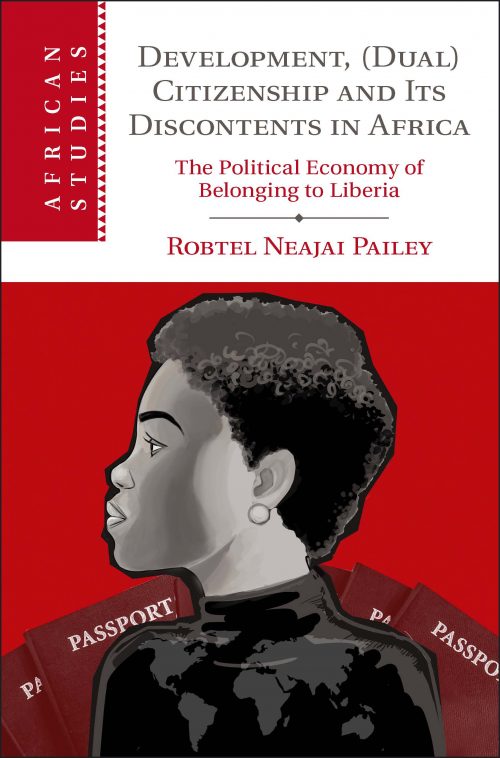 Q: To explore different perspectives on citizenship, you spoke to over 200 Liberian interviewees in the capital cities of Liberia (Monrovia), Sierra Leone (Freetown), Ghana (Accra), the UK (London) and the US (Washington, DC). How did you choose these sites, and did you encounter any methodological challenges in navigating this number of interviews across three continents?

The scholarly literature on global cities demonstrates that citizenship is most contentious in capitals, so I wanted to test this claim by comparing/contrasting how the lived experiences and socio-economic positions of Liberians residing in urban centres in the West African sub-region (namely Monrovia, Freetown, Accra), Europe (London) and North America (Washington, DC) impact how they view and practise citizenship, and how they view and practise development. In these capitals, I spoke to Liberian executive and legislative policymakers (including the four sponsors of the suspended dual citizenship bill), domestic citizens (whom I call ‘homelanders’), returnees, diasporas and heads of diaspora organisations. While London and Washington were obvious choices because they represent sites of heightened diasporic lobbying for dual citizenship, I selected Freetown and Accra for a sub-regional analysis in order to challenge the flawed assumption that so-called Global South migrants/diasporas reside overwhelmingly in the so-called Global North.

My greatest methodological challenge was navigating my ‘insider’/‘outsider’ status as a Liberian scholar investigating the tenets of Liberian citizenship. While my positioning enabled access to different kinds of informants, I knew it would also influence the ways in which they responded to my questions. I addressed these limitations by deliberately selecting a combination of interviewees I knew and those I had never met. This was not always so clear cut because while I did not know some informants, they knew of me (and my radical politics) because I maintain a public profile.

Q: Africa has not featured as widely in academic literature on citizenship compared to other regions. What can research into citizenship contribute to debates on African development and post-war reconstruction, and what can a case study like Liberia add to scholarly understandings of citizenship?

Citizenship represents, for me, a more appropriate framework for explaining broader processes of political, economic, social and technological transformation (‘development’) in the continent of Africa because it challenges primordial references to ethnicity, religion and region, especially within the context of conflict. Although contemporary forms of citizenship originated in Europe, Africa is a fascinating region for exploring political subjectivities because the continent inherited colonial legal systems with multi-tiered citizenships based on indigeneity, race and ethnicity that persist today. In fact, contemporary contestations in Africa, violent and otherwise, centre primarily on claims for territorial legitimacy.

This is certainly the case in Liberia where the conflation of private property ownership and citizenship/belonging caused clashes between indigenes and settlers in the 19th century and continues to divide domestic and diasporic Liberians in the 21st century. Because the continent of Africa has seen some of the most violent citizenship clashes misguidedly portrayed as identity-based conflicts, it is essential to adopt a model of citizenship that takes this context into consideration. In my book, I fill empirical and theoretical gaps by interrogating the presumed symbiotic relationship between dual citizenship and development in an African post-war country.

Q: At the end of the book, you discuss some of the further questions that your study raises. What are you hoping to explore next?

My current project, Africa’s ‘Negro’ Republics, seeks to put Critical Development Studies and Critical African Studies into fluid conversation with Critical Race Studies. This research investigates how constitutional ‘Negro’ clauses that prohibit non-blacks from obtaining citizenship in Liberia and Sierra Leone have impacted the two countries’ pre- and post-war development outcomes. Through mixed methods including semi-structured interviews, surveys and archival data, I examine how slavery, colonialism and neoliberalism in the 19th, 20th and 21st centuries, respectively, have shaped the adoption and maintenance of ‘Negro’ clauses; how these race-based citizenship provisions challenge white supremacy and assert black personhood; and what implications this has for contemporary patterns of ‘South-South’ migration, investment, trade and aid. The project is especially relevant in light of rising advocacy worldwide against anti-black physical and structural violence as well as racialised, anti-migrant scapegoating.

The interview was conducted by Laurence Radford, Editor of Africa at LSE, and Rosemary Deller, Managing Editor of the LSE Review of Books blog, and has been co-posted on both blogs.

Development, (Dual) Citizenship and its Discontents in Africa: The Political Economy of Belonging to Liberia (Cambridge University Press. 2021) by Dr Robtel Neajai Pailey is now available.

Photo by Taryn Elliott from Pexels.

Robtel Neajai Pailey is Assistant Professor in International Social and Public Policy at the LSE Department of Social Policy. A Liberian scholar-activist working at the intersection of Critical Development Studies, Critical African Studies and Critical Race Studies, she centres her research on how structural transformation is conceived and contested by local, national and transnational actors from ‘crisis’-affected regions of the so-called Global South.