Ange Kasongo is a journalist who worked throughout the government-imposed lockdown in response to the COVID-19 pandemic in Kinshasa, the 14 million-person capital of the Democratic Republic of Congo. Well accustomed to the tumultuous life of the city, Ange recounts from her personal diary the anxiety and fear she, her friends, family and colleagues experienced since the virus first emerged in the DRC.

Read the series COVID-19 pandemic stories from the DRC and Sierra Leone.

‘It all began in March 2020’, Ange first recalled in her diary. Congolese authorities had proceeded to lockdown the residential commune of Gombe only, one of Kinshasa’s 24 districts and the wealthiest area of the city where most state institutions, the Congolese elite and wealthy expatriates are located. This yielded immediate dramatic consequences. With Gombe isolated, hundreds of thousands of impoverished residents had been cut off from their main source of livelihood.

Indeed, Gombe is, traditionally, one of the main districts where urban dwellers from across the city converge on a daily basis in search of any income. With no more opportunities to sell food, phone credits and other basic items along Gombe’s busy roads, Ange wrote, ‘one can only imagine the enormous loss of earnings for the general population’. From the inconsistent implementation of ill-designed lockdown measures, heightened police controls and brutality, to the soaring number of COVID-related rumours and viral ‘fake news’, as well as growing sentiments of suspicion among Congolese people towards each other, the government and westerners alike, the pandemic response in Kinshasa began in both confusion and general dismay.

‘I know I shouldn’t complain’, Ange thought to herself. ‘While the pandemic disrupted most national economies worldwide, so many people have lost their sources of income, but I still have my job’. Economic hardship was evident and growing increasingly dire, such that by June 2020, someone she had never met before reached out on Twitter and asked for financial help: ‘I haven’t been able to work for three months, we are at home, with no money’, the Twitter user said. By 15 October, it looked like nothing much had changed in the government’s strategy to deal with the pandemic in Kinshasa. The Congolese capital was now rife with many citizens denying the severity of the virus, even as it had already killed over a million people worldwide.

As precariousness spiked on the streets of the capital, fear began to fester among its inhabitants. ‘It’s taking hold everywhere’ Ange’s journal entries detail. ‘Fear is now in our markets, schoolyards, conversations with friends, in local newspapers, in family relationships and is lurking even within couples’ intimate lives’. Day and night, a growing stream of painful thoughts would torment her: how do we keep going about everyday life, psychologically, emotionally, or health-wise? How do we get to feed ourselves? How can we communicate throughout the crisis? How do we love each other? How can we overcome suffering? How do we manage our fear of losing a parent or loved one?

With every passing month, rumours and fake news came to worsen Ange’s anxiety, affecting her long working days. ‘What is my role as a journalist and researcher in this new world?’, she had pondered so many times over the past few months. While grappling with her uncertainties, Ange remembered her Sociology of Journalism course she once took in college: ‘as a watchdog’ she reminisced, ‘the media are entrusted with informing public opinion and monitoring government elites and policies’. Journalists are indeed responsible for appraising their readership through careful topic selection and flushing out the various sources that disseminate false and harmful information. ‘There are so many of these at the moment!’ Ange’s diary reminds us. As she wrote these words, a new rumour had been circulated, claiming COVID-19 only affected members of the well-off, both among the Congolese upper-class and white people. How can we rule out the hypothesis that COVID is an elite disease? These narratives would eventually form the bulk of her workload as Ange carefully debunked dozens of unverified stories she would track on social media.

All elements seemed to combine to produce widespread doubt among Kinshasa’s residents. Many of them strongly believed that ‘only those who can afford to travel to Europe are likely to be contaminated’ and that African people were being used as guinea pigs to test vaccines on. In April 2020, a video posted on Facebook falsely claimed that a bus driving Europeans with COVID vaccines had been pushed back by motorcyclists near Kinshasa airport. The video footage showed motorcycle taxi drivers protesting and denouncing the arrival of Europeans in the Congolese capital. They were convinced the bus was carrying vaccines aimed at clinical trials to be run on African citizens. Tensions ran so high, the police had to intervene to break up the angry crowd. ‘This really terrifies me. I’m scared for the Congo as a whole, for its inhabitants who are mostly poor, and especially for my relatives’, wrote Ange, on a particularly trying day.

Her turmoil materialised further when, on 21 October 2020, she thought she might have been ‘COVID-ized’. She had fallen ill with flu-like symptoms and had to take a couple of sick days. Checking up on her, her supervisor eventually called: ‘So, are you going to get tested’? he asked. ‘No!’ she nearly cried out – this was far too scary! Being ‘positive’ not only made her fears a lot more real but would mean she’d have to go to the hospital – and no one really wants to do that. Ange is painfully aware of the dire state of the country’s health care facilities: ‘Patient care in the DRC is not reassuring; going to the hospital basically means exposing yourself to more illness and neglect’, her diary concluded. Is that fear then? ‘I am frightened of so many different things’, she wrote down, always ‘fearing for your own life, for the lives of your loved ones, of your family, fearing for your own health, of losing your livelihood in a country where social security has long ceased to exist … Being scared of other people is taking its emotional toll. All the family members and friends we cherish; but who we can never hug or kiss! COVID now imposed so many forced “absences”: the absence of the other, even more so for those in long-distance relationships,’ complains Ange. According to her, ‘the closing of borders is a real slap in the face for lovers now scattered across the world’. The feeling of fear has become permanent, but is it emerging differently during this pandemic?

As she wondered how to manage her fear, Ange came across research articles dealing with American anthropologist Ernest Becker’s ‘Terror Management Theory’. She learnt that human beings craft a host of defence mechanisms as ways to cope with fear on a daily basis. These mechanisms aim both at fostering people’s sense of belonging, thus helping them to assign meaning to their real-life experiences, and at fostering self-confidence in individuals who contribute to building such meaning. Will this pandemic prove Becker wrong? Ange for her part, often turns to her faith.

For Ange, there are many ways for people to keep dreaming of better days that even COVID cannot take away. Belief. Hope. ‘I believe that none of my relatives are going to lose their lives to the virus’, she concluded in her diary gently. ‘I hope that my world won’t crumble down, because without faith in a better future, no one can carry on’.

Ange is a journalist from and living in Kinshasa, the Democratic Republic of Congo. She is the author of two books recently published with the Editions du Net and specialises on covering societal and political issues, as well as debunking fake news circulating in the Congo. 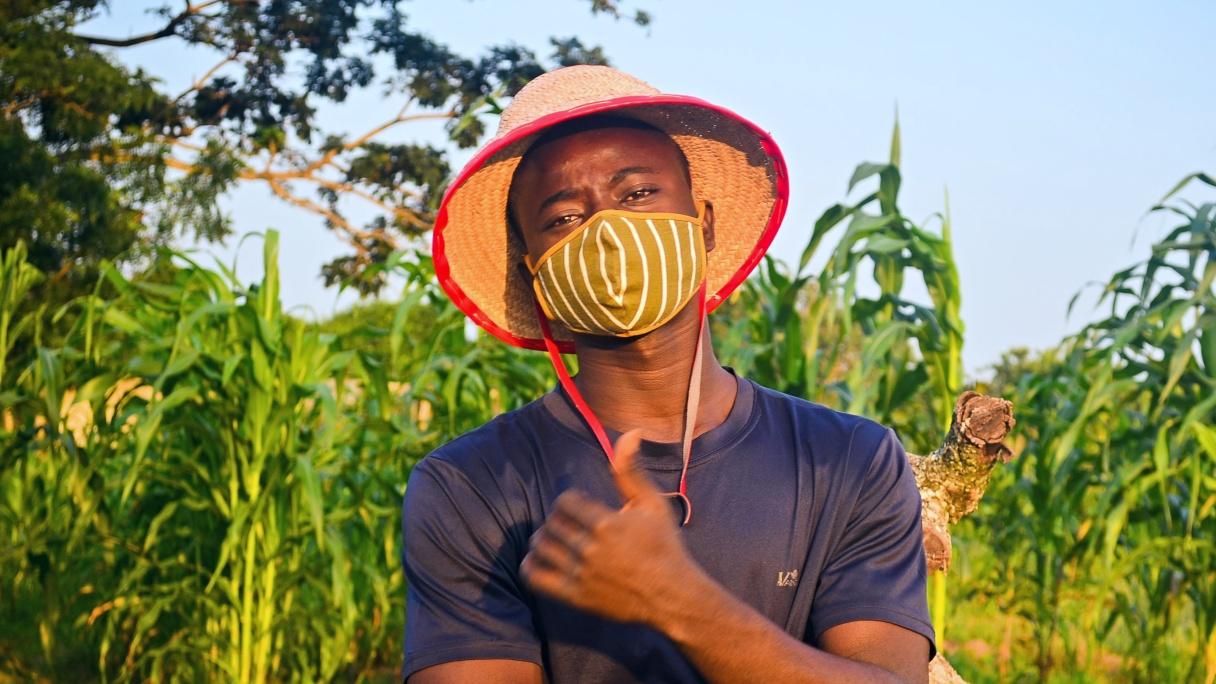 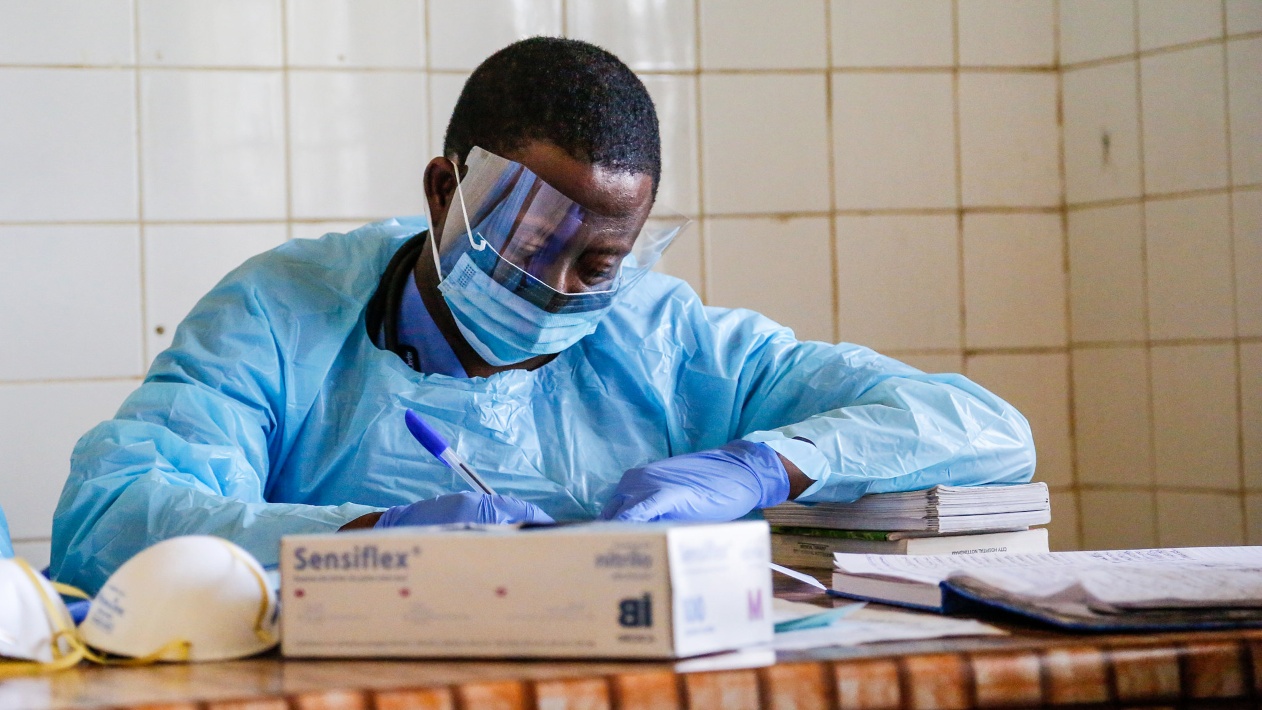 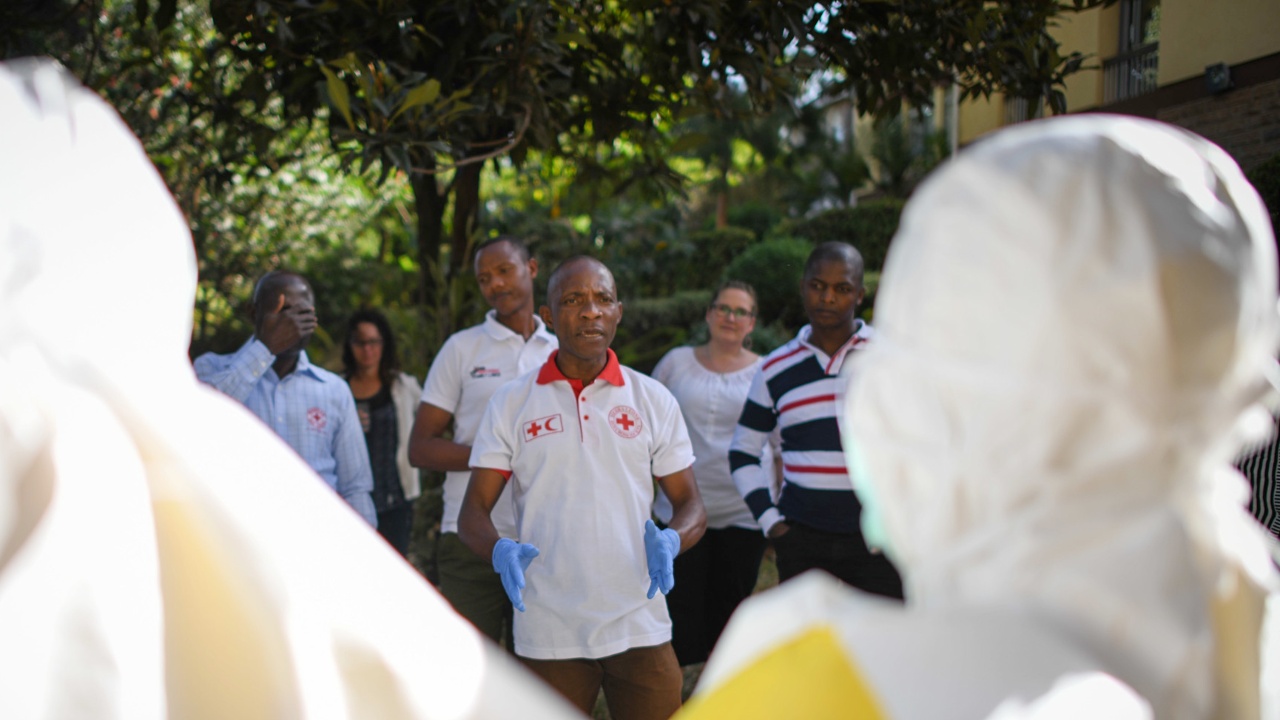