‘Seeing is different from being told’. This African proverb is an implicit reminder that the reality of climate change is self-evident. From heatwaves, floods, wildfires and droughts spanning every continent globally, the occurrences we are seeing leave no doubt that climate-related disasters have indeed tripled in the last 30 years. This has occurred at a staggering cost in excess of $3 trillion to the global economy. But even more alarming is the manifestation of these effects on the African continent.

While Africa has contributed least to climate change and is responsible for only 2-3% of global emissions today, it suffers disproportionate and severe impacts. Some parts of Africa are already heating twice as fast as the rest of the globe. These biophysical effects further escalate socio-economic misery, which is already at a breaking point for many: 257 million people are experiencing hunger; over 60 million children are malnourished where climate change is already lowering the nutritional value of food; over 12 million young people need jobs every year amidst shrinking economies, which remain disenfranchised with unemployment.

In addition to the declining nutritional value of food, which is the first line of defence against viral infections, the growing variability in temperature and precipitation is already causing a surge in vector-borne diseases like malaria. Despite these, another variable, the COVID-19 global pandemic, has only compounded risks. Addressing this predicament centres on one word: socio-economics. Meaningful climate adaptation in Africa is one that simultaneously accelerates the realisation of socio-economic priorities and the region’s growth amidst the devastation of both climate change and the COVID-19 pandemic.

The 2020 United Nations Environment Programme (UNEP) adaptation and emissions gap reports have called for a ‘green pandemic recovery’, which implies a re-prioritisation of investments to target trajectories that lower emissions while simultaneously unlocking socio-economic priorities. This approach will unlock income opportunities to drive a post-COVID-19 recovery and cut emissions by up to 25% by 2030. The UNEP adaptation gap report reassures us that a $1.8 trillion investment in adaptation measures globally would bring a return of $7.1 trillion in avoided costs and other benefits. The UNEP-FAO report on ecological restoration records that every $1 invested in nature-based solutions to drive restoration actions can create up to $30 in economic benefits – a 30-fold return. In Africa and other developing regions, an investment of $800 million on adaptation and nature-based solutions would result in benefits of $3 billion to $16 billion annually. As a practical example, the proposed great green wall initiative that is set to restore up to 100 million hectares in the Sahel has been projected to reduce emissions by up to 25% while creating up to 10 million jobs.

From talk to action: five key aspects of climate adaptation

The crux of this discussion is how these projections can be realised by communities and economies bearing the brunt of climate change. I propose the following enablers as the basis of implementing cooperation at regional and global levels:

First, complement adaptation with mitigation. Article 7.1 of the Paris Climate Change Agreement is a stark reminder that, to be adequate, the level of adaptation efforts must be at pace with the damage being caused by emissions. The IPCC 6th Assessment Report and the 2021 UNEP emissions gap report underscored the narrowing window of opportunity. But how do we reconcile this provision for a negligible emitter like Africa? The socio-economic lens is how.

Adaptation actions need to be undertaken with a firm focus on enhancing ecological resilience and unlocking tangible income opportunities for communities. For this to occur, mitigation needs to be a complementary action undertaken simultaneously. For example, in agriculture, a highly vulnerable sector that employs over 60% of the continent, up to $48 billion worth of food is lost as postharvest losses (PHLs). This means the ecosystems goods and services expended in producing this food are wasted, further depleting and minimising the ability of these ecosystems to buffer against the changing climate effect, alongside the loss of income opportunities as yields decline. However, decentralising affordable clean energy solutions to power preservation and reverse these PHLs will mean enhanced food security and incomes. It will minimise the need to open more lands and preserve natural ecosystems to ensure their ability to adapt to climate change remains intact.

For example, at the height of the COVID-19 pandemic, control measures that necessitated the closure of open-air, informal food markets meant a significant loss in the stock of perishables – increasing by up to 50% in some cases, which is the highest globally. However, the decentralisation of simple climate action solutions, using solar dryers among informal food traders, helped them dehydrate unsold stocks and convert them into dry products sold in markets. The result was an up to 30 times increase in revenues and a reduction of losses. Complementing adaptation and mitigation in this way is what we call ‘mitigation powering adaptation’.

Second, turn NDCs into investments plans. Africa and other developing regions need more than $70 billion annually to adapt to the changing climate, and rising. As glaring as this gap is, Africa already invests in adaptation at the rate of 2% of GDP each year. But the big question is how the region can maximise these investments for impact among the most vulnerable.

The answer is by turning policy commitments such as the Nationally Determined Contributions (NDCs) into investment plans that attract implementation investments. It is a big irony that while over 90% of African countries have ratified their NDCs, an estimated 70% have not translated these into concrete plans attractive for such investments. It is a missed opportunity because implementation cannot happen without them. Through UNEP’s work, we are supporting countries to convert their NDCs into implementation investment plans: incorporating knowledge products and toolkits that indicate areas of climate action that offer maximum financial returns for both formal and informal sectors, which provide livelihoods for up to 80% of the population. And by doing so, these plans should attract implementation resources, financial and otherwise, from a broad range of actors in the economy. This is a practical way that implementation financing in Africa can be mobilised and targeted for impact.

Third, leverage the youth and informal sector for implementation. You can only compete from your position of strength. Africa’s strength is its youth, who form 60% of the population. Another is the informal sector, which engages up to 80%. A symbiotic approach that structurally guides young people to retool their skills and deliver mitigation solutions can enable agricultural informal sector actors to adapt to the changing climate. In Uganda, for instance, young people have been guided to retool their skills in developing and decentralising affordable climate action with regards to solar dryers and agro-actors. In less than one year, these solar dryers benefited over 2,000 households. During the COVID-19 period, while others were counting losses arising from the closure of markets, beneficiary communities reduced pumpkin losses by 28%, enhanced earnings from high-quality dried cassava by $50 per farmer group and created income for the youth who decentralised these dryers. This symbiosis created incomes to build socio-economic resilience, reversed PHLs to prevent erosion of the ecological base and implemented Uganda’s NDCs. Plus, being enterprise-driven entrenches market longevity and informs how NDC investments are recalibrated.

Fifth, data for policy. Africa does not lack pro-adaptation policies. The more significant gap is the implementation of policy provisions already in place, which lack much-needed empirical data from the ground to inform more targeted incentives that capitalise on areas that have proven workable. Consequently, African countries need to prioritise feedback mechanisms to uptake such data on adaptation, especially in the informal sector, to further recalibrate policies to incentivise these proven areas. As an example, data on the efficacy of the ecosystem-based adaptation approach on increasing yields and solar dryers in preventing aflatoxins, among informal food producers in Uganda and Nigeria, were used to recalibrate national food standards codes in these countries, as an affordable means for achieving compliance.

Just as Rome was not built in a day, these tenets cannot be actualised without ‘soft aspects’. These include inspiration, selflessness and fidelity to a course beyond ourselves. These are the building blocks of purposeful passion. This calls for a mindset that is irreplaceable and motivates us to action. We owe ourselves the task of inspiring active and rational hope in others to drive transformational adaptation in Africa that works for the many.

Let’s start today to take steps in the right direction.

Watch the full session of the event: How Can Africa Adapt to Climate Change?

Dr Richard Munang is currently the Africa Regional Climate Change Coordinator at the UN Environment Programme (UNEP). He has won many awards including the Africa Green Champion Award 2020, African Environmental Hero Award 2016 and the UNEP 2016 highest recognition Baobab award for Programme Innovation. Dr Munang is the author of the book ‘Making Africa work through the Power of Innovative Volunteerism’. 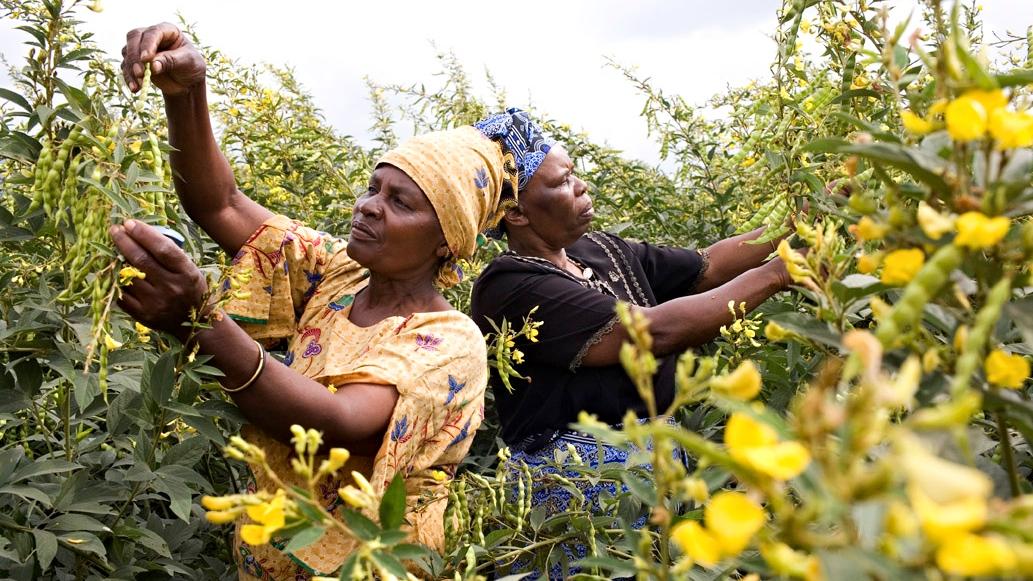 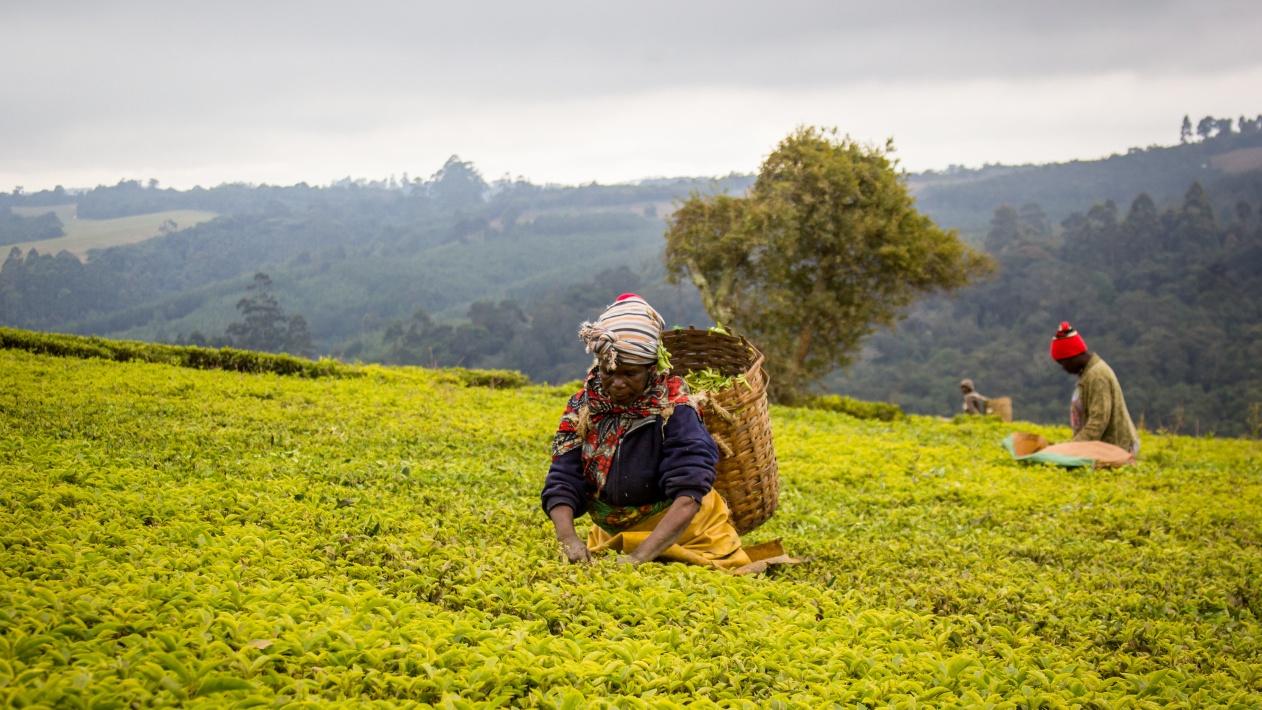 Bad Behavior has blocked 2419 access attempts in the last 7 days.