Political trials are often seen as legal theatre, or a distraction from the reality of repressive punishment. But according to Fiona Shen-Bayh’s new book, these proceedings often serve a distinct purpose in defusing threats to autocratic survival. These findings ask us to rethink strategies of judicial repression and their implications for the rule of law.

Courts have often served as sites of conflict in autocratic regimes, especially for constitutional and electoral disputes. But courts are also where persecution can become prosecution. Trumped-up treason charges, graft and corruption, and even petty criminal offences can be used to sideline political opponents—all in the name of the law.

Consider the sensationalist proceedings waged against politicians such as Reckya Madougou in Benin and Vital Kamerhe in the Democratic Republic of Congo. In both cases, absurd trials that were widely condemned by local and international audiences ultimately resulted in convictions and harsh penalties for the accused, based on flimsy or non-existent evidence.

The challenge of such episodes is that, regardless of whether the allegations are true, the process itself seems rigged. Indeed, whenever persecution becomes prosecution, political convenience rather than facts on the ground are more likely to determine the fate of the accused.

But if this is truly the case—if guilty verdicts and repressive outcomes are all but guaranteed—then why even bother? Why go through the trouble of staging this elaborate political theatre when outcomes are presumed known from the start?

My new book Undue Process offers a potential answer to this question based on theories of autocratic legitimation, political repression, and postcolonial African history. My research both builds upon and complicates conventional wisdom regarding the role of law and courts in adjudicating conflict. The way that we tend to think about judicial power often presumes that judges are impartial umpires of the law, wherein everyone should be held accountable to the same set of rules. Such thinking has almost entirely been based on the trajectory of legal development in Europe and North America, where the establishment of the rule of law went hand-in-hand with the consolidation of parliamentary democracy.

However, the extent to which these experiences generalise beyond Western democracies remains to be seen. These generalisations are particularly questionable in Africa, where the law historically served not as a tool of accountability, but rather as a weapon of empire. In fact, the history of autocracy and colonialism are deeply intertwined, particularly in Anglophone Africa, where institutions of one-party dictatorship and military rule that emerged in the postcolonial period can in many ways be traced back to colonial systems of oppression—systems that had been designed for purposes of European conquest rather than indigenous self-rule. These were the legal and judicial inheritances confronting African post-independence leaders, many of whom opted to work within “the law” to pursue and maintain autocratic power.

I argue that we need to critically reimagine the purpose of judicial institutions when the goal is not the rule of law but law and order. Political justice, in this vein, cares more about making an example of “bad” actors, specifically actors who have violated the rules of political order. Regardless of the actual circumstances of a case, by casting such actors as “criminals,” the state creates a simple narrative of conflict: when you break the law, there will be consequences.

Thought of in these terms, the entire sequence of a trial can be seen as a carefully orchestrated ceremony of legal motions, hearings, and testimonies, all leading to the plot’s climax: conviction against the accused. The takeaway is not that the facts of the case will be discovered or that justice will be served, but rather that the “guilty” will always, invariably be crushed.

The fact that political trials seem rigged is thus entirely the point; because we know how these proceedings usually go, once the process of a political trial is invoked, we can predict how it will likely end.

These dynamics help explain the logic of a landmark sedition trial in Kenya in 1971 that I explore in my 2018 World Politics article as well as my book. This case was the first major political trial in postcolonial Kenya that implicated both ruling party elites and military officers in a conspiracy to subvert the regime of President Jomo Kenyatta. The trial proceedings received considerable media fanfare, including details of tearful testimony and hysterical confessions of guilt delivered on the stand.

It was no secret how the regime wanted the trial to end; no one was surprised by the guilty verdicts delivered to all of the accused. But if the outcomes were seemingly predetermined, why was it necessary to bother with the pretence of a trial?

Based on the intuition of my theory, this episode may have been engineered to restore law and order at a time when the president was facing a severe crisis of confidence. In the months leading up to the trial, criticism of Kenyatta’s leadership was reaching a fever pitch, particularly in the wake of the controversial assassination of Kenyatta’s main rivals, and major defections from the ruling party to the opposition. There were even questions about Kenyatta’s senility: as an ageing patriarch, could he still retain control over an increasingly factious one-party dictatorship?

Against this backdrop, the sedition trial provided a clean, tidy narrative that Kenyatta was still in charge and threats to his authority had been effectively defused. Regardless of whether that was indeed the case remains to be seen; what mattered more was that the prosecution provided the semblance of law and order at a time when regime survival was in question. This episode highlights another important implication of my theory: Political trials are valuable during moments of intra-regime conflict when support for the autocrat is under strain. Under these circumstances, a trial can rally support and dissuade dissent by reframing the narrative in more favourable terms.

Does this history generalise to the present? Since the so-called third wave of democratisation, sedition and treason trials appear to be less common than corruption and graft proceedings. These changes may be driven by shifting audiences of human rights violations at home and abroad, wherein international scrutiny has sometimes forced autocrats to limit their judicial strategies, or at least adopt new ways of manipulating the law to serve their undemocratic objectives. The rise of digital and social media has also made it more challenging for autocrats to dictate narratives as competing voices rise to the fore.

Even so, while the language of political justice appears to have evolved over time, the logic of punishment has important parallels with the past. When Beninese politician Madougou was handed a 20-year sentence for crimes of terrorism in December 2021, the verdict was not interpreted as confirmation of her guilt. Instead, her defence team explained: “[Her] conviction symbolises the asphyxiation of democracy in Benin.” Such cases underscore the dangers of a weaponised criminal justice system that can be deployed against opponents of the status quo and the enduring legacy of autocratic justice in Africa, even in countries that have made considerable democratic strides. Indeed, when it comes to persecution as prosecution, the facts of the case are largely immaterial; rather, as Malcolm Feeley famously observed, the process is the punishment.

Photo: Reckya Madougou, who was handed a 20-year sentence for crimes of terrorism in December 2021. Credit: Democracy In Africa (DIA)

Fiona Shen-Bayh is an Assistant Professor of Government at William and Mary in Virginia, USA where she also serves as a faculty affiliate of the Africa Research Center, the Global Research Institute and the Data Science program. She is the co-director and co-founder of the Digital Inclusion and Governance Lab.

Tshisekedi and Kabila struggle for power in the DRC May 24th, 2019 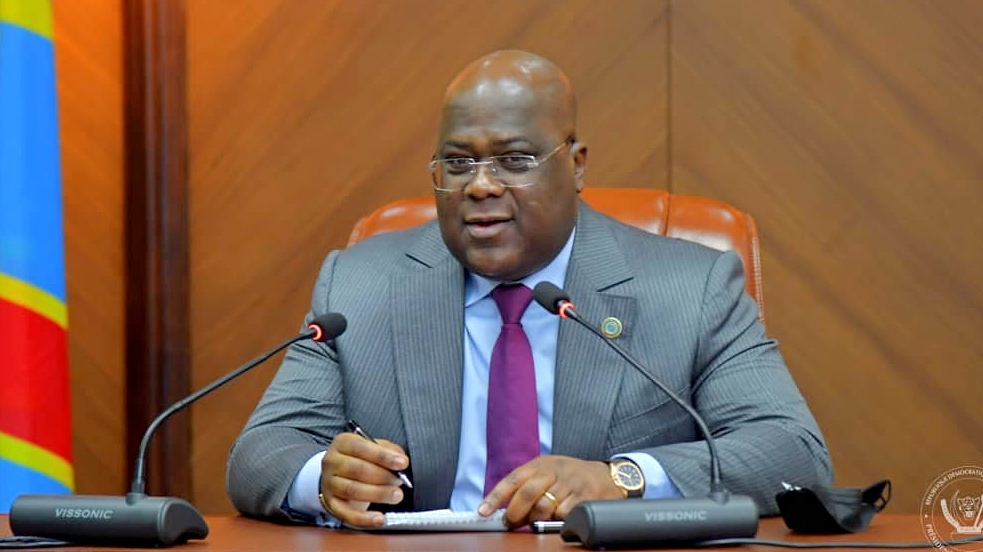 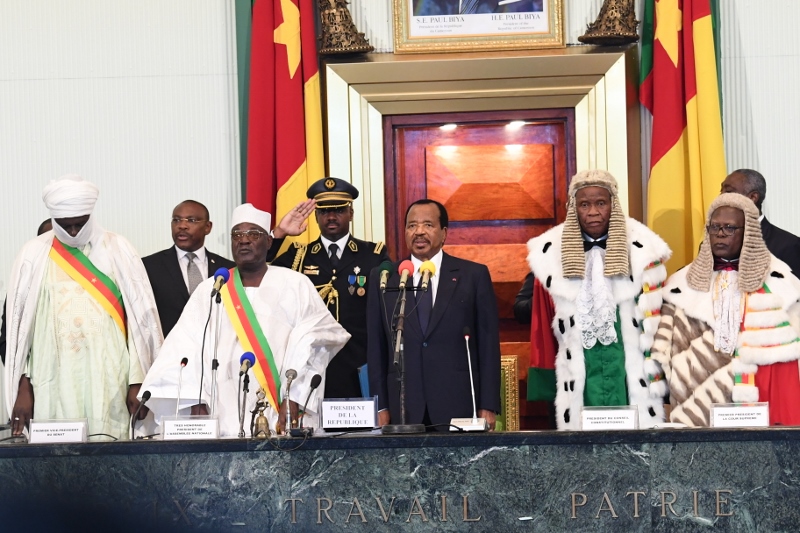 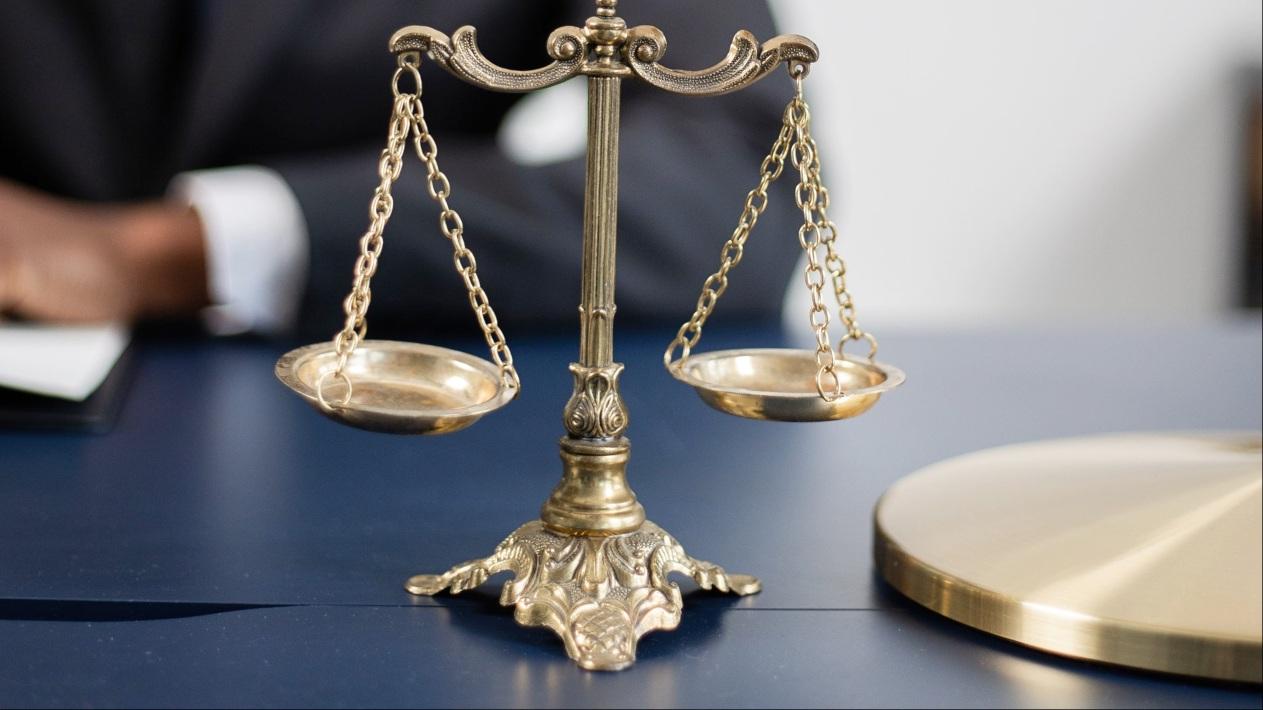