by Stefano Testoni, Department of Psychological and Behavioural Science

For every person loves herself, not with a view of acquiring some profit for herself from her self-love, but because she is dear to herself on her own account; and unless this same feeling were transferred to friendship, the real friend would never be found; for the real friend is, as it were, another self.

In his most recent book, entitled The Undoing Project, the American author Michael Lewis unfolds the story of Daniel Kahneman and Amos Tversky, the two Israeli psychologists who laid the foundations for behavioural science. But this is not quite the story you might have read elsewhere.

Naturally, given the subjects in question, the book revisits the insights into human behaviour which Kahneman and Tversky are most famous for: that people value outcomes relatively to reference points; that they loathe losses more than they seek gains; that they use decision heuristics that frequently lead them astray; and many more. Lewis conveys these ingenious notions with plainness, and he duly pinpoints the overwhelming influence they have had on science, business and policy. The very title of the book is a dazzling emblem of the burst these ideas have provoked.

Still, The Undoing Project wouldn’t be one of a kind, if it limited itself to a synopsis on Kahneman and Tvesky’s research. Lewis has indeed hit the nail on the head by doing something much more personal: he has torn apart the scholarly masks of Kahneman and Tversky and uncovered the human, all too human visages of Danny and Amos. Harking back to the most significant episodes of their lives (reconstructed by the author with good detail), the book is not so much the story of two stellar academics as the one of two characters, warts and all.

Danny is a judicious and reflective mind. He is one step ahead at spotting problems and finding solutions. Perceptive and genuinely open-minded, he wants to treasure anyone or anything he comes across. Not least, he is a pleasure to listen to during his lectures, or simply to converse with. Albeit, Danny is a pessimist to the bone: a little insecure, endlessly questioning himself and dwelling upon his ideas, and submissive in the face of hardship. He is also quite lonely.

Amos is an imaginative, inborn logician. His genius entails destroying what he thinks doesn’t work and building upon the rubble. With his fighting spirit, he is hard to defeat in intellectual battles. With his charisma, he is constantly in the spotlight. Though, Amos brings his self-confidence to the extreme – he lacks humility and suffers from egocentrism. He is not very sympathetic and he can be insensitive to other people. And he disdains emotions.

Danny and Amos are, in many respects, opposite characters. But, perhaps for these very differences, they have become friends. The Undoing Project is all the more the story of their intimate friendship – the keystone to their professional successes. Throughout the book, Lewis discloses several anecdotes about the strict tie binding Danny and Amos: the hours spent together pondering on the inner workings of the human mind; their writing papers neck and neck, word by word; their fervent battles side by side against the opponents of their theories. They are really one mind in two bodies; another self to one another; real friends, indeed, thick as thieves.

Like many close relationships, Danny and Amos’s is not devoid of turbulence. People praise more Amos than Danny for their joint work, whereupon Danny feels overshadowed and resentful. Amos, in turn, behaves elusively: he actually blames Danny for avoiding him, and he subtly accuses his companion of being incapable of making his own way. They have many arguments. Yet, be that as it may, it seems that Danny and Amos cannot really live without one another. Even when their ‘divorce’ (as Lewis calls it) appears inexorable, the news of Amos’s terminal illness revives their profound bond. The book ultimately unveils just how Danny and Amos must have been meant for each other. One could certainly not be who he has become without the other.

Flavoured by Lewis’s engaging narrative, The Undoing Project is the fascinating story of two real friends who changed the world. It is surely a must-read for anyone who highly values friendship. 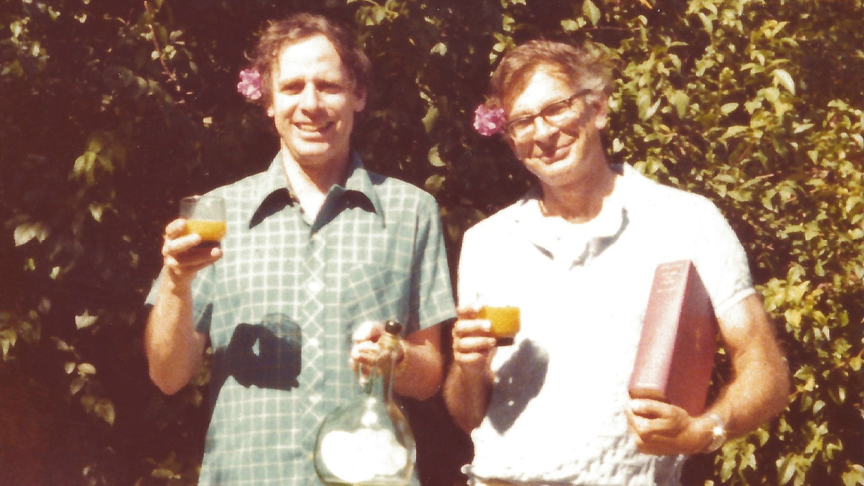