Sri Lanka was never at war with Japan during World War II. Japan was at war with the allied forces and Sri Lanka (then Ceylon) happened to be a base operation for the British Eastern Command. Four months after the Pearl Harbour surprise attack by the Japanese in the Pacific theatre which altered US Foreign Policy, another similar attack took place in the Indian Ocean. On Easter Sunday morning of 5 April 1942, Sri Lanka came under attack. The geostrategic locations of Hawaii and Sri Lanka were identified and rightly assessed by the Japanese-German strategic officers — such as Vice Admiral Nomura and Admiral Kurt Fricke, Chief of Staff of the German Maritime Warfare Command (Seekriegsleitung) — as the perfect launchpad to springboard their sphere of influences.

British Prime Minister Winston Churchill remarked that the Japanese attack, carried out in Sri Lanka by their Fast Aircraft Carrier Strike Force under the command of Vice-Admiral Chuichi Nagumo, was a decisive moment in the Second World War. This was due to the significant threat Allied Forces would face from losing Sri Lanka — a clear geographical advantage will fall to the enemy to expand to India, the Middle East and Africa. This was explained by historian, Sir Arthur Bryant as ‘a Japanese Naval victory in April 1942 would have given Japan total control of the Indian Ocean, isolated the Middle East and brought down the Churchill government.’ Unlike Pearl Harbour, which was a surprise attack, the British Eastern command in Sri Lanka was prepared ahead. The westward Japanese expansion strategy was suppressed and ended in Sri Lanka, marking a decisive moment in the Second World War.

At present, albeit in a different context, there is another westward strategy from the Eastern Pacific theatre. It is that of the US Pacific Command (USPACOM) in Hawaii along with Japan, Australia and other like-minded allies who subscribe to ‘shared values’ of a rules-based order, against a rising China — where Sri Lankan geolocation is revisited with its strategic importance. In view of China’s acts of aggression and to protect these shared values, Admiral Philip S. Davidson, commander of the USPACOM from Hawaii, sends a clear message: “Maldives and the US recently agreed to a security cooperation framework to deepen engagement and cooperation in support of maintaining peace and security in the Indian Ocean. India’s support for this new effort is just one example of how like-minded nations can support one another in pursuit of our common vision for the region,” referring to the success of Australia’s participation alongside India, Japan, and the US in MALABAR 2020, a joint naval exercise. With multiple military alliances taking place in the Indo-Pacific theatre, Sri Lanka is also provided with the choice of stepping into the alliance, with a clear warning to abide by the ‘rules-based order’ and not with the aggressor China. Sri Lanka’s closest neighbour, India, “has also entered into a series of partnerships with like-minded countries in the Indo-Pacific, such as Australia, Japan, and the United States, to offset the growing Chinese influence as well as to enhance India’s own capabilities,” argues Rajeswari Rajagopalan.

“Sri Lanka executes a binary foreign policy and it is important to understand the implications of being part of both — one for economic benefit and another for security.”

Indian High Commissioner to Colombo, HE Gopal Baglay, in a recent interview explained, “I am happy to note the recent articulation by Sri Lanka of the ‘India-first’ policy, particularly in the realm of security,” further expressing India’s commitment to a rules-based order in the Indo-Pacific and appreciating Sri Lanka’s view as “a free, open and inclusive Indo-Pacific [being] as important for Sri Lanka as it is for India. It is a matter of great happiness to hear similar views articulated in the senior echelons of the Government of Sri Lanka, including at plurilateral occasions.” It is also worth understanding that the senior echelons have also proscribed with China’s BRI and recently endorsed the CCP model of development, which is not really a free and open model. Sri Lanka executes a binary foreign policy and it is important to understand the implications of being part of both — one for economic benefit and another for security. A hedging foreign policy could weaken its alliance posture with external powers and gravitate towards an external conflict not by choice but by default. Sri Lanka needs to move beyond the binary choice between the US and China, disaggregating strategic competition, case-by-case. One such way is to establish strategic alliances with ‘middle powers’ to move out of the binary path.

Geo-intelligence alliances in the Indo-Pacific

The US has expanded its intelligence budget according to the Director National Intelligence, and is clear on the Chinese threat as he stated, “if I could communicate one thing to the American people from this unique vantage point, it is that the People’s Republic of China poses the greatest threat to America today.” Multiple alliance geo-intelligence pacts will be signed in the coming months and the Five Eyes structure revisited.

From the Pacific theatre, Japan — an important partner — will join the Five Eyes intelligence sharing network. The new Japanese Prime Minister Suga has pushed Japan to do so, where for the first time, a nation from the eastern theatre will join the military-intelligence alliance. The Five Eyes, established in 1941 with Australia, Canada, New Zealand, the United Kingdom and the United States, played a key role in signal intelligence gathering and analysis during the Cold War. In the present context, Japan’s entry as the sixth eye would complement the strategic alliance as the other five, including Australia, anticipate increasing security concerns vis-à-vis China. This was further strengthened through the recent military partnership, the Reciprocal Access Agreement (RAA) with Japan and Australia.

“Multiple alliance geo-intelligence pacts will be signed in the coming months and the Five Eyes structure revisited.”

Promoting India’s subregional agenda with its critical island littorals in the Indian Ocean, the 4th National Security Advisor-level trilateral Maritime Security Cooperation meeting trilateral Maritime Security Cooperation meeting between India-Sri Lanka-Maldives was successfully concluded. Its last meeting in 2014 was stalled due to strong bilateral relations of the littorals with China. At the recent trilateral in Colombo, an important intelligence sharing agreement identified the areas of terrorism and cybersecurity as “common security threats.” This is a definite improvement since the last high-level Indo-Sri Lanka Defence Dialogue held at the Defence Ministry in Colombo with the two Defence Secretaries, where the subject area of terrorism or extremism was excluded from the agenda. It is significant that this was held on 8 April 2019, weeks before the 21 April Easter Sunday Attacks.

The head of the delegation for the trilateral from India was the country’s National Security Advisor Ajit Doval. On the sidelines of the trilateral, a meeting between President Gotabhaya Rajapaksa and Doval took place, where multitudes of security challenges for both nations were discussed. It was Doval back in 2014 who flagged to then-Secretary Defence Rajapaksa, that the Chinese submarine presence would be a threat to India’s interests. Since then, there has been a strong personal level connection between the two. Institutionalising this relationship is an important step for Indo-Lanka security ties. Due to India’s strong security alliance with the US inclusive of multiple security agreements, Sri Lanka will be made a partner in the future similar to the Maldives, with a view to share intelligence not only on counter-terrorism but also to keep (the US threat number one) China deterred.

In a great power rivalry where several geographical theatres could be used from Central Asia, the Arctic, the Middle East to the Indo-Pacific, there are factors to show the US-China tension would be more visible in the Indo-Pacific. During the Cold War, the pivotal defending geography from the Soviets was Berlin in Europe and today it is about defending Taiwan in East Asia.

Three ancient civilisational powers in Asia — India, China and Iran — will directly impact the geopolitics of the Indo-Pacific. These nations have a civilisational imprint on their geographies where neighbouring nations are overshadowed by their influence. Iran holds a pivotal position in the Middle Eastern frontier whose year began with the assassination of Iranian top military officer Soulamani and ended with the killing of the architect behind Iran’s nuclear program Mohsen Fakhrizadeh-Mahabadi. The coordinated assassination of Fakhrizadeh in Teheran was a direct signal to the incoming US President Biden, to stay away from the Iran Nuclear deal to carry forward the status quo. The assassination was aimed to secure the recent ‘Abraham pact’ with the UAE, Israel and Bahrain backed by Saudi Crown Prince Mohammed bin Salman. The attack came days after the covert Israeli-Saudi-US meeting that reportedly took place in Neom.

“Three ancient civilisational powers in Asia — India, China and Iran — will directly impact the geopolitics of the Indo-Pacific.”

Two geopolitical pressure points will impact two regions in the coming year. First, the Middle East with its Abraham pact to deter Iran. Second, in the Indo Pacific region to deter China. If sanctions are relaxed, Iran would play a much larger economic role in the oil trade and support its proxies in the same manner. If China is not contained by the US and its allies, it will continue to influence through its economic, security and CCP political model. From multiple military intelligence agreements crisscrossing geographies, expanding towards the sixth eye to contain China, with binary choices to nations like Sri Lanka, the year 2021 will begin with an elixir to the global populace suffering from a pandemic and a heated Cold War in the Indo-Pacific theatre.

This article was originally published by the Observer Research Foundation on 20 December 2020. This article gives the views of the authors, and not the position of the China Foresight Forum, LSE IDEAS, nor The London School of Economics and Political Science. 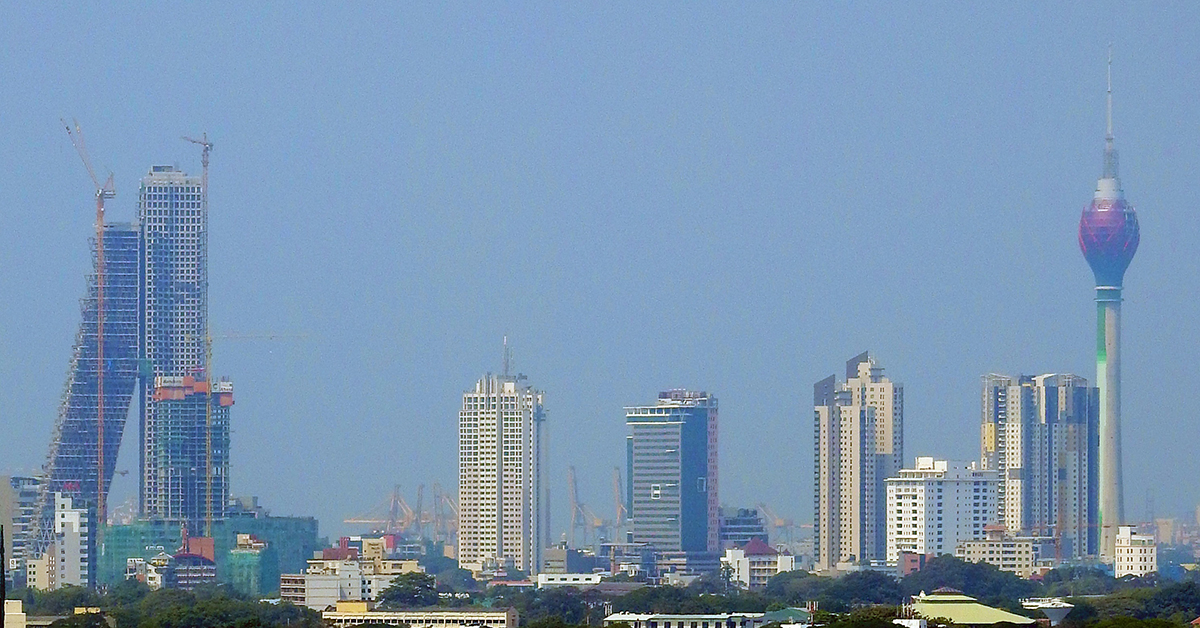 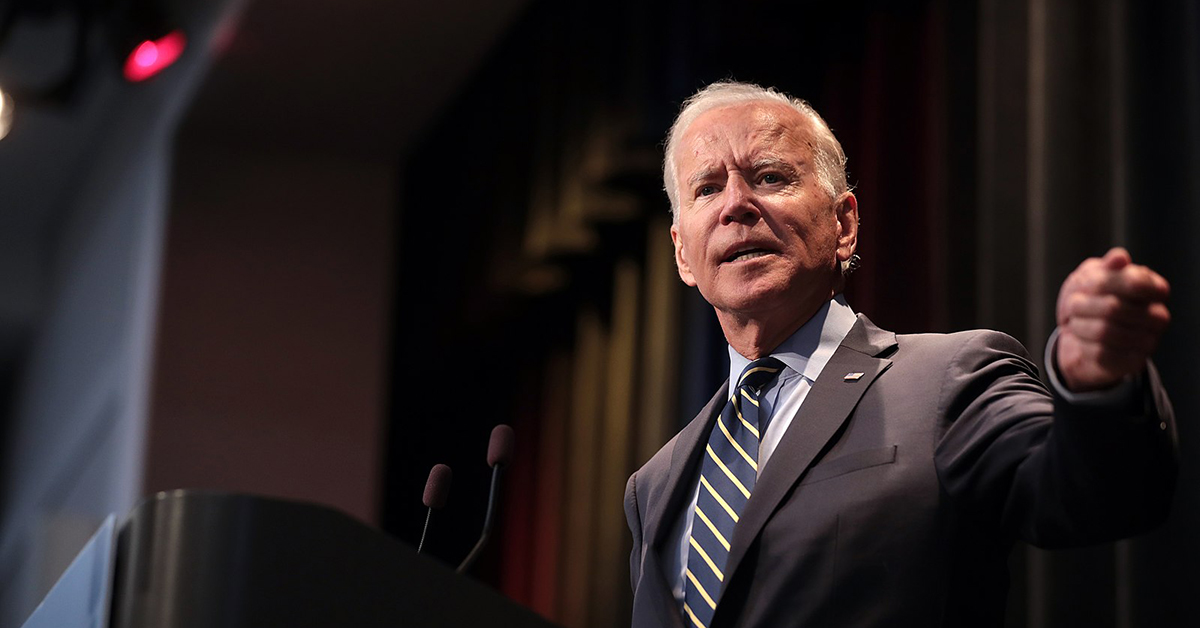