Economic historians continue to debate whether trade protection, such as tariffs and other policies, would have helped Victorian Britain. Broadberry and Crafts see for Victorian Britain the benefits of open trade, while O’Rourke sees a missed opportunity of well-targeted protectionism. The 1887 Merchandise Marks Act – a rare example of trade regulation in an otherwise free trade policy docket – supplies an opportunity to reflect on the debate.

Analysis of British trade following the act shows Britain was hurt more than helped by the protective measure. British imports by country and commodity show German manufactures continued to be imported into Britain at a similar rate to before the Act. The re-export trade of London, however, lost business, and as a result direct trade between Germany and India increased. The Merchandise Marks Act seems to have hurt Britain.

Ideally, the new regulation encouraged the patriotic British consumer to buy genuine British-made goods. The Act also added legal costs to imports for foreign manufacturers. These companies had to mark their goods according to British regulation. The new licensing further exposed them to customs inspectors.

Political parties and factions watched closely for how the Act affected British trade. Pressure within the Conservative Party from the Fair-Trade Movement, which argued for British tariffs to match those of trade partners, peaked in 1887, the year the legislation was passed. But by the late 1890s, the pro-free trade Cobden Club, closely tied to parts of the Liberal Party, regretted ‘that unfortunate Merchandise Marks Act, which undoubtedly was intended, from a Protectionist point of view, to put some obstacle in the way of foreign merchandise and to secure some Measure of Protection for the English manufacturers.’

How did the Act affect British trade?

While the share of imports from Germany fluctuated through the period, the average share remained regular in the years before and after the Act (Figure 1). The British carried on importing well-made but cheap German manufactures, however much domestic manufacturers and politicians praised the more expensive British-made goods.

Meanwhile the London shipping industry suffered. London was a key departure point for world trade. European companies would ship their goods to London and then hire British shipping services to take the goods the rest of the way, including to import markets such as Colonial India. Though German manufactures continued to flow into England, British customs inspectors harassed German re-exporters because of errors in their national origin indicating documents. Maybe German re-exporters could have gotten their property back, but even so, the re-exporters would have been behind on their trade schedules. The hassle led German companies to establish direct shipping links with foreign markets.

By 1900 Britain’s share of Indian imports had fallen just over 10 per cent, down to 65 in 1900 from about 80 percent in 1888. Meanwhile Germany’s share continued to rise, though not by as much as Britain’s fell. By 1900 Germany’s exports accounted for about 3.5 percent of all Indian imports. It seems the Act was much more a loss for Britain than it was a boon for Germany, though Germany did benefit.

The 1887 Merchandise Marks Act provides a cautionary tale for protective trade regulation. British manufacturers and Conservatives supported the Act to bolster British industry against foreign competition. In the end, British industry did not benefit, and British shipping paid the price.

Oliver Harvey completed his MSc in Economic History (Research) in 2021. 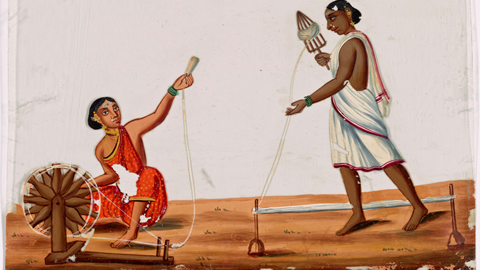 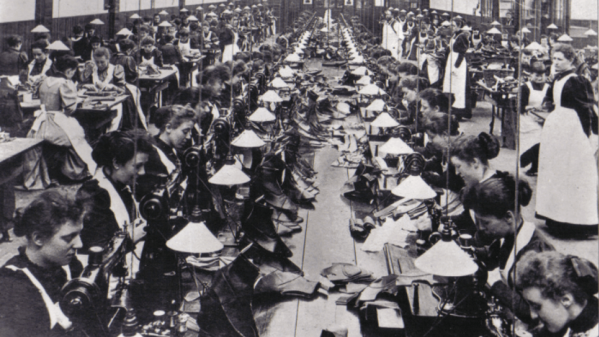