Adult Learners’ Week celebrates learning and learners in all their diversity, inspiring thousands of people each May to try something new. To mark Adult Leaners’ Week 2011 (14-20 May), we got Konni Deppe to talk about her lifelong passion for music, her stint as a ‘singing chef’ and how she believes learning never stops!

I’ve been singing for as long as I can remember. When I was young, my sister taught me lovely folk songs, and I sang in bands from the age of fourteen.

Yet it was only in my late teens, when I attended a Jazz/Pop/Rock workshop, that I considered music as a professional career.

Meeting professional (waged) musicians in the popular music field was an eye opener. Having been brought up in a classical music environment, I hadn’t realised that you could study pop, and it was inspiring to see the skill, passion and creativity the teachers brought to the workshop.

I focussed on getting a place at a music school, but as I hadn’t had much formal training until then, I really had to get stuck in. I took private lessons in music theory, rhythm training, harmony, keyboard and reading music.

To fund all this tuition, I worked as a cook in a ‘jazz pub’, regularly making appearances as the ‘singing chef’, which was an important (and fun) part of the learning process. It took two years of self learning, attending courses and about half a dozen auditions until I got a place at the ‘Institute for Jazz’ in Weimar, where I graduated in 2002 after five years of training as a Jazz Vocalist. During an exchange year, I completed a Postgraduate Diploma at the Guildhall School of Music and Drama in London. At that time I started working at LSE as a catering assistant at a Student Hall – singing in the kitchen, again.

Since then, I’ve worked part time at LSE and performed in jazz bands in the UK and Germany, teaching at workshops and in London colleges.

Working with your voice, you never reach the point where you can say: “Now I’ve learnt everything I can learn, I’m finished”. Making music is an ongoing process – the enjoyment lies in exploring and ‘fine tuning’, and interacting with other musicians.

I still take singing lessons, but classical ones, with singer Fiona Firth-Robson. She has improved my technique and given me fresh perspectives on the art of singing.

And a little while ago, I took part in an exciting workshop led by London jazz singer Laka D. One of the tasks was to write a song, and mine – called ‘This is a Very Fast Song’ – has since been taught in schools and performed as part of a concert at the Queen Elizabeth Hall on the South Bank.

But it is a challenge to have a day job and keep my voice in shape. I’ve been working on the Residential Services website recently, which has been a very creative and engaging project, so music went on the back burner a bit.

I wanted to get back in the groove, so I jumped at the opportunity to perform a set at this month’s LSE Chill, where you can see the results of my lifelong learning. 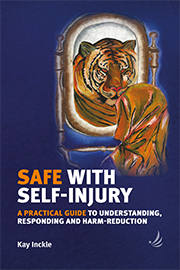 Bad Behavior has blocked 186 access attempts in the last 7 days.