Since being formed in the late ’80s, Stonewall has been at the forefront of social and legislative progress for LGBT equality. Ahead of her LSE lecture, Ruth Hunt, Stonewall’s Chief Executive, sat down with Hayley Reed and Artemis Photiadou to discuss the charity’s work, the importance of education, the role of faith communities, as well as some of the challenges that diversity and equality still face.

Stonewall started in the late 1980s and much has changed for LGBT equality since. How do you communicate with all the diverse voices of the LGBT community?

Stonewall talks a lot about LGBT communities, which speaks to a broad notion of identity and otherness, and our tagline is ‘acceptance without exception’. So Stonewall never will represent the LGBT community, because such a thing doesn’t exist. A lot of our work in schools, for example, is about supporting young people whose sexual orientation or gender identity is unknown, but they are still experiencing bullying or persecution because they are perceived to be LGBT.

And Stonewall relies a lot on cascade communications: it’s all about making sure we are influencing one person. We have a philosophy of empowerment at the heart of our work, that if we influence one person the aim is that they will then go on and influence ten people, and then those will go on and influence ten more people. This is very much in every bit of our organisation and planning, which means Stonewall fingerprints may not even be seen in the final product of that empowerment process. We see ourselves more as catalysts, but also, talking to people who don’t understand. Our job is to convince those who are not part of the family rather than talking to ourselves all the time.

You mention young people and I know Stonewall welcomed the recent government announcement to make sex education in secondary schools compulsory. Why is this important?

Well sex and relationship education has been a massive debating point for every political party for as long as I have been aware of it, and it really comes down to what is the role of the state in educating children, and what is the role of parents in educating children. The reality is that gaps in knowledge have a public health impact – the spread of HIV, spread of infectious diseases, teenage pregnancies.

All young people need to be kept safe and therefore the state has a role in keeping young people safe – that means educating them. If we accept that premise, then it is absolutely vital that education includes provision for LGBT people and issues, because the absence of something can be as damaging as anything else.

If you have a very heterosexual programme without an LGBT mention – that is not neutral. For the young LGBT person in that room, this has a massive impact. Or if I look at my godchildren who know they’ve got gay aunties – to not admit and acknowledge that my relationship exists is deeply damaging. One of the big things that has come out of all of Stonewall’s research is that the absence of reference to sexual orientation and gender identity in any curricula does immense damage, while the existence of references is hugely affirming to young people’s identity – and that in turn leads to high self-esteem and better outcomes. 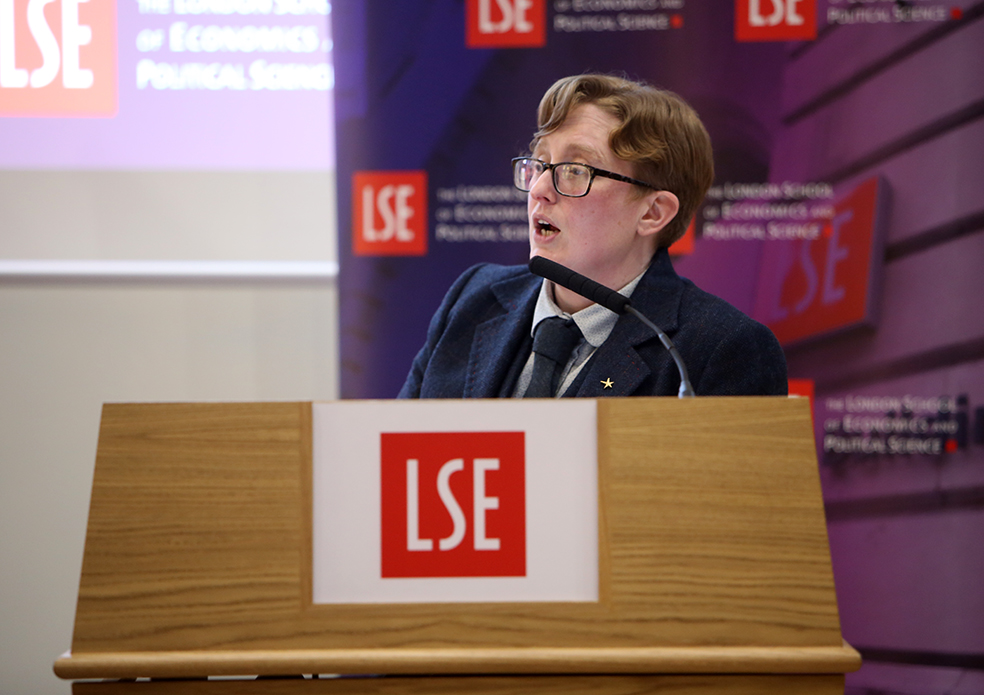 The Church of England has also welcomed the government’s announcement. Does that signal that the gap between religion and LGBT rights is closing, or is it that the two don’t go together?

The Church is much more willing to understand its responsibilities to LGBT young people than ever before and there is a greater acceptance of a pastoral responsibility that faith communities have to LGBT people. The acceptance of compulsory sex education is more a recognition that the absence of it is doing harm. So whereas the absence of it used to be an assumption that you could leave to parents, now that absence is leading to a consumption of pornography from very young ages and to high-risk taking behaviour around sexual activity. So it’s much more of a shift in recognising that young people get their information from a wide array of sources rather than positively running towards LGBT-affirming practices. But, saying that, there is much greater inclusive attitude towards LGBT people.

You mention that sex education has been a debating point for years – does the fact that the Secretary for Education behind this proposal is in a same sex relationship confirm the importance of having LGBT role models in key positions?

It’s absolutely crucial to have LGBT role models. It’s crucial that young people and adults see LGBT people around them. But it doesn’t necessarily follow that it is LGBT people who will take through LGBT policies. If you look at David Cameron and Nicky Morgan, who was the previous Equalities Minister, they are the ones who pushed through marriage for same-sex couples.

And arguably – although I would not necessarily relate this to politics – it is easier for people who are not LGBT to advocate for inclusion than it is for someone who is LGBT. So yes, you need visible role models and you need a range of role models but it doesn’t necessarily follow that those people will be the only way of achieving social change. It’s an imperfect model.

But if you look at the inequality we are seeing around transgender issues – that is a consequence of, and not helped by, the fact that there are no trans people in government and in parliament. That absence will be having an impact on social issues relating to trans equality.

I think it’s about understanding that you have an ability and a power to influence and to have a positive impact. People say I am not a role model, I can have no influence. And actually, everybody has more power than someone else and everybody has the ability to lift someone up. Particularly in an institution like LSE, looking at the inherent privilege that exists by being here – an institution that has a huge amount of respect for its people – you don’t have to look very far in London to see those who might benefit from that insight.

In terms of allies, what we see at Stonewall is that allies are in a key position to advocate for change and drive it through – they can shout louder. Allies often worry that they are not genned up enough and that they will get it wrong. We think, be authentic in what you are trying to do. The key to achieving anything is having some insight into what it is to be other and drawing on that experience and making sure you carry it through.

Workplaces get themselves in all sorts of knots around this – the first thing that organisations get wrong is that they presume they are a natural meritocracy. The vast majority of institutions – and universities are particularly good at this – will absolutely swear that they are meritocratic. And that’s normally accompanied by a commentary around not discriminating against someone whether they are blue, pink or green.

What this fails to understand is how people come to a table, and how people have power around that table. Really getting to grips with that enables you to see how diversity is an outcome of changing your power dynamics. So most people begin and end at diversity instead of reflecting about who has power, how you share power and how you handle voices around the table.

Most people surround themselves with people who think and act like them, or are able to converge their thinking in line with the parameters of the institution. Actually, true diversity is about bringing people in who change ways of thinking. If you look at any institution, there is a complete tendency and ability for people to only surround themselves with people who act like them. There is always someone in an organisation who is deemed to be underperforming normally because they are not quite the right fit, and not quite the right fit is usually an indication that they have a different need to you. And that is where you really see mess ups in diversity.

So if LGBT rights are not hardwired into our culture, do events like Brexit threaten what organisations like Stonewall has achieved so far?

If we accept the premise that LGBT equality is not hardwired into British culture – which I would say it’s not – it was not more likely to be hardwired by being members of the EU. So leaving the EU does not in and of itself prevent that issue being hardwired. However, what Brexit has done has given people a sense of permission to express views that were hitherto unable to be expressed. Lots of people voted for Brexit who do not share those views, but even those who voted or didn’t vote for Brexit now feel they have permission to express them.

What that indicates is that the old school methods of diversity and equality training have failed, that the strategic missions of organisations to implement lists of things people mustn’t do rather than changing the way people think has not stuck, and that’s all leaking now. So what we have to ask ourselves is instead what does Brexit tell us about British culture’s capacity to feel excluded by minority politics and hostile towards minority identities, when in fact it’s about a sense of self. And I think the part of that is about getting much better at talking about gender rather than just about women’s issues, and talking much more about belonging, about community, and about being part of something bigger than yourself – but also challenging the notion that coming from a minority background is in and of itself a privileged position, because that’s becoming a very dangerous narrative.

Do you expect Brexit to limit the UK’s – and Stonewall’s – ability to influence other countries with less tolerant attitudes towards LGBT people?

I think that Britain has not had the power to influence other countries for quite some time. I think Britain is utterly deluded in its own sense of influence.

Stonewall’s international approach is that of mutual sharing. So within the work we might do with other EU countries, we would learn as much as we share. Hardwired into Stonewall is a collaborative approach to our international working, so we try to do such work in a different way to British international organisations. As a charity, we have always tried to operate differently – we are independently financially sustainable, we’ve never relied on government money – and we have resisted that Victorian notion of benefacting. That is a principle that’s extended to our international work. Whether Brexit means we are less likely to be regarded as helpful, I don’t know.

I think it’s more of a concern that America, that was so often quick to patronise the non-global north about their LGBT inclusion policies compared to how can we help countries left behind – well they would now benefit from advice from some of the activists in Africa about how to achieve change. So it’s all about realising that these things are very delicately held anyway.

The road to equality: a history of the LGBT rights movement

Last day for the equal marriage consultation: have you responded yet?