A special ‘Social Summit’ is due to be held in Gothenburg on 17 November, where details of the European Pillar of Social Rights (EPSR) are expected to be announced. Ahead of the summit, Zane Rasnača suggests a few ways in which the EPSR could move beyond soft law to become something more hard-hitting and effective.

The events surrounding the European Pillar of Social Rights (EPSR) are approaching a conclusion, with a proclamation planned for 17 November in Gothenburg. Therefore, the time is ripe to reflect on whether the EPSR, which has been dubbed ‘the last chance for social Europe’, will deliver on what is expected.

And expectations run high. The EU social dimension has been neglected in the past decade or so, and there are two imbalances, broadly recognised by researchers, plaguing it. First, the imbalance between the (national) social dimension and the (pan-European) internal market, whereas constitutionalisation of economic rights has led to social rights losing out whenever any supposed balancing takes place. Second, the deregulation of national labour law and social protection systems (via EU-supported austerity measures) has culminated in a second imbalance – an imbalance between economic and monetary governance and social policy. The continued relative weakness of the EU-level social dimension has only added to these imbalances.

A recent ETUI working paper examines whether the EPSR provides an answer to this conundrum. Will the Pillar succeed in making the EU more ‘social’? And particularly, will it change anything in the development of EU social policy? Does it represent a long-awaited shift in the EU discourse or is it merely another ‘soft law’ initiative that will fall short?

What is the European Pillar of Social Rights?

After long consultations and much speculation, the EPSR itself consists of a recommendation and a draft proclamation to be made in Gothenburg. The principles/rights set out in the EPSR range from matters where the EU has clear legislative competence (e.g. a ‘healthy, safe and well-adapted work environment’) and where there is already rather strong legal frameworks in place (e.g. gender equality), to areas where the EU has limited or no legislative competence at all (e.g. ‘housing and assistance for the homeless’ and ‘wages’). The content of the principles/rights has also notably changed from the consultation paper (issued in spring 2016) and now contains a higher level of protection. For example, instead of merely stating that protection against eviction should be ensured, it now introduces an explicit right for vulnerable people not to be evicted.

The recommendation and proclamation, as proposed by the Commission, have identical content, but differ in their impact and legal form. The recommendation, adopted under Article 292 TFEU, is an instrument that steers action at the national level and therefore is addressed primarily to the Member States. The proclamation is a much more unique instrument, in that it is not explicitly regulated by the Treaties.

However, in practice proclamations have been adopted in the past – for instance, the EU Charter of Fundamental Rights was proclaimed in 2000, and then incorporated into the Treaties in 2007. In contrast to a ‘recommendation’, a ‘proclamation’ is an inter-institutional instrument, expressing a commitment by the EU institutions and, only indirectly, by the member states. However, neither a recommendation nor a proclamation is legally binding.

In large part due to its soft law status, the European Pillar of Social Rights in itself does not directly add much to the rights of the people living and working in the EU. Only if adequately utilised and used to the maximum of its capacity could it have some meaningful impact. However, any real impact will depend on how well and actively the EPSR can be relied upon and used by the EU institutions and other stakeholders. There are a number of possible ways in which the EPSR could be instrumentalised and could change some aspects of the EU-level policy-making process both within the area of social policy and beyond.

Regarding the development of EU social policy and labour law, there are potentially three levels at which the European Pillar of Social Rights could have influence. First, it could re-shape and indirectly influence EU primary law. It could also inspire and structure future EU secondary law initiatives. Finally, it could trigger the mainstreaming of more social standards into EU governance mechanisms (e.g. in the European Semester).

The Commission refers to the Charter as the relevant precedent for proclamation. Hence it awards the European Pillar of Social Rights a similar significance as was awarded to the Charter before its incorporation in the Treaties. This means that, at the very least, the EPSR should serve as an interpretation aid for those social rights that are embedded in the Charter and fleshed out further by the Pillar. The EPSR also seems to offer a way to bolster Article 9 TFEU (social clause) and pave the way for achieving the EU social objectives (for example, Article 3(3) TEU, 151 and 152 TFEU).

At the level of secondary law, the Pillar might change the practice of making EU labour law and social policy. It could serve as an inspiration and a trigger for new legislative initiatives, especially because many matters covered by the Pillar have until now not been regulated at the EU level. At present, however, an actual list of new legislative initiatives is clearly missing. In addition, the rights and principles embedded in the European Pillar of Social Rights could influence the content of future initiatives in the field. The legislative initiatives included in the ‘Pillar package’ on 26 April 2017 (especially on the revision of the Written Statement Directive and the initiative on access to social protection) refer to the Pillar in the explanatory part of the proposals and their content also corresponds to both the principles and rights embedded in the EPSR. In this way, the European Pillar of Social Rights has already served as a sort of reference point for the content of these initiatives, while impact on future initiatives remains to be seen.

The Pillar stands to significantly affect the EU’s governance mechanisms. Here the Commission has planned to utilise the Scoreboard attached to the European Pillar of Social Rights as the key instrument setting out indicators to be mainstreamed in the governance processes. Although the indicators currently included in the Scoreboard are not sufficient to adequately represent and deliver (all) the rights embedded in the EPSR, it represents a good first step in the direction of concretisation. A specific soft law mechanism where the Commission pledges to use and mainstream the Pillar and the Scoreboard is the European Semester, even though the latest set of country specific recommendations does not as yet reflect any changes triggered by the EPSR.

Impact beyond the social acquis

The Commission does not explain whether the European Pillar of Social Rights will have any effect on EU level policy beyond the social acquis. However, one could envision at least two directions in which it could play some role.

Firstly, it might structure and influence the institutional discretion shown by EU institutions when their actions have an effect on questions regulated by the Pillar. The Court of Justice of the European Union has used the EU Charter as a reference point for limiting institutional discretion after it was proclaimed and before it became legally binding (e.g. in the judgment in C-540/03 Parliament v Council). The Court has also ruled that institutions in their relations with third parties cannot depart from their obligations set out in soft law instruments, since such a departure could mean a breach of the general principle of legal certainty (see C-189/02 P et.al. Dansk Rørindustri). The interinstitutional character of the proclamation is the key factor here and could allow the stakeholders to use the Pillar as a shield or even a sword.

Secondly, the European Pillar of Social Rights could also serve as a reference point for policy proposals beyond the area of social policy. For example, since EU policies have to be interpreted and applied in a coherent manner to ensure legal certainty, one could make the argument that legislative initiatives in any area of EU law cannot contradict or trigger breaches of EPSR principles (e.g. at the national level). One could also argue that the Pillar should be used as a vetting mechanism in internal institutional processes such as the European Commission’s ‘REFIT programme’ which aims to make EU law simpler and less costly. While so far the Commission has not proposed to commit to the EPSR’s standards in the REFIT process, by arguing that the EPSR will ‘offer a new way to assess whether existing EU legislation is designed and governed in a way that it is fit-for-purpose’ it alludes to such a possibility.

Overall, as it currently stands, the European Pillar of Social Rights is certainly no panacea for the most serious issues plaguing social Europe. Instead it is a moderately ambitious soft law initiative whose impact is largely dependent on whether or not the relevant actors (EU institutions, the member states, social partners, civil society, and so on) will take it seriously and treat it as the first step towards actual social convergence across Europe. I have offered here some ways in which it could serve as something more than a mere soft law document; whether it will become a reality, however, remains to be seen. 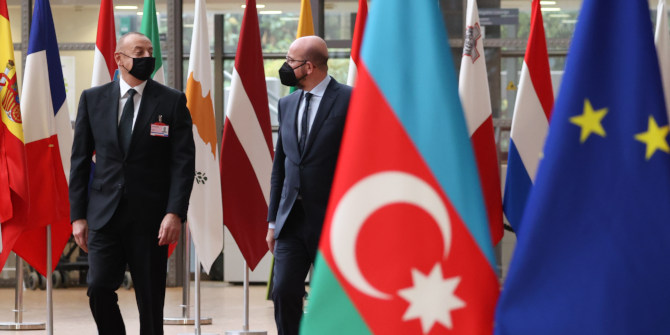