Ghanaian societal gender roles are central to how adolescents negotiate contraceptives and their sex lives, with sexually active young people frequently stigmatised. Research into the attitudes of adolescent males reveals deep-rooted paradoxes about responsibility, power and masculinity, and the need for health interventions to overturn gendered stereotypes.

This post is part of a series exploring the effects, presentation and evolution of masculinity in contemporary African society.

Youth in Ghana must negotiate a multitude of socio-cultural-economic determinants if they want to pursue a safe, healthy and happy sex life. For young people, sex is often stigmatised and shamed, and sexually active young people are consequently portrayed and perceived negatively. On a wider scale, instead of sex being portrayed as a source of joy, pleasure and autonomy of the body, development and research has often conveyed Adolescent Sexual and Reproductive Health (ASRH) as ‘risky’, further perpetuating harmful gender and social norms. This ‘risky’ rhetoric can inadvertently undermine the true realities of a young person’s sex life and further stigmatise sex. So, what determines or defines this ‘risky’ behaviour? To answer this, a holistic approach to ASRH is needed over a binary public health lens.

My exploratory research of 31 Ghanaian male and female adolescents aged 16–19 years in the Volta Region, using focus groups and semi-structured interviews to centralise youth as the driving narrative, revealed that pressures of Ghanaian societal gender roles are central to how adolescents in Ghana negotiate contraceptives and their sex lives. In this research, adolescent negative attitudes towards emergency contraceptives, other contraceptives and access to sexual health services were implicitly gendered.

Given Ghana’s entrenched colonial history and its cascading effects resonant today, gender requires disaggregation via a decolonial and contextual lens to understand further adolescents’ attitudes and influences. A typical Global North (or Western) lens on gender within Ghana will neglect contextual nuances. For example, African feminist literature has emphasised age as a central stratification of hierarchy within West African and Ghanaian societies. As revealed in this research, in addition to gender, age was a more visible barrier to young people – for example, in the lack of self-efficacy approaching medical providers – and therefore for improved access to and understanding of contraceptives an intersectional approach to ASRH programmes that considers, and challenges, discriminatory gender and age stereotypes needs to be undertaken. Disaggregating gender and social norms have the potential to shape front line approaches to ASRH(R) services, care and education.

Crucially, in this research adolescents were waiting to be of an age, or granted agency, to practice their sexual-efficacy with more ease. Ghanaian adolescents in this study negotiate a sexual landscape between (in their own words) ‘life and death’. If they have sex they suffer ‘death’ (both literal and metaphorical), by suffering stigma/shame due to pregnancy, disease and loss of education. If they abstain, they ‘live’; there is limited space to initiate and experience a positive discourse on a happy, healthy sex life. As debated heavily within the wider context of Sexual Rights, the ‘R’ for rights should be added to language on ASRH(R) to strengthen its advocacy as a rights-based issue, as opposed to tackling purely health outcomes, particularly within its dissemination in schools, communities and homes.

The recent controversy in Ghana over the introduction of new Comprehensive Sexual Education guidelines highlights the polarised contention of SRHR education within Ghanaian schools; this unrealised space inhibits the chance for Ghanaian adolescents to be fully informed of their rights and granted agency within their sexual lives.

At the school site, the research assistants, Kofi Nyalimba and Augustina Ofori, prepare the interactive materials for the focus groups. Credit: Megan Holloway.

At a weekly community Girls’ Club in Volta Region, Ghana, where I managed a grassroots youth-focussed NGO, there was often a curious audience of male youth hoping to join in with their female peers. At times they lamented at not having their own equivalent club. Safe spaces are crucial for female youth to learn about their bodies and formulate identities independent of the societal gendered status quo, but it became clear that male youth during their own development in Ghana are not offered an equivalent to articulate their needs, wants and challenges.

In turn, we created a parallel space for male youth. Their ensuing honesty and willingness to discuss their experiences and confusion as to the role of ‘man’ in their communities, and within Ghanaian society, exemplified the deep impact male perceptions of gender roles on both themselves and their female counterparts.

There is an urgent need for the Ghanaian adolescent male participants in this study and their life course to be researched further. Gendered stereotypes can undermine the lived realities of demographic groups, leading to their specific needs marginalised in research and resulting in drastic outcomes for Ghanaian males under the stress of performing gendered expectations.

In this research, to assert their masculinity male participants spoke of the need to have sex ‘raw’ or to sabotage deliberately the condom to prove their masculinity to peers (which could be linked to why condoms have been viewed as unpopular or distrusted in comparative research). Throwing sperm away was described by one male participant as ‘wasting your power’, meanwhile to sexually satisfy the woman is an indicator of masculinity. Findings from Malawi on sex in later life similarly found sperm/bodily fluids to represent power, albeit as an exchange of power/pleasure. Instead, here the concept of pleasure was not a mutual exchange. Male’s ‘power’, i.e. sperm, was the impetus of pleasure, inadvertently centring the male as the giver of pleasure, and the female as a passive receiver, thus reproducing essentialist gender narratives. Consequently, to utilise ‘power’, condoms were tampered with, which can result in negative outcomes such as unwanted pregnancy, unsafe abortions and Sexually Transmitted Diseases. For context, Volta Region had the second highest rate of adolescent pregnancy in 2017 and, despite high levels of contraceptive knowledge has very low uptake.

Pleasure/Power was not the only reason indicated by participants for sabotaging condoms. Despite sexual performance and virility being a marker of masculinity, and the role of fatherhood feared by male participants due to its ‘provider’ responsibilities, participants referenced deliberately impregnating a sexual partner to ‘wicked the girl’, as a response to being initially sexually rejected. This implied the re-acquisition of masculinity was via power by undermining the girl’s gendered expectations of the future and tainting her as ‘spoilt’. Emergency contraceptives, therefore, were viewed by participants as a potential method to counter risks or to ‘save your life’, however correct knowledge and use of them is low.

‘Risky’ sexual behaviour is not because of youth but due to a multitude of socio-cultural elements that youth must negotiate, with pressure to perform gendered expectations paramount. There is an imperative need for adolescent male assertions and attitudes of masculinity, gender and sex to be further researched for better awareness, more informed education and access to (emergency) contraceptives to mitigate unwanted outcomes.

These findings do not seek to perpetuate messages of ‘risky’ adolescent sexual behaviour nor to undermine the centrality of the female adolescent, often vulnerable, within ASRH(R). Rather, if research/interventions/programmes continue to presuppose the adolescent male, we isolate both a key stakeholder and influencer of female ASRH(R), and, critically, the adolescent male’s own sexual health needs and negotiations around identity and space to partake in advocacy for equitable gender and sexual rights.

This blog was originally posted on the Africa @ LSE Blog

Megan Holloway completed an MSc Gender, Development &amp; Globalisation at LSE in 2019 with a research focus on gender and sexual rights, youth in Sub-Saharan Africa and sexual reproductive health and rights. Prior to this she lived in Ghana and Togo working for grassroots youth-focused NGOs that empowered youth as agents of change. 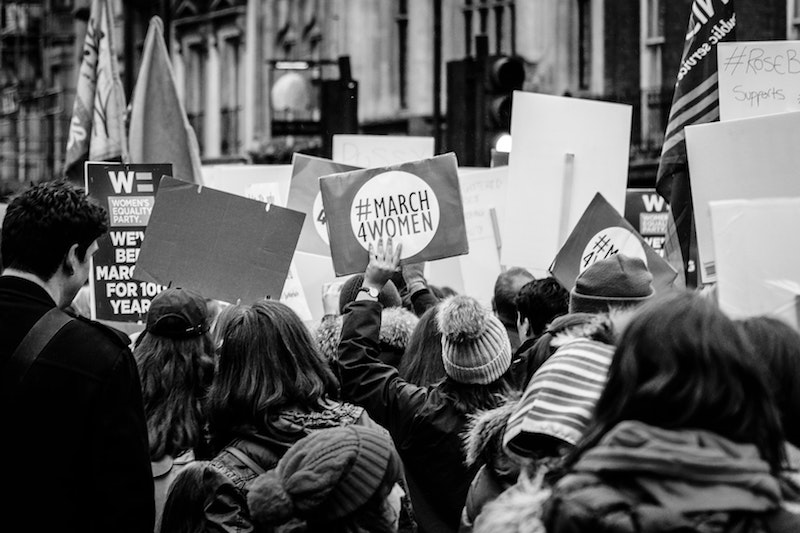