Professor Ken Shadlen discusses the global politics of vaccine allocation, and how universal vaccination is stymied by global power asymmetries.

This is the eighth blog in the 12 Days of Global Health series.

Studying the global politics of vaccines during the COVID-19 pandemic provides an opportunity to witness the real-time reproduction of global inequalities. In the early months of the pandemic, the global community, led by the World Health Organization, advanced an allocation scheme in which vaccines would be made available globally on an equal basis. The reality of how vaccines are being procured and allocated around the globe, however, is radically different, as illustrated by the fact that a handful of rich countries expect to begin vaccinating before the end of 2020 and early in 2021, while most of the world won’t be able to do so until well into next year.

Few will be surprised that the original plans didn’t work out as envisioned, that current arrangements differ so much from what was imagined earlier. But watching how global allocation arrangements unravelled, and then were put back together, sheds light on the effects of power asymmetries and on the limits of international institutions.

The original plan featured a new agency, COVAX, which would procure vaccines for global distribution. By aggregating demand via pooled procurement, COVAX aimed to secure lower prices. By focusing on a diversified portfolio of vaccines, COVAX was hedging against scientific risk (in the early days of the pandemic. with no existing vaccines for COVID-19, we didn’t know which of the projects being initiated would succeed in clinical trials, or what their efficacy and use profiles would look like). According to the original plan’s “fair allocation” mechanism, to start, all countries would receive enough doses to vaccinate 20% of their populations.

Once purchased, COVAX would then sell the vaccines to more-resourced countries and donate them (with nominal co-pays) to poorer countries. Critically, both routes were to deliver vaccines equitably; both were informed by the principles that, while each country should set its own allocation priorities (e.g. start with elderly? healthcare workers? bus and train drivers? students? teachers? athletes and entertainers?), no country would vaccinate more than 20% until all countries had vaccinated 20%.

Reality looks different. Rather than supplying COVAX for global distribution, most vaccine developers sell their doses directly to national governments, and often in large quantities. The pooled procurement arrangements get the leftovers. We will, hopefully, have enough vaccines to vaccinate the world by sometime in 2022 (estimates vary, as it depends on which vaccines succeed in clinical trials), so universal vaccination can still be achieved, but in greatly staggered and unequal ways, as commentators have noted.

The reality of how vaccines are being procured and allocated around the globe, however, is radically different, as illustrated by the fact that a handful of rich countries expect to begin vaccinating before the end of 2020 and early in 2021, while most of the world won’t be able to do so until well into next year.

The shift from equitable universal allocation to unequal allocation — that is hopefully universal but at best segmented — was produced through a series of steps. Tracing these steps (in simplified form) shows power asymmetries can overwhelm even the best of intentions.

Many countries wanted to be able to vaccinate more than 20% of their populations; they wanted more doses than they could procure from COVAX. Some countries also wanted more choice over which vaccines they would procure and thus be able to use in national vaccination campaigns. The result of these factors is that many countries began to purchase their own doses independently of COVAX, purchasing large quantities directly with vaccine developers directly.

While direct purchases of the US, EU, and UK captured the most headlines, they weren’t alone. Several other countries (e.g. Australia, Canada, Japan, South Korea) also began to develop portfolios of pre-purchased vaccines. Some countries in Latin America, Asia, and the MENA region tried to get in on the act too, though these countries are generally unable able to make enough purchases of diverse sets of vaccines to minimise risk and be assured supply when vaccines don’t advance in clinical trials. I’m glossing over important details and nuances, but the emergence of national procurement strategies created concerns that not enough countries would participate in COVAX for it to achieve its objectives. After all, a pooled procurement mechanism cannot function if demand is not being expressed through it.

To encourage greater participation, COVAX altered its rules to accommodate the national purchases, repositioning the multilateral approach as a complement to national approaches. Countries would be allowed to select which vaccines from COVAX’s portfolio they would accept. Countries that have already procured doses directly may not want to purchase more, and this change alleviates that problem. COVAX’s 20% cap was also removed, allowing countries to purchase enough doses to vaccinate up to 50% of their populations.

The changes worked, in that approximately 80 countries committed to purchasing vaccines via COVAX. COVAX also undertook substantial fund-raising to make the donor-funded arm financially viable too. COVAX reacted to changing conditions and preserved its position in advancing a universal vaccine allocation scheme.

Adapting COVAX to accommodate national purchases fuelled more such purchases. Hardly a day goes by that we don’t read of another country striking a deal with another vaccine developer. All in the context of constrained supply. Countries – not COVAX – are purchasing nearly all the output that is being produced and is projected to be produced into 2021. Countries pay more per dose on their own than were they to procure collectively via COVAX, but purchasing directly secures a space toward the front of the queue.

The national purchasing practices and the global inequalities that both reflect and are perpetuated by such practices are self-reinforcing. National purchases beget national purchases: fearing being left out in the cold as scarce supplies are being gobbled up, any country that can procure vaccines directly tries to do so. What started as “America-first” (and EU-first and UK-first, though with less fanfare), became “any-country-that-can-first” – but, again, not all countries can. National capacities to fend for oneself are not distributed evenly in the global economy.

Meanwhile COVAX is left behind, as illustrated by the figure below (from Duke University’s Global Health Innovation Center). COVAX, and the countries that are less able to fend for themselves and depend on COVAX for access to scarce doses, are firmly at the back of the queue.

How long COVAX and the world’s wait will be depends on what happens to the various vaccines in clinical trials, how much of the successful ones can be produced, how much of the output is sold to COVAX rather than to national governments, and how effective and useful various approved vaccines are for different population sub-groups. And, importantly, what happens with the vaccines being developed in China and Russia, of which we know much less. There are too many unknowns to predict which scenario will prevail, but it’s fair to conclude that the likely outcomes for global allocation range from moderately unequal to extremely unequal.

Taking a step back

COVAX is not the guilty party, but rather the victim. It was reshaped. Indeed, unable to prevent countries from purchasing vaccines directly or to compel vaccine developers to supply the global scheme rather than individual countries, COVAX had to be reshaped, to retain any relevance and be able to contribute to universal vaccination. But this a fundamentally different version of universal vaccination than it was designed to promote.

Lastly, it’s striking how similar the way COVID-19 vaccine allocation is shaping up to what happened with H1N1 in 2009, when wealthy countries bought the available stocks of vaccines, putting poorer countries at the back of the queue. Indeed, it was precisely out of a concern of the H1N1 scenario being repeated during the current pandemic that COVAX was created. Yet we appear to be heading back to the same place. Global inequalities are being reproduced, not by design or malicious intent, but through incremental steps that countries take as they look out for themselves, and as COVAX reacts. This provides another lesson for students of politics, about the limits of institutional innovations to address problems that are rooted in power asymmetries and the self-help nature of international affairs.

Photo by Daniel Schludi on Unsplash 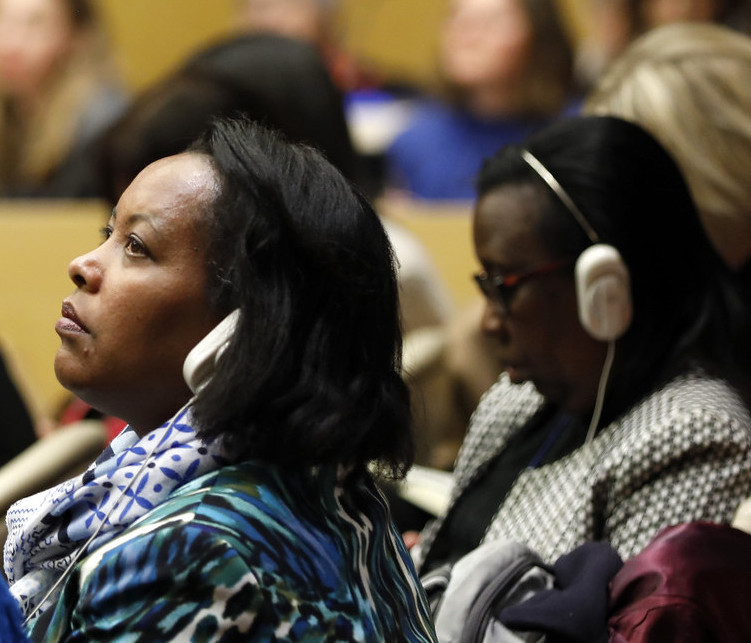 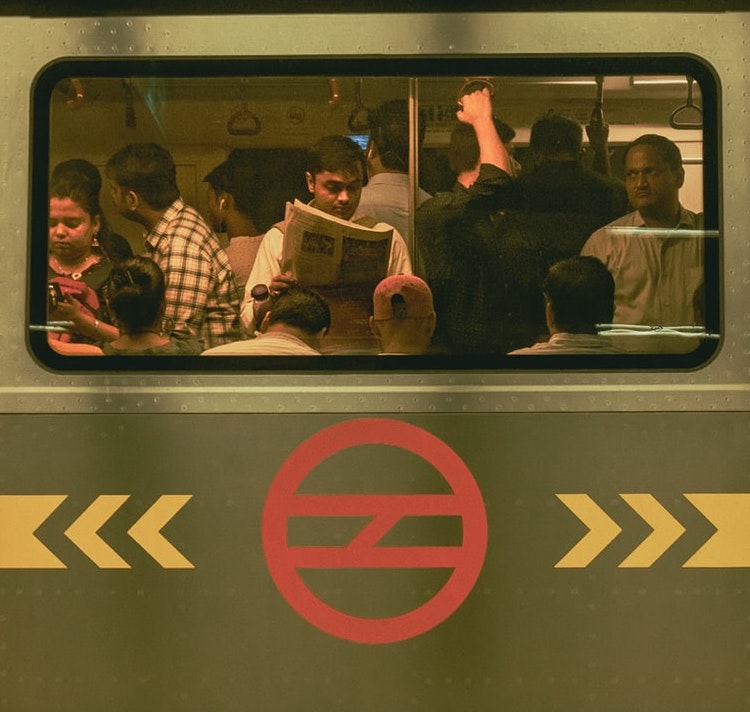 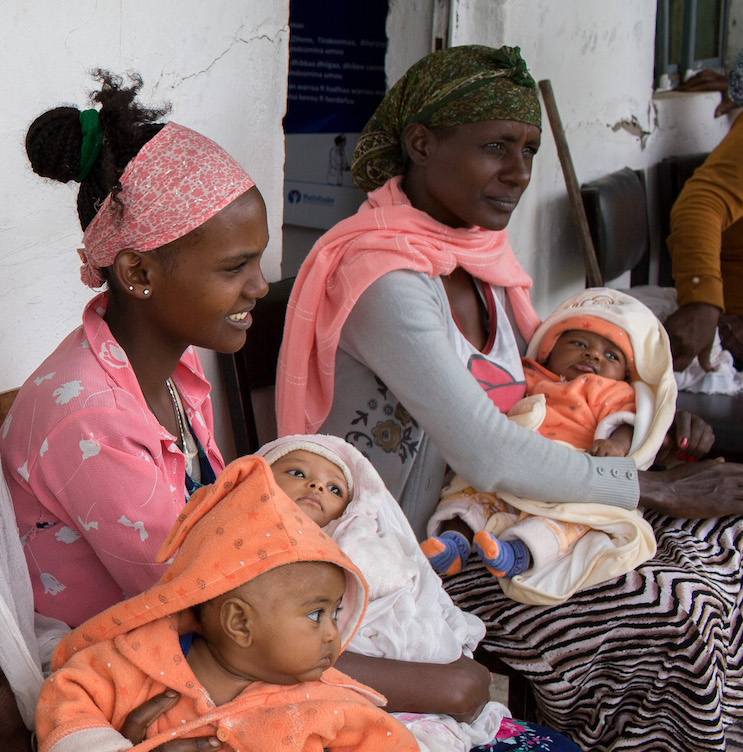