In 2015, Dr Denisa Kostovicova was awarded a Leverhulme Research Fellowship that has allowed her to delve into the merits and limitations of a regional approach to transitional justice in the Balkans.  In a series of blogs, Dr Kostovicova explores broader issues about the politics of confronting mass atrocity, and the ethics of studying how people and communities come to terms with the violent past. She begins with a discussion of her work in the field and the issue of victims and their civic voice.

Stepping out into the field pursuing the question of justice after conflict means encountering harrowing stories of loss and suffering.

A mother recounts hurtful silence that  descends on their household every year on the birthday of her son, still missing nearly 20 years after the conflict. While they cope with a loss and a lack of knowing, identification of victims’ remains does not always come with a sense of closure. A daughter shows me a photo of her father – more precisely, several bones arranged so as to resemble a skeletal shape and a few rags of cloth. But, doubts nag her as to whether she indeed buried her father. Despite a DNA match, a forensic report got his date of death wrong – wrong by three years. On yet another occasion, one is humbled to hear of parents modestly downplaying their own pain while supporting friends who lost five children, whereas they lost only one.

But, what do all these stories tell us beyond the pain of living with loss? Why might they be important for a political scientist?

An extraordinary willingness of victims to talk to me – only exceptionally being stopped by a chance discovery of another long-sought mass grave – tells an equally poignant political story of the double marginalisation of victims.

Transitional justice scholarship underscores the importance of the offending side acknowledging the suffering of victims. This inter-ethnic dynamic is a starting point for any sense of justice or reconciliation. Today’s stories of the victims of the Balkan wars of the 1990’s indicate that the acknowledgment of their suffering across ethnic lines has not been forthcoming.

But, these stories also point to an unspoken reality of the victims’ marginalisation within their own ethnic communities. They talk about living, as they put it, in ‘indifferent societies’. The sense of marginalisation among their own kin is shared by all victims in the region, regardless of their ethnic group. Victims are remembered, occasionally. But, when political elites turn their attention to victims, this is likely to be an occasion when the elites hope to score political points and boost their nationalist credentials. The rest of the time, victims are left to their daily hand to mouth existence, with meagre or, more likely, no support from the state.

It is clear to me that victims’ willingness to talk to an outside researcher must be seen as a part of their quest for a voice.

Alongside victims, I have also met many human rights activists on my travels, witnessing their tireless efforts to record all crimes and human rights violations to remind us of injustice, outstanding redress, and to help people live with the trauma they have experienced.

Unlike the political elites that have been adept at manipulating the past injustice, civil society organisations and groups throughout the region have proved to be the only reliable haven where victims can hope to find support and their voice. With this in mind, a reflection on the critical peace-building scholarship is called for. Two arguments in this scholarship, which query the civil society and its mission, have been gaining prominence.

One is that liberal civil society associations in global post-conflict regions such as the Balkans are nothing but a new brand of ‘peace profiteers’. Not only do these supposedly civic-minded actors use the Western funding as a source of rent, but their transitional justice work is manufactured. As such, it is a better indicator of donors’ funding priorities rather than of their normative, even moral, commitment to justice.

The other line of argument zeroes in on the advocacy and the language of universal human rights, according to which insisting on confronting and condemning the crimes committed in the name of their own nations is both inappropriate and ineffective.

When it comes to a new brand of profiteers, of course there are bad apples in every cart, and civil society is no exception. Observing human rights activists, I find that they are women and men of conviction. No lesser motive would make them live daily with someone else’s pain while recording graphic details of crimes or human rights violations, or give them stamina to put up with the stigma of traitors within their own ethnic groups because they are vocal about the crimes their countrymen committed.

I stand to be convinced that such civic activism can be bought for a handful of Euros or Dollars (and the importance of these sums in the depressed economies of Balkan states is not lost on me). To conclude with this mundane money argument — not everyone should be painted with the same brush. There are much more serious considerations to be taken account.

The argument about the artificial creation of civil societies falls flat in the face of what one could now call a historic perspective. It overlooks the history of civil society and its liberal activism. True, anti-war movements in their different forms were limited during the wars in the 1990’s. Nonetheless, they existed, and the post-war fight for justice is their natural progression.

Further, arguments that universal human rights are an alien imposition is nothing short of a form of exoticisation of the Balkans that prescribes something other, different, even indigenous, as a way of coping with past atrocity for the non-Western world. It also demeans the victims. It does not recognise a genuine need for justice locally, and, exactly the same kind of justice, restorative or retributive, that serves everyone else well in the West.

Lastly, the claim that civil society’s insistence on facing the past is either ineffective or inappropriate is nothing less than pandering to ‘indifference societies.’

While all the focus is on the ‘co-opted’ liberal civil society, a much more dangerous political reconfiguration of local politics is overlooked. There are very few, if any, attempts in liberal-peace building scholarship to understand the emergence of a truly dark side of civil society that is certainly more genuine than the political elites in their refusal to confront the criminal past, and ever more so dangerous for it. With recalcitrant elites who have no interest to put the record of war crimes straight, and emergent illiberalism within society, the liberal space is severely squeezed. And, we all know what happens when one does not learn from past mistakes. That the sense of past injustice was one of the triggers of the Balkan wars of the 1990’s is one thing on which everyone agrees. 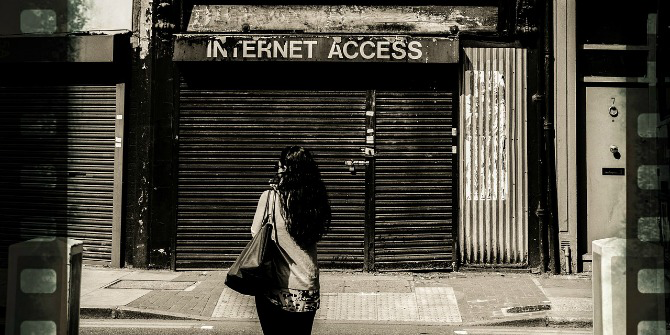