In 2015, Dr Denisa Kostovicova was awarded a Leverhulme Research Fellowship that has allowed her to delve deep into the merits and limitations of a regional approach to transitional justice in the Balkans.  In the second blog in a series exploring research about the politics of confronting mass atrocity, Dr Kostovicova ponders how well our ‘ethics tests’ prepare us to conduct research into issues of transitional justice.

Before we start our research, we are asked to fill out an ethics questionnaire. Our research is a quest for knowledge. But, at every step of this journey there are moral considerations to take into account. They are framed by norms that pertain both to personal and social conduct and consequences of our research. The details of ethical considerations vary depending on the academic discipline. Scholars of medicine and scholars of geography will obviously have different concerns. My interest is in the ethics of social and political research.

When I peruse the ethics questionnaires that I have filled out over the years on various projects, two questions are most relevant for me (I skip the ones about working in a lab, or conducting experiments on subjects). I paraphrase them because all questionnaires are variations on the same themes.

The first question asks whether the research project will harm research subjects. (In my case, and on my current project, people I interview or observe.)

The other asks whether the researcher will put herself in harms’ way.

I answer both questions easily, without hesitation.

My answer to the first question is ‘no’, because my research about transitional justice is about the politics of overcoming the criminal past and not directly about the suffering my subjects have experienced. That is not the information I am after. Also, I am aware that the mechanisms of transitional justice, both criminal trials and truth commissions, often end up traumatising and re-traumatising the very people they were intended to help. One need look no further than YouTube clips from the International Criminal Tribunal for former Yugoslavia in the Hague, where late Serb nationalist leader Slobodan Milosevic cross-examines aggressively and mercilessly the victims of violence caused by his own policy.

My answer to the second question is also ‘no’. I know that researching transitional justice is not the most popular endeavour to undertake in the Balkans where the elites would like to sweep the criminal past under the carpet. Impunity reigns. There is too much blood on their hands. The Hague tribunal has skimmed the top culprits. Yet, thousands of lower-ranked accomplices are at large, as domestic courts are either unwilling or unable to undertake the case-load. But, I do not see academic research as a dangerous activity. Academics are not investigative journalists or civil society activists whose writing, activism and discoveries can actually threaten powerholders’ positions, who want the past to remain in the past.

It does not take many trips into the field for me to realise that both my answers to the ethics questionnaire were somewhat incorrect.

I did not go out to directly solicit the details of crimes from my interviewees. But, I learn, that’s not the point. The victims by rule volunteer their hurtful experiences. I cannot completely comprehend what sharing that kind of information does to them, as their voices tremble, eyes well up with tears. I can see it hurts, but sharing – they say – is something they want to do, in debt for the loved ones who are no longer there. In my last blog, I wrote about the marginalisation of victims, and a lack of public acknowledgment of their pain fuelling a need to talk about what happened and the injustices that followed. Consequently, when encountering an outside researcher who is interested in the issues of injustice, they tell me their stories, and say more than they were asked. It is an experience that is both disturbing, but also – in a way – gratifying for the victims. They reclaim a sense of agency, of something being done, even if it is merely contributing to a stranger’s academic project (the reasons for an interview or informal conversation made crystal clear from the start of our interaction).

As for what happens to the researcher herself, hindsight also alters my perspective on the questions from the questionnaire.

‘Denisa, take care of yourself!’ one interviewee said to me, himself a survivor of horrible violence, when we were parting. ‘It is not easy to live with our stories,’ he added.

I was moved by his kind words that I was not expecting. But, I did not get them just then. I did – upon returning home. When I am back at my desk, I only do a quick check of all my recordings. I make sure that the primary data is there. But, I cannot muster the strength to listen to them. Utterly preoccupied with vivid experiences and stories from my fieldwork, I also recognise the syndrome that many seasoned war correspondents will describe: that of utter disinterest, even disdain, for people’s legitimate normal life’s complaints, such as house prices and late trains. How can that ever really matter? But, soon, time does the trick, and everything recalibrates back to normal. Research is slotted back into perspective. The distance between the researcher and the research subject returns. Dispassionate analysis continues. Back to the ethics question. I did not really put myself in harm’s way. But, the reality of research is clearly more complex than dichotomous yes or no answers offered on the ethics questionnaire.

As I pack my suitcase for another round of fieldwork, I am a bit smarter and more attuned to possible situations arising, and, hence, better equipped to deal with them. The next beneficiaries of the lessons I have learnt will be my graduate students, both before they leave for the field and when we debrief upon their return. I will no longer stop with questions of whether they’d filled out the ethics questionnaire, and conversations focused on research objectives and general experience of fieldwork. Instead, I will probe deeper, much deeper.

Ultimately, my experience of field research rekindles my scepticism of questionnaires and surveys to capture the kind of information that is vital, and that usually lurks between the questions that are asked, and so is missed.

Dr Denisa Kostovicova is an Associate Professor in Global Politics in the Department of Government at the LSE. You can find out more about Dr Kostovicova’s research on our website. Further information on Leverhulme Research Fellowships can be found on the Leverhulme Trust website. 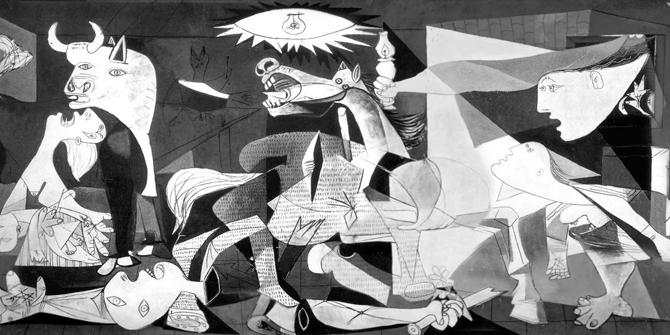