Trump’s defeat in the US Election is not the end of populism, but the start of a true debate about liberal democracy, argues Lukasz Kremky.

Donald Trump lost the US Election and many think the populist upheaval is now in retreat. However, this is a profound misconception. Populists have managed to reshape the political sphere, increasing polarisation and negating pluralism, and anti-populists seem to unwillingly accept the new rules of the game. In order to fix liberal democracy, we need to immediately restore democratic deliberation.

Liberal democracy might be best understood as a political system in which the essential feature is the recognition of pluralism as an inherent characteristic of each society. Elections help different social groups express their political will, but what is special about modern democracies is that they, acknowledging that society is necessarily a conglomerate of conflicting views, provide relatively powerful mechanisms to protect equality of individuals and minorities – civil liberties, rule of law, independent judiciary, checks and balances.

The recognition of pluralism means that diversity of opinion is treated as a social and political fact, which needs to be respected as such and addressed by the government in its undertakings. It is also a way in which modern democracies struggle to realise the liberal pretension of limiting government and the abuse of power in the name of expanding individual freedom. Preserving pluralism becomes a counterbalance to the radical democratic claim which says that power must reside in the will of the majority and there is nothing that might legitimately oppose it.

It is not surprising that the only sustainable way of practicing politics under the conditions of liberal democracy is deliberation and a constant struggle for compromise between conflicting parties. Political actors devote their entire time and efforts to compete for power which, once obtained, may not be fully exercised for the sake of protecting those defeated in the race. The desire for power of the ruling majority has to be curbed with the aim of preserving those who constitute a minority. That is why liberal democracies sacrifice the effectiveness of governance for the sake of securing pluralism.

As a result, democratic governance is frustrating and difficult. Political conflict is legitimate as long as all competitors recognise their equal status and claims for power. Paradoxically, the usual defence of liberal democracy is an essentially “undemocratic” practice which takes the form of reminding majorities of things they are not allowed to do in respect to minorities, for example respecting the rights of others regardless of their ethnicity, sexuality or gender.

The current crisis of populism arises from a growing disillusionment with the fact that modern democracy has serious difficulties in fulfilling the promise of giving power to the people. Populists believe that the institutions upholding political pluralism have become tools to suppress the democratic aspirations of a perceived political majority and that they need to be overcome for the sake of restoring the so-called ‘the will of the people’. Hence, populists are essentially anti-pluralists. They do not attempt to argue with and reject the views of their competitors – they rather claim that the political opponents themselves should be rejected as corrupted and illegitimate to win power.

This obvious negation of pluralism proves devastating for deliberation. The current crisis of democracy means a deepening social polarisation and a factual collapse of democratic deliberation that lies at the heart of modern democratic systems. As political actors refuse to recognise their opponents as legitimate and equal, the space for compromise shrinks dramatically. An openly confrontational style of politics paves the way for increasingly authoritarian tendencies and an open attack on democratic procedures. It is not surprising that Donald Trump claims he won the recent US election – with the open refusal to treat competitors as entitled to hold power, electoral defeat is inconceivable in the populist imagination

Therefore, it is striking when defenders of liberal democracy unconsciously adopt the language of populists. Threatened, they adjust themselves to the new anti-pluralistic discourse of polarisation, a political logic that is devastating for public debate and facilitates authoritarian practices. For example, observing some of Biden’s supporters claiming to “have won back America” from the hands of populism begs the question whether liberals have drawn any constructive conclusions from Trump’s victory in 2016. Labelling populists as “undemocratic” supports the idea that elites have turned against the will of ordinary people. It means playing by the rules populists have established for their own benefit, rules that eventually brought them to power and will help them sustain it in the future.

Supporters of democracy should not exclude populists from the political sphere. They need to treat the populistic claims very seriously and address them. Negating the doubts populists raise about liberal democracy is dangerous and the task is to bring back democratic unity and restore debate in which all participants are seen as equal. This requires rebuilding the belief in the institutions and political practices which preserve pluralism and hence protect democracy against falling under the pressure of radical polarisation and authoritarian rule, while shifting the locus of power closer to the people to satisfy the demands of popular sovereignty and a sense of increasing disenfranchisement.

There are obvious areas in which democracies have in recent years allowed for increasingly inegalitarian and undemocratic policies. Economic inequalities and stagnation of real incomes, policies favourable to the interest of large companies but not necessarily workers, globalisation and a disintegrating influence of technology on societies. There are also many areas in which liberals have been seen by some to have ‘gone a bit too far’ or proven to be slightly naïve, such as championing multiculturalism. Populists have turned out to be very effective in using this growing disillusionment for their own benefit, for example exploiting fears about Muslim immigrants in Europe. But it would be a mistake to believe that supporters of populism are lost for liberal democracy. What we need to do is to address their discontent and start a real debate. Finally.

Note: This blog post was winner of the GV245 Democracy and Democratization writing competition. This article gives the views of the author and not the position of the LSE Department of Government, nor the London School of Economics. 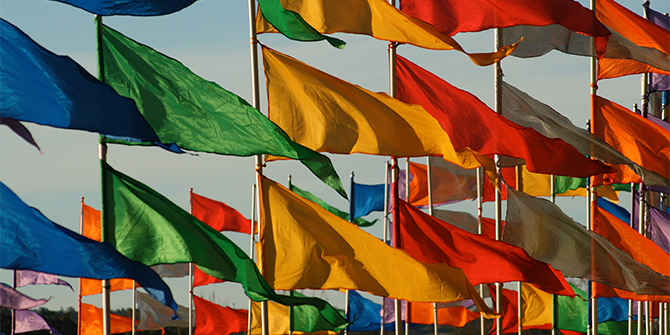