LSE Human Rights blog is a student-led project based in the Department of Sociology. It is a place for open discussion of ideas, events, and critical views on the topic of human rights – whatever the term means to you.

Anyone is free to contribute ideas for articles to the blog. LSE MSc Human Rights and MSc Human Rights and Politics students and members of the LSE Human Rights Doctoral Network are welcome to join the Editorial Team. If you are a student interested in joining the editorial board, just send an email to humanrights.blog@lse.ac.uk.

The views expressed on the blog belong to the author alone. 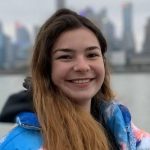 Adèle is a French quadrilingual Human Rights and Politics postgraduate student at LSE. She completed her undergraduate degree in international relations in Paris. She also studied abroad in Taipei and Shanghai. Her main interests are human rights violations in China and South-East Asia. Her undergraduate dissertation focused on the Social Credit System in China and its implications for Human Rights. During her free time she enjoys reading, travelling and language learning. 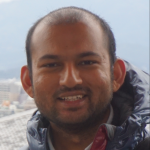 Shounok is an Msc Human Rights candidate at LSE. Shounok completed a BA in Law at the University of Cambridge on a Commonwealth Scholarship in 2016. Since graduating, he has practiced as a lawyer, most recently, as a solicitor at a community law centre in Perth, Western Australia that provided legal advice to those at risk of and experiencing homelessness. His varied research interests include political theory, the law of armed conflict, transitional justice and the intersection of foreign policy and human rights. He has a particular regional interest in South Asia and Asia-Pacific. For fun, he reads fiction, enjoys theatre, learns the Sitar and follows current affairs. 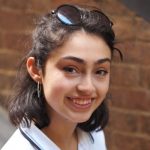 Priya is an MSc Human Rights and Politics student at LSE. She completed her BA in Human, Social and Political Science at the University of Cambridge, where she studied Conflict and Peacebuilding and the Middle East. Her research interests centre around future technologies in warfare, security and artificial intelligence in human rights. During her free time, she enjoys the theatre and spends far too much time watching Netflix. 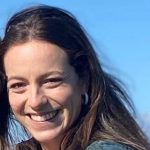 Beatrice graduated from the University of Michigan in 2018 with a BA in Political Science and International Studies. Since then, she has served as a Teach for America corps member in the Bronx, New York. She is currently an MSc Human Rights student, focusing on forced migration and international refugee law. 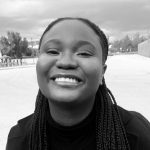 Mariama is a MSc Human Rights and Politics student at LSE. She completed her BSc in Sociology and Politics from the University of Bristol in 2020. Her undergraduate dissertation focused on the ways Black British students navigate social interaction in public places in an anti-black world. Alongside the Human Rights blog, Mariama also runs her own personal blog. 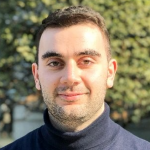 Saivan is an MSc Human Rights and Politics student, having completed his BA in International Relations with Economics in 2020. His academic interests include the Middle East, migration, and international development. During his study abroad in South Korea, he worked at an NGO campaigning against human rights violations and child abuse in North Korea. Outside of his studies, he enjoys listening to music and travelling. 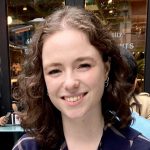 Completing her BA in Modern Languages and Cultures (German and French) in 2019, Rebecca has lived and worked in various capacities for NGOs in Stuttgart, Paris, Brussels and Calais. She is now undertaking her MSc in Human Rights and hopes to draw on her experience in Northern France to write a dissertation on the exercise of violence in Calais. To de-stress, Rebecca loves running and yoga. 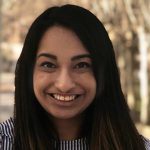 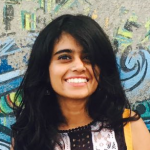 A B. A. LL. B. (Hons.) graduate from India, Samhitha is now studying an MSc. in Human Rights at LSE. She is a writer, editor and a voracious reader whose academic interests include gender, sexuality, and of course, law! Her most recent project was an empirical study on the death row syndrome and demoralization of prisoners awaiting their death sentence. Some of her allied interests are migration studies and labour law. Outside of classwork, Samhitha enjoys reading and researching Indian mythology and travelling. She is quite the wanderlust! 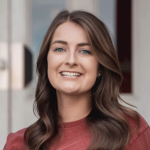 Kate completed her undergraduate degree in Philosophy, Politics, Economics, and Law (PPEL) and Global Studies at the University of Arizona in 2020. Her undergraduate dissertation focused on immigration policy in Southern Arizona. Now, she is a student in the MSc Human Rights and Politics program. In her spare time, she enjoys spending time outdoors. 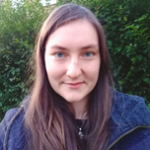 Angela is a MSc Human Rights student whose academic interests include sustainability, economic transition, and transnational corporations and human rights. She spent the last 4 years in Brussels, studying political sciences and completing a master in conflict and development. Her dissertation investigated the social impacts along the globalized value chains of a t-shirt. In her spare time, she enjoys playing football, many more sports, and cooking extensive dinners. 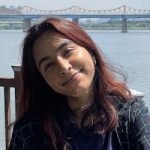 Hailing from Pakistan and the American Southwest, Zoya is an MSc Human Rights and Politics student at LSE. She received her BA in International Relations at the University of Texas at Austin, where she also studied Latin America and Arabic to expand her worldview. She conducted research on minority rights in Mexico City and Bangkok, and views these as her most formative experiences. She aims to trace the lasting presence of empire and colonialism in the experiences of Global South communities. Outside of these interests, she enjoys green tea and following BTS, Spurs basketball and the U.S. Women’s National Soccer team.