After having struggled through the Friday afternoon traffic to get out of London, this year’s group of attendees from LSE’s international relations department enjoyed the ‘informal reception’ at Cumberland Lodge to get ready for a weekend of good food, merry times and to talk about ‘The Political Economy of International Economic Crisis’. The high ratio of students to staff was noted – only a small group of departmental staff was present, and even the number of PhD students was notably down compared to the previous years. Nevertheless the debates, both during the talks and in between, as well as the dining and socialising, were of the high standards the IR department’s weekend has been known for. 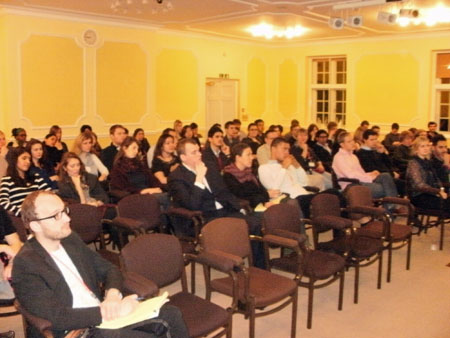 After dinner the first session took off with Dr. Lauren Phillips presenting a paper on ‘The Decade of Crisis: Lessons for the Global Financial Crisis from the Emerging Markets Crisis of the 1990s’. Lauren argued that the current financial turmoil is in fact nothing new and that looking at past crises may help to both understand the causes and to find solutions. Latin America was home to a banking crisis caused by rapid economic liberalisation, followed by a sovereign debt crisis and finally a currency crisis to which all countries in the region, and also the wider international community, most notably private financial institutions as creditors were not immune.

The most remarkable observations were that sovereign debt is more than an economic issue – once it reaches a certain level it becomes a political matter as well. Every society has a breaking point in regards to repaying loans that more than often it does not feel to have benefitted from. Also the fact that interest rates, and with it the cost of maintaining loans, heavily depend on political factors presented a vicious circle. Since markets do not like uncertainty, the more the countries’ debt became a political issue threatening domestic stability the less they were able to maintain their debts. An additional observation was that more autocratic regimes received more favourable treatment by creditors than democratic ones; this can be explained because theses regimes are able to change their policies much quicker and be more decisive since public debate on reforms is limited.

Finally the most important lesson in regard to solutions is that there is no single policy that was able to address the crisis, instead cooperation between governments of the region, compromises between creditors and debtors, and finally international assistance was necessary to improve the situation. The global economic turmoil could benefit from a look at the policies and tools and mechanisms that were used, for example the joint sovereign bonds of Argentina and Venezuela to balance the interests of all actors involved.

Lauren’s paper was followed by a lively debate that continued at the bar – which, as usual, was uniformly considered to have closed too early. If it would have stayed open for another couple of hours a solution to all financial and political woes the world is facing would certainly have been found. 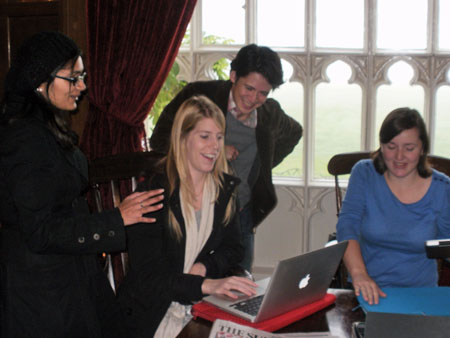 The benefit of the mostly ‘early’ night was a full attendance at breakfast on Saturday morning which was necessary to provide the energy for a full day of talks that started with Dr. Waltraud Schelkle’s talk on ‘Hegemony without Stability: the Fiscal and Political Vulnerabilities of Monetary Union’. By comparing Hungary and Greece Waltraud showed that the financial troubles of both countries did not suddenly appear. There were plenty of indicators that questioned sustainability of debt and there was widespread doubt on the reliability of economic and financial data published by the governments. The failure of the EU and the wider international system to act on these issues shows two phenomena: the weakness of the United States as hegemon in maintaining stability – by way of the Washington Consensus – and the loss of national authorities in collecting and publishing data. Instead it is now the EU and the intergovernmental financial bodies that try to micromanage national debt. Countries with a strong economy such as Germany and France are able to dominate the debate but are unable to act as a hegemon. Instead a broad consensus is needed that addresses two different issues: one is to repay national debt and develop a balanced sheet of expenditure, and the second is to trigger economic growth. The junction of both can only be reached by cooperation and burden sharing by all, rather than to act on a basis that focuses on the interests of individual nation states.

After a short, but necessary coffee break Dr. Tim Hicks of Dublin’s Trinity College talked on ‘Left Behind? Partisan Politics After the Financial Crisis’ in which he analysed the impact of the economic turmoil on national elections. In 21 countries of the European Union parties to the right of the political spectrum are in power leading to the assumption that in times of crisis the electorate favours fiscally conservative actors. At the same time questionnaires (‘Eurostat’) show that most people place themselves at the centre rather than the distinctively to the left or right of the political spectrum. The question now is whether political parties, especially to the right, have moved their agenda to accommodate this divergence between current policies and their traditional position. The question and answer session at the end of Tim’s presentation focused on this question, as well as the question on the role of individual in leadership position. The open question now is ‘who is more trusted to find a solution, a political party with an ideology tied on the traditional distinction of the political system in a democracy, or the personality of an individual?’

Since one of the planned presenters was unable to attend Cumberland Lodge at short notice the afternoon session was cancelled and instead the free afternoon was extended until dinner. The sunny weather and the great park presented more than enough reasons for all to explore Windsor or to enjoy the quiet setting of Cumberland Lodge to do some reading in front of the fire place. 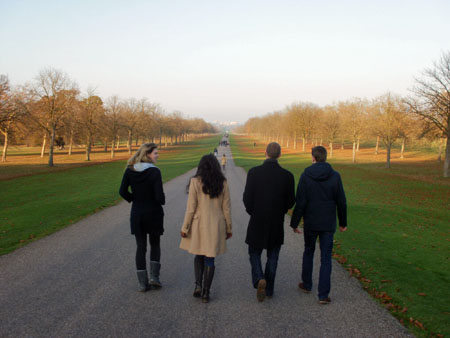 After dinner Sir Nicholas Bayne talked on ‘Performance and Prospect of the G20 Summit’. By introducing the history of the ‘G’ summits – first as G7 in 1975, then as G8 (since 1997) – the heads of the major economies of the world were using an intimate and straight-talking setting to address political and economic issues. Very often it was on these annual summits that the major players would agree on a position they could then promote in other settings such as the UN or WTO. The growing importance of non-G8 countries in global economics, together with the difficulties that the G8 countries are facing at present has now given rise to the G20 summit – and with it an entirely different culture and setting for the summit. No longer do all members have a shared cultural and political background and with 12 more heads of state sitting around a table a consensus is much more difficult to achieve. While it is too soon to tell, there are two possible outcomes: either the G20 summits will prove to be unable to become a venue for consensus building and thus fail to follow the example set by the G7/G8 summits, or, and this was the hope expressed by Nicholas, this new setting will help to unlock current deadlocks faced by the international community in for example the trade rounds of the WTO. This was hotly debated and it was only the closing time of the bar that convinced the audience to change location. The remainder of the evening (turning into the night and for some the early morning) was adequately spent socialising and moving the discussions to be continued around the pool tables in the basement under the watchful eyes of a member of Cumberland Lodge…

The breakfast on Sunday morning was early and it was mostly the people who decided to follow the invitation to attend Matins at the Royal Chapel that got up in time. After a generous coffee break the last session of this year’s Cumberland Lodge weekend was presented by Dr Michael Breen of Dublin City University. Michael talked about ‘Political Institutions, Credible Commitment and Sovereign Debt in Advanced Economies’ and presented the fact that so far most literature on sovereign debt had been focused on developing and non-democratic/non-advanced countries. This means that there is a shortfall of adequate analysis that is able to present an insight into what matters most; is it political structure, stage of development or historical and contemporary accounts? The past has shown that credibility is the major factor in reconciling the interests of all actors involved, but there is no agreed definition on what ‘credibility’ means. For the society of a country, credibility is different to the government that prioritizes staying in power rather than to increase financial stability. For creditors it is the trust in the debtors, and for the international community in the ability of the existing political and financial bodies to find a solution. While power sharing increases credibility it also hinders quick and decisive reforms and, so the general agreement at the end of the session, the solution to the international economic crisis will be found between these poles.

After a final lunch all attendees made it back to London with the shared sentiment that this year’s Cumberland Lodge weekend was a highlight of the academic year and that there should be at least one weekend per semester. It was also agreed that more academic staff should attend since the setting presents a great venue to meet the person rather than ‘only’ the academic most students see in their teachers. At the same time it should also be noted that the staff of Cumberland Lodge agreed on the outstandingly good behaviour of this year’s attendees – this may indicate that it was the members of staff rather than the students that had made the IR department infamous for its at times raucous, uhm, ‘debates’ at Cumberland Lodge.