The International Relations Department is pleased to be able to announce the Susan Strange International Political Economy dissertation prizewinner for the 2013-14 session: 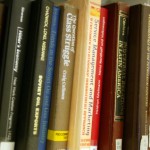 This was awarded to Elise Kervyn for her dissertation entitled Globalization and the informal economy in Sub-Saharan Africa.

Why would FDI increase the size of the informal economy?

This dissertation shows that FDI increase the size of the informal economy (despite results lacking sometimes statistical significance). There are three potential explanations for this.

The first explanation is the use of tax incentives to attract FDI. Such practice has created drastic revenue losses in several African countries and has increased the burden of the formal sector. This shift may encourage the informal sector because of the higher costs of formal activities.

The second explanation is related to the type of jobs (formal/informal) created by FDI. FDI may encourage informality as FDI benefit from it in three different ways: lower wages, lower indirect costs (e.g., regulations) and flexible labour.

Third, FDI may increase the level of informality by raising the level of competition in the host economy – although such an effect is not confirmed in the literature on the subject. This competition may lead less productive local firms out of the formal market and/or to a downsizing of formal enterprises.  Both effects may cause a move from the formal economy towards the informal economy. However, such an explanation suffers from one main shortcoming. If competition leads to economic growth and growth to a formalisation of the economy, FDI could in fact reduce the size of informal economy in the long run. Yet, FDI leading to growth in developing countries has not been established in the literature.

Why would M&A have more impact than GI?

This dissertation also demonstrates that M&A significantly increase the size of the informal economy while GI have little impact over it.

This may indicate that the main channels driving the impact of FDI on the size of the informal economy are more likely the competition (M&A have a higher impact on competition than GI) and employment (See below) explanations rather than the one on tax. Although it is not an established fact in the literature, the effects of tax incentives do not differ drastically between M&A and GI as they are mainly used for GI but are less efficient to attract them.

Regarding the employment effect, GI offer greater potential in terms of permanent formal hiring and job creation. While GI create new firms and new employment opportunities, M&A are merely taking over local firms, often accompanied with restructuration or privatization processes resulting in formal job losses.  Furthermore, GI are more likely to create formal jobs as they mostly operate in the skilled capital-intensive sectors, and being in the formal sector correlates with high levels of skills.

All in all, the difference of impact between GI and M&A may explain the lack of statistical significance of the overall impact of FDI on the size of the informal economy.

Editorship of The Review of International Studies comes to LSE