We are pleased to announce the winners of the inaugural Marco Lam Prize. In honour of the late Kuan (Marco) Long Lam, the Department established this prize for outstanding blogging.

Marco was an outstanding student and a keen blogger and we are happy to be able to commemorate him through this prize.

First place was awarded to Milton Wong (1st year BSC Politics and IR) and the runners-up are Jad Baghdadi (2nd year BSc IR) and Tetsekela M. Anyiam-Osigwe (3rd year BSC Politics and IR). Each of these blogs provides a unique perspective on what IR means; touching on the heritage of the field, its application in current conflicts and cultures, and its influence on them personally.

What does IR mean to you? 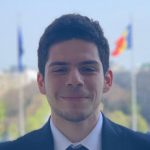 International Relations (IR) is a study of the relationship between different political entities in the international system. It is a relatively new field of study. It began around the early 20th century, but became popular only after the second world war, when it became clear how interconnected states have become, and how their behaviour towards each other is more relevant than ever before. As globalisation takes its course, the main concerns that an individual state faces, like a refugee crisis or a global financial crisis, are the same concerns that other states face as well. They are global in nature. Resolving them is not possible with a unilateral approach. We need transnational cooperation, and IR dedicates itself to examine how states interact with each other to tackle these issues.

Like with many fields, there is a clear divide between the normative and positive students of IR. For the positivists, academia serves to merely understand the mechanisms of the international system and the interaction of the actors within it. It has no platform to promote change towards something better. There is a long debate to have here, and I see the value of side-lining our moral inclinations to get a more accurate understanding of global politics. But for me, it is difficult to think of IR as a purely mechanical study. We need an expression of judgement, followed by its pursuit. With the increasing influence of globalisation, the world is becoming increasingly defined by state interaction. IR’s direct engagement with the latter puts it in a great place to be a driving force for improving the world we live in. This is what I think IR should dedicate itself to.

France and Germany, for example, went to war with each other for decades, but since the end of the second world war, the idea of a war sparking between them is inconceivable. How does IR explain this? But more importantly, how can it be applied elsewhere? Institutions, to take another example, have facilitated cooperation on many occasions. Yet, many of them fail to create any progress. It is certainly an important task of IR to understand how, and under what conditions, institutions can be effective, so that we are better suited for future cooperation. Take the problem of climate change. A single state’s incentives to ignore the climate externalities of its policies are very large. Yet, the Montreal Protocol of 1987 was a major success for the protection of the environment. As IR students, we need to understand the reasons behind that success. What were the enforcement mechanisms? How were the gaps from uncertainty filled? But an important second step is to learn how we could apply our findings to address the problem of climate change.

Given its global viewpoint, IR is also an opportunity to escape the nationalist norms that have defined our lifestyle for centuries. Our allegiance, for generations, has been towards our country. Laws that force you to fight on the battlefield and possibly die for your country are still common. These norms need to be challenged, particularly when there are means to connect with and relate to people anywhere around the world. More importantly, these norms can be very problematic. They create a tension between getting elected in your state, and putting resources into global concerns. A normative approach to IR provides space for scholars to push for the advancement of norms that better suit our needs and moral standards.

LSE is one of the few universities to have an entire department for IR, and it makes me feel lucky to be part of this institution. I only hope that while we invest all those resources for IR academia, we also maintain a vision for a better international system, and establish IR as a more proactive and normative field of study.