This two-part blog outlines the major trends in the study of the international relations of the Middle East at the present, post-2011 juncture and offers some pointers about possible future developments. The field of the international relations of the Middle East develops in intimate interaction with the empirical reality in which the Middle East region finds itself – and I touch on it in what follows – but it is also shaped by the perspectives, interests and epistemological concerns of those who study it. My own particular vantage point, too, is moulded by these and by my situation as an academic based in the United Kingdom, and teaching the Middle East in this particular country.

The international relations of the Middle East is a thriving field of study (one could even describe it as a sub-discipline) that examines the region at two levels, first within a global context and second by identifying cross-regional relations, linkages and balances. It is distinguishable from the fields of political science/domestic politics, sociology, anthropology, economics/political economy and geography of the Middle East. It is also distinct from Middle East area studies.

The context of study of the international relations of the Middle East has been defined in recent history by a number of ‘critical junctures’ such as the end of the Cold War and the Gulf War of 1991, the attacks of 11 September 2001 and the Iraq invasion of 2003. The current context is given by the Arab rebellions of 2011, which continue to shape the parameters of the region not just at the domestic level of each state but also regionally and globally. The rebellions led to the overthrow of a number of Arab regimes and challenged others; they unleashed a number of civil wars; jolted regional powers to increase their clout in the region; reenergised ideological and power political confrontations; reshaped regional balances of power; and affected the policies of global powers intervening in the Middle East.

The sub-field of the international relations of the Middle East offers a unique vantage point for the study of the region by situating it within a global context of analysis. At the present post-2011 juncture (but for reasons going further back than 2011), this is defined first and foremost by the gradual withdrawal of the United States from the region. Following US ‘over-extension’ in Afghanistan, Iraq and the ‘war on terror’ after the 11 September 2001 attacks, the Barack Obama administrations (2009–17) sought to realign US foreign policy means and ends and extricate the United States from the Middle East, or at least reduce its involvement. President Donald Trump has pursued profoundly different objectives in the Middle East from his predecessor – the closeness of relations with Israel and Saudi Arabia being a case in point – but there are similarities in that the intention to pull out from the region continues to be paramount. The appearance of ISIS in 2014 did cause a reversal of this trend and a ‘return’ to US interventionism in Syria, in alliance with Kurdish forces. But the overall gradual disengagement of the US has continued and has brought about the emergence of regional powers, namely Saudi Arabia, Iran and Turkey (more on this below). It is also, partly, behind the rise of Russia and China as major actors in the region – Russia in a geopolitical sense, China in a geo-economic sense.

The above changes with regards to the positioning of global and regional powers in the Middle East have rekindled interest in realist analyses of the international relations of the region and specifically on balance of power theory. Debates about ‘bandwagoning’, ‘balancing’ and ‘hedging’ have always exercised analysts of the international relations of the Middle East and this has been given a fillip recently. There is also continuous discussion on the issue of US grand strategy, hegemony, and, of course, US foreign policy in an age of US and Western retrenchment.

The political impact of the gradual withdrawal of the United States from the Middle East has been considerable, especially so given its pivotal and sometimes mythical role going back to World War II. This pivotal role has been as much ideological and identity-based as geopolitical and economic: a multitude of regional actors, both Arab nationalist and Islamist, and many others, have traditionally defined themselves in opposition to American power in the Middle East region.

However, one of the intriguing characteristics of the Arab uprisings of 2011 was their lack of anti-Western animus. The concerns of protesters in Tunisia, Libya, Egypt, Syria, Yemen and Bahrain, and in the other countries where upheavals occurred during that momentous year, were not with Western intervention but with domestic issues of justice and government accountability. (The objectives were not Islamist either, more on which in the next blog post.)

The same can be observed in what can be described, perhaps, as the second ‘phase’ of the Arab Spring, namely the uprisings in Sudan, Algeria, Iraq and Lebanon in 2019-20, and in sporadic protests in Iran. One could read this phenomenon as an indication that universal values of democracy and good governance have been disassociated from the West and appropriated by Middle Eastern citizenries, a development that may be linked to the popular perception of the declining relevance and power of the United States and the West more generally in the region. This would suggest that democracy promotion is better served by the withdrawal of the West from the Middle East than by its many foreign policy programmes which sought to champion it.

This is not a black-and-white situation: attempts by regimes in the region to galvanise anti-Westernism for domestic political instrumental purposes continue to be successful and anti-Westernism does occasionally flare up, as it did for example after Qasem Soleimani’s assassination on 3 January 2020. But, in a broader sense, the people of the region are moving on from a US-centric and Western-centric politics.

One can observe, on this point, an interesting divergence between developments in the region and the Western academy. Sections of the latter are currently preoccupied with post-colonial theory. One could see this as a reflection of declining Western power, of course, but it also, paradoxically, indicates a continuing fixation on the West. Post-colonial theory, in positing Western ‘empire’ at the centre of international relations, demonstrates an ongoing Western-centrism – whereas, arguably, Middle East citizenries are moving rapidly towards a post-Western world.

This is the first of a 2-part series on the study of the international relations of the Middle East since 2011. Part 2, titled ‘Regional Politics and the Intersection with Domestic Concerns’, is here.

This piece was originally posted on the LSE Middle East Centre blog.

Katerina Dalacoura is Associate Professor in International Relations at the London School of Economics and Political Science. Her latest research focuses on the role of culture and civilization in International Relations with special reference to Turkey. She has a continuing interest in questions of secularity and secularisation in the Middle East. 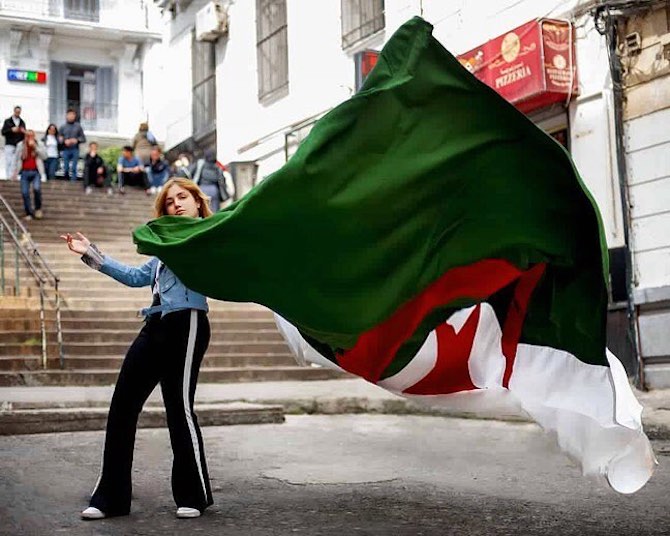