A little over a year since his passing, Adam Ostaszewki, Professor of Mathematics at LSE, remembers Anatole Beck, our friend and colleague, with input from Steve Alpern and Kenneth Binmore.  They have also put together a bibliography of Anatole’s work.

Anatole Beck (1930-2014) was born in the Bronx, New York and educated at Stuyvesant High School, Brooklyn College and Yale University, where he was the pupil of Shizuo Kakutani. He then spent two postdoctoral years at Tulane and in Europe, before joining the faculty of UW-Madison in 1958. He left that post in 1973 to join the London School of Economics and Political Science (LSE) as a Professor of Mathematics. He had intended to stay at LSE, motivated by his outside interests in social policy, but was prevented from so doing by personal reasons, forcing him to leave after only two years’ service. Nevertheless, he maintained a close connection with colleagues at LSE, whilst continuing to cultivate his interest in social matters. The latter is well documented on his home page and resulted in a book (“The Knowledge Business [1]”) and a piece on the “Iron Law of Wages [2]”, testimony to his liberal Jewish upbringing.

His mathematical legacy has a very distinctive geometric nature; one sees similarities in approach across the three different fields which span his work: 1) probability, 2) topological dynamics and 3) search games, all of which were studied in tandem from the start of his academic career and are described below. These are complemented by three very insightful papers on the Steinhaus difference set, two from 1958 [3],[4] and one from 1984 [5] (and a lovely associated problem published in the American Mathematical Monthly (AMM) — Is it true that the interior of A – A either contains 0 or contains nothing? [6]), as well as two papers in complex analysis (“On Rings On Rings” [7] and “A Theorem On Maximum Modulus” [8]). These articles demonstrate his inimitable style of expression and his excellent mathematics.

There are many memorable contributions in the AMM: on greedy algorithms for the removal of discs from a given area [9]; a fair division problem [10]; a marvellously intuitive account of the alternating series theorem in complex analysis” [11]. Added to this, in 1969 he authored “Excursions Into Mathematics” [12], jointly with Bleicher and Crowe. This collection of six essays “written for the layman to give him some feeling for what mathematics is and what mathematicians do” has stood the test of time: it was revived in 2000 as a Millennium Edition [13]. Its opening dedication speaks just as much about the book as the devotion of its authors:

“To that fragile Hope of Peace unto which we, a desperate Mankind, have entrusted our Ancient Learning, our Dreams for the Future, and our very Lives.”

Turning to his research, on the one side there are 15 papers he contributed on Probability in Banach Spaces, concerning himself with the Strong Law of Large Numbers (SLLN) and counterexamples to it. A memorable early contribution in this area (in 1962 [14]) is the establishment of an intimacy between SLLN and the geometry of a Banach space: SLLN holds in the space if the Banach space has a norm that is B-convex (Beck-convex), a notion studied later by Gilles Pisier (in connection with Rademacher type). (Anatole mentioned that here he had been outflanked by Pisier.) For background, see the paper by Bernard Maurey (2003) [15].

In the area of topological dynamics Beck studied over the course of some 10 papers continuous flows in the plane, integrating this work in his magnum opus in 1974: a book under the same title [16] in the Grundlehren der mathematischen Wissenschaften series. He was particularly proud of discovering the Paradox of the Hare and Tortoise (separately published in 1979 [17]), aptly named because of an analogy with Aesop’s fable (on account of constant naps, the Hare is doomed to lose against the Tortoise), as a companion to Zeno’s Achilles and the Tortoise (with a head start, the Tortoise is ever ahead when the fleet-footed Achilles arrives at its last location). Beck arranges for the Hare to pass (almost) every point of the racecourse at a speed higher than the Tortoise has at the same point, only to reach the finish line later.

His interest in Game Theory, mostly on different versions of the linear search problem (as well as with the game of Hex – later in 1991 [18]), dates back to 1964. Here, his collaborators include Donald Joseph Newman, Peter Warren, Vic Baston, Steve Alpern, as well as Steve’s PhD alumna Wei Shi Lim, and notably Beck’s son Micah Beck (on two papers, the first aptly called: “Son Of The Linear Search Problem” in 1984 [19], the other “The Revenge Of The Linear Search Problem” in 1992 [20]).

Perhaps most remarkable about the man is the measure of influence that his short, though sustained, contacts with LSE exerted on the School. He introduced Game Theory into the curriculum, and into the intellectual life-blood of LSE, drawing into the subject Kenneth Binmore, who in turn brought it to bear into Economic Theory. Separately, Beck’s topological dynamics motivated a new topological framework for regular variation in the works of Nick Bingham and Adam Ostaszewski. Si monumentum requires, circumspice?

In a live television and radio debate in 1996 on the future of the University of Wisconsin System, Dave Iverson asked, “How can we have quality education when our best teachers aren’t teaching full time?”

“If professors didn’t have time to immerse themselves in their specialities, You would be teaching 20 hours a week of what you learned 30 years ago, just as we have in our high schools’’. 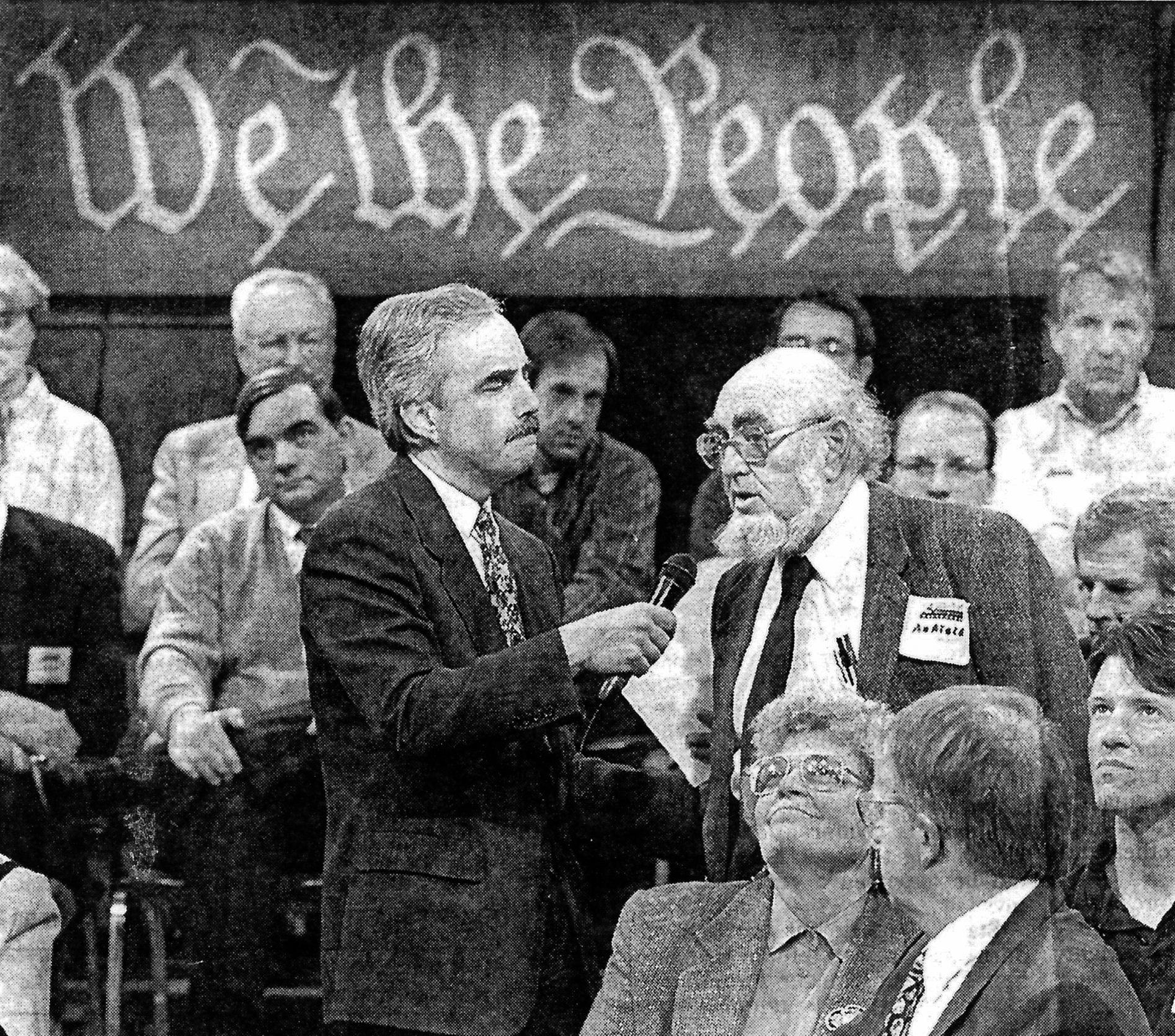 He will be remembered as a man dedicated to humanity. Of course, to his friends he had a huge and generous heart. He gave himself almost universally – in practical actions as well as careful design. He was a staunch defender of democracy, especially in university communities where he earned a campus-wide reputation for the brave and ferocious defence of colleagues unfairly denied tenure. Here, as elsewhere, his approach was thoroughly professional – assisted by enrolment in law classes. From here sprung other benefits – radio commentaries on local radio station WORT (in a local style of Alistair Cooke’s ‘Letter from America’), and writings far beyond his original call as educator (for instance: his “Knowledge Business” book [1]).

One marvelled at his inventions and his detailed design in both engineering and social engineering – his ideas were considerably ahead of their time – collectively remembered under the euphonious title ‘actually, there’s a better way to do that’. A futurist with a green vision, he advocated such urban development as ferrying long-distance traffic by rail (eventually realised by the likes of the Channel Tunnel), and the `forever down-hill’ bicycle paths (with escalator service), to which the self-service, bike-sharing schemes such as London’s Boris-bike is only yet a nod in the right direction. He practiced what he preached – skilling-up as a Cessna pilot, he delighted friends by piloting them in his share-owned plane. An active supporter of clean technology, he lobbied Madison Transport Authorities to invest in hydrogen buses.

This indeed was a Leonardo-like mathematician with awesome insight and inquiry. Rightly does his family’s obituary say that he: “… Went unwillingly to explore infinity in the early morning of December 21, 2014”. 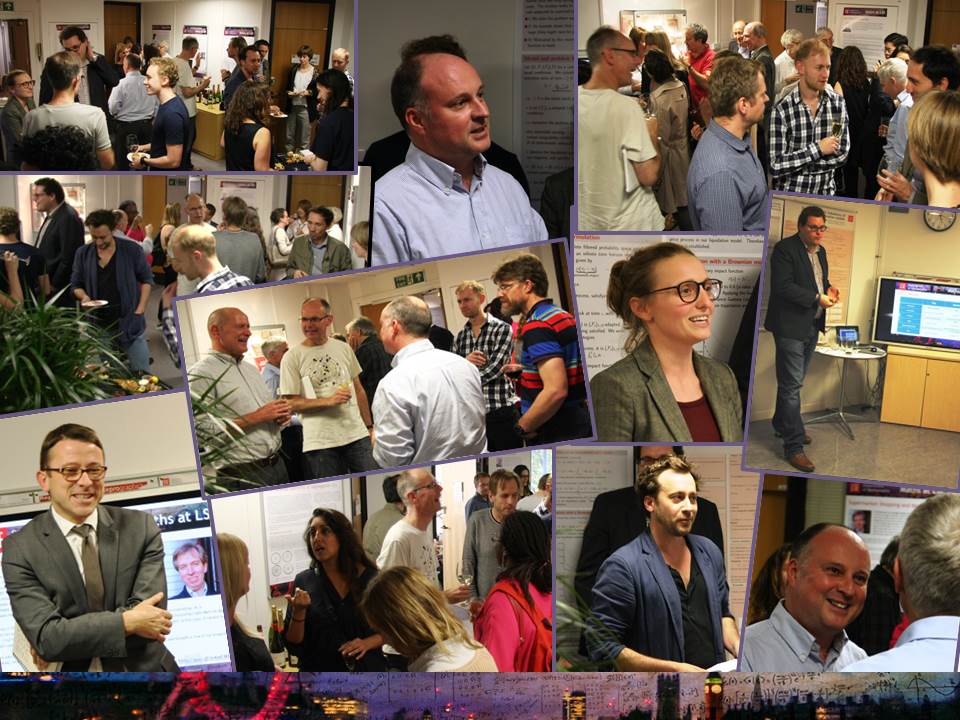 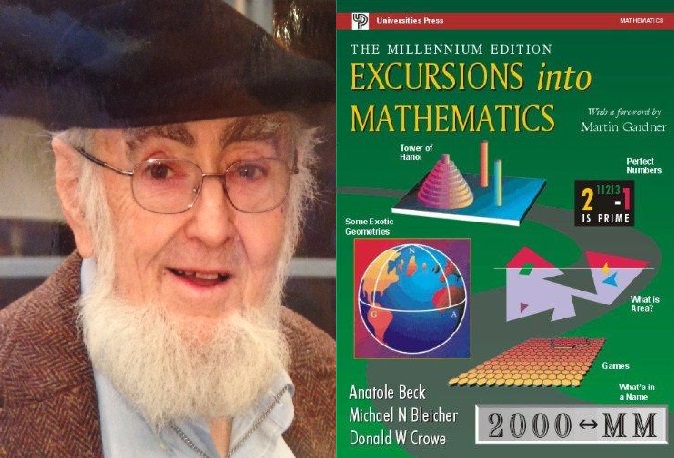