By Fawaz A Gerges

US efforts to co-opt Russia to bring about an end to the crisis in Syria have failed. More than at any other time over the past 15 months, what the recent meeting in Geneva and Friends of Syria conference in Paris have shown is that the United Nations Security Council remains neutralized and international diplomacy stagnates. Without a UN resolution, the US and Western powers have neither the desire, nor the political will to intervene militarily in Syria along the lines of Libya. In short, there is no light at the end of the tunnel for Syria.

In the past year, US and Western allies’ main strategy has been to wage an economic and a psychological war, using muscular diplomacy and threats rather than force to tilt the internal balance of power against Assad. Following the meeting in Paris with the news of Brig Gen Manaf Tlass’ defection last week, US Secretary of State Hillary Clinton said there are indications that regime insiders and military are voting with their feet, a statement designed to encourage other senior officers and officials to follow Tlass’ example.

“That’s why the entire world is now looking to those few nations who still have influence in Damascus,” Clinton said. “They need to step up and use all of their leverage to make sure Assad sees the writing on the wall.” Clinton urged every country represented at the meeting to, “directly and urgently makes it clear that Russia and China will pay a price. Because they are holding up progress, blockading it. That is no longer tolerable.”

Russia and China’s refusal to attend the Paris conference illustrates the serious divisions among the great powers on the Syrian crisis. Although there has been a subtle shift in Moscow’s position – shown in Geneva where Russia and China agreed to a document about the establishment of a transitional government of national unity, with full executive powers – Russia still opposes regime change in Damascus led by the Western powers and the UN. Following the agreement in Geneva and shortly after Clinton said that Assad must go, Russian Foreign Minister Sergey Lavrov said there was no requirement that the Syrian president should step down.

The view in the US and the west that Assad’s days are numbered should be viewed sceptically. Washington has gambled on this for more than a year, showing either that Syria is hard to read or that the US is hoping for a Hail Mary. Or both. Whatever the case, regime collapse in Damascus is not a smart bet for now.

Clinton is correct about one thing: the armed-wing of the opposition is growing stronger. Thanks to increased arms flow from Saudi and Qatar through Turkey, with direct the blessing by the US, recent opposition attacks have become more potent and decisive. The rebels have taken the war to Damascus and Aleppo, the very heart of the regime’s power base. The increased pace of senior military defections also shows that Turkey has become more proactive in trying to squeeze the Assad regime, particularly after the June 22 downing of its jet by Syria.

While the Western powers aim to force the balance of power against Assad, he and his inner circle act on the premise that they hold the upper hand and can defeat the opposition. In his 27 June address to his newly appointed cabinet, Assad for the first time acknowledged that Syria is in a state of real war and must use all options at its disposal to win this war. Far from conceding ground, Assad has intensified attacks against the opposition and stepped up his war of words, accusing the US of supporting terrorism in an interview with German public broadcaster ARD and vowing that he will not step down. Assad appears to be determined to fight to the bitter end to preserve his family rule.

Assad’s strength is not simply rhetorical: despite serious defections, the Syrian security forces have proved to be more cohesive and resilient than many in the West had thought them to be. Assad has also been assisted as the Syrian crisis has become mired in a fierce regional struggle between Iran, on the one hand, and Saudi Arabia and the Gulf States on the other. Iran is providing pivotal economic and military support for the Assad regime. As Kofi Annan has said as recently as yesterday, Iran is as important, if not more important, than Russia: while Assad is isolated internationally and regionally to a great degree, the support he receives from Iran, as well as Iraq, has given him a life line.

Conceding that his peace initiative has failed, Annan has shifted from trying to achieve a cease-fire to a focus on political mediation between the Syrian government and the opposition. He said his meeting with Assad on Monday was “very candid and constructive”, though he revealed hardly any details about what transpired between them. Let’s not be deluded: even before Annan left his meeting with Assad, the Syrian National Council had issued a statement disagreeing with Annan’s decision to involve Iran. The Iranians, the SNC wrote on Facebook, “cannot be part of the solution unless their positions change radically.”

Despite Annan’s persistent efforts, the odds are against a political breakthrough.  The trust deficit between the two warring camps has grown, leading both the opposition and the Assad regime to view the struggle as existential and hunker down for a prolonged fight. The opposition has repeatedly stressed its unwillingness to negotiate with the Syrian regime unless Assad steps down or unless violence in the country ends, at which point the UN would mediate with Assad’s government. Assad does not recognize the legitimacy of the opposition at home or abroad. He has praised Annan’s six-point plan and the document of a transitional national unity government agreed in Geneva, but Assad still acts on the premise that there is a security solution to an essentially-political crisis, continuing to deploy massive force to crush the opposition with little success.

For all these reasons, we are likely to see a protracted armed conflict. The lack of credible information about the Syrian regime’s machinations makes prediction hazardous. Starving Assad out of power is a working strategy to be tested, not a proven tactic. Although pressing sanctions are bleeding the Syrian economy, the government has been able to find means to adjust. How long Syria may be able to sustain itself, particularly given that Iran will unlikely maintain its current level of support to Assad because of its own suffocating economic sanctions?

Ultimately, the balance of power in Syria will determine whether Assad goes. Can Assad maintain the cohesiveness and unity of his narrowing ruling coalition? Though Assad’s days are not as few as Hilary Clinton would have it, they are alarming signs that he may not be durable.

The opposition is becoming better organized and its attacks more targeted. The flight of the middle and professional classes, in addition to senior officers, is proof of growing doubts about Assad’s capacity to survive and his coercive power. Tlass reportedly defected, not out of a change of heart, but because of the army’s brutal assault on his hometown, Rastan, which rings another alarm bell for Assad: his security forces are overextended and exhausted. Nevertheless, the recent defections in the military have not reached a critical mass that threatens regime survival.

The struggle in Syria is more complex than the media coverage and the heated diplomatic war of words would have it. Fifteen months after the outbreak of the political uprising, there is a standoff between the opposition and the Assad regime, neither capable of destroying the other. The failure of international diplomacy will mean more violence and a bloody summer and fall in this war-torn country.

Fawaz A. Gerges is the Director of LSE’s Middle East Centre and a Professor of Middle Eastern Politics and International Relations at LSE. He is the author of The Rise and Fall of Al-Qaeda (Oxford University Press, 2011). 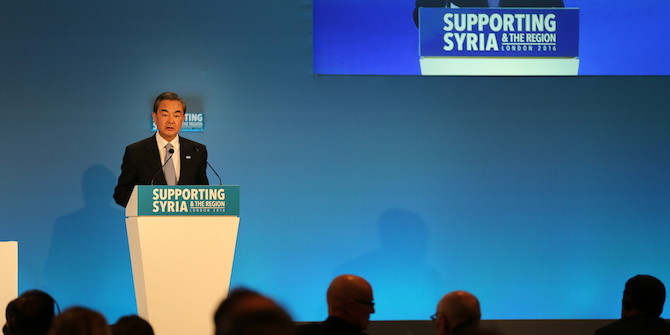 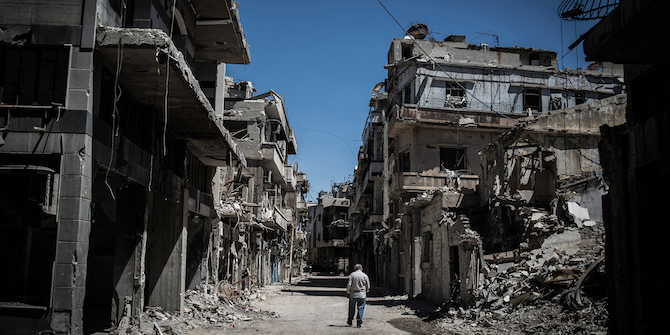