When is universal not universal? In its preamble, the Universal Declaration of Human Rights (hereafter UDHR) recognises the “inherent dignity and equal and inalienable rights of all members of the human family” and is a common standard of achievement “for all peoples and all nations.” The UDHR claims and prescribes universality: rights for all human beings anywhere and anytime and this unwavering comprehensiveness that is reflected by the inclusion of universalist language such as “all”, “everyone” or “no-one” in all thirty of the articles led the former Pope John Paul II to call the declaration “one of the highest expressions of the human conscience of our time” in a speech on 5 October 1995.

Indeed, its success is in the broadness of its reception. The UDHR is not an English, Western or Christian document. It was drafted by more than a dozen senior representatives from around the world and was adopted by the United Nations General Assembly on 10 December 1948 by a vote of 48 in favour and 0 against with eight abstentions. Despite not being legally binding, it has influenced or been adopted in most national constitutions drafted since this date, is an intrinsic document for membership of the UN and forms the International Bill of Human Rights along with two covenants that have been signed and ratified by over 150 countries each. Since its ratification in 1976, this Bill has become a fundamental element of international law and the human rights as stated in the UDHR are protected by the rule of law.

Most Muslim-majority countries including Egypt, Iran and Pakistan signed the UDHR in 1948, but crucially Saudi Arabia, where the King must comply with Shari’a and the Qur’an, did not sign the declaration, arguing that it violated Islamic law and criticising it for failing to take into consideration the cultural and religious context of non-Western countries. Saudi Arabian law is completely at odds with the UDHR as all citizens are required to be Muslim. Therefore, non-Muslims risk everything from arrest to torture and the death penalty for their beliefs. Women are prohibited from voting or driving a car. Likewise, Said Raja’i Khorasani, an Iranian official and representative to the UN claimed in 1982 that the UDHR was a “secular understanding of the Judeo-Christian tradition” and that it is impossible for Muslims to implement it without contravening Islamic law.[1] In accordance with this criticism, the then 45-member states of the Organisation of the Islamic Conference (OIC, now Organisation of Islamic Cooperation) adopted the Cairo Declaration of Human Rights in Islam (CDHRI) on 5 August 1990 which, despite its claim to be a general guidance for member states of the OIC and complement the UDHR, undermines many of the rights the UDHR is supposed to guarantee. When implemented, the CDHRI essentially removes the universality that underpins the UDHR, providing the 45 signatories and all of their citizens with a set of human rights based on an undefined interpretation of Shari’a law. The CDHRI clearly limits the rights enshrined in the UDHR and the International Covenants and cannot be viewed as complementary to the Universal Declaration.

The UDHR was established as a direct reaction to the experiences in the Second World War and was centred on the four freedoms that the Allies adopted as their basic war aims: freedom of speech, freedom of religion, freedom from fear and freedom from want. Although it has built upon these four basic rights to form 30 articles, they underpin the declaration. Focusing on just one of these aspects, religion, enables a direct comparison between the UDHR and the CDHRI. Article 18 of the UDHR states that everyone has the right to freedom of religion, freedom to change his religion and freedom to manifest his religion in teaching, practice, worship and observance.[2] Article 10 of the CDHRI states, however, that seeking to convert people from Islam to another religion or atheism is prohibited and reveals that this unalienable human right is not defended by the OIC, leaving open the door to the persecution of thousands of people because of their religious beliefs.

On closer inspection of the right to freedom of religion in Islam, it is possible to see a mass of contradictions. On one hand, apostasy (ridda) is considered by some as punishable by death[3] and many schools of Islamic jurisprudence (fiqh) assert that any Muslim can kill an apostate without punishment.[4] On the other hand, the Qur’an teaches that there is “no compulsion in religion”[5] and “to you your religion, to me mine”[6] and the Prophet Mohammed famously declared freedom for Muslims, Jews and pagans in the constitution of Medina in 620AD.[7] Then, the Islamic Caliphate introduced religious freedom for non-Muslims if they accepted second-class status and paid jizya tax instead of the zakat tax that Muslims had to pay.[8] Although it failed to provide absolute equality for all, it did introduce freedom of religion to a certain extent. Indeed, in God’s final revelation to Mohammed, it is stated that Muslims are to fear God and not those who reject Islam, indicating that all judgement is best passed by God and best saved for the afterlife.[9] When there is this much debate around one issue, it is irresponsible for a Muslim-majority country to sign up to a set of declarations that contradict the beliefs of so many Muslims and non-Muslims alike and definitively assert a human right or challenge thereto based on a controversial aspect of the religion.

Various Islamists have claimed that Islam is a complete and comprehensive way of life (al-Islam nizam kamil wa shamil)[10] but moderate or liberal Muslims show that the wide diversity of traditional interpretations of the Qur’an and the Sunna that developed within two hundred years of the Prophet Muhammed is an indication for cautiousness and is evidence against enforcing religious beliefs upon others. Islam is a pluralist religion and contains a spectrum of belief system and therefore has a great tradition of freedom of thought and tolerance of the beliefs of others, so for the OIC to produce the CDHRI, a document published under the auspices of Islam that limits this intellectual tradition, introducing absolutist judgements and presupposing certain aspects of the faith for citizens in countries that do not even implement the Shari’a to its full extent, is a tremendous oversight. To pass such a document off as declaration of human rights is incongruous.

According to international law scholar Louis Henkin, the concept of human rights is a political one based on interpersonal morality and should express a prevailing relationship between society and the individual.[11] No other political idea, be it socialism, capitalism or even democracy has received the universal acclaim that human rights has and all countries have accepted the idea in some form. This does not guarantee universal respect for human rights, however. Although all major religions have played down doctrines that conflict with human rights, some fundamentalist Islamic schools of thought such as Salafism, whose followers advocate a return to the era of Mohammed and place an overwhelming importance on the use Islamic jurisprudence in law, continue to defy this trend. Indeed, another document, the Universal Islamic Declaration of Human Rights, which was written by the London-based Islamic Council, a private organisation affiliated with the conservative Muslim World League, masked many of its overt religious references in its English translation. For example, Shari’a Law is referred to throughout the English version of the document as “the law” which could mislead readers.

Along with intolerance of other religions, a key aspect on which the UDHR and CDHRI do not agree surrounds the subordination of women.  The UDHR is appropriately universal in its prescription of rights to both men and women, introducing no qualifiers whatsoever to restrict gender equality. The CDHRI is less universal, stipulating in Article 6 that woman is equal to man in human dignity, and has rights to enjoy as well as duties to perform. The very nature of this clause undermines gender equality as it infers, arguably with good reason, that Shari’a law prescribes men and women different rights and duties. Men and women are equal, but different and should be considered as such in the eyes of the law and their rights protected as such in human rights declarations. The CDHRI, through its pandering to conservative interpretations of Shari’a law, enables the violation of other human rights that women should enjoy including the entitlement to a fair and public hearing by an independent and impartial tribunal, the right to freedom of movement and residence within the borders of each state and equal rights as to marriage, during marriage and at its dissolution.

I would urge any members of the OIC and indeed any members of the worldwide Muslim community to remember that the Prophet Mohammed was forward thinking for his time and that to follow his example means to behave according to the golden rule, implicitly stated in the Qur’an and explicitly mentioned in the sayings of the Prophet, and to be willing to implement that for the context of the modern day. King Abdullah II of Jordan’s Amman Message in 2004 that called for the re-emphasis of Islam’s core values of compassion, mutual respect, tolerance, acceptance and freedom of religion supports this conclusion.[12] Furthermore, separating the religious and the political will not only prevent repressive governments from enforcing discrimination on various individuals and groups in their society, but also allow every individual, community or nation to enjoy the rights as stipulated in the UDHR and make it truly universal.

Jonathan Russell is an LSE Masters student studying the History of International Relations with a focus on the Middle East. He recently graduated from the University of Exeter with a degree in Arabic, German and Persian and currently works as the Islamic studies intern at Quilliam, the world’s first counter-extremism think tank. His interests include Middle Eastern politics, cricket and rugby. He is on Twitter @JRussellEsq

The MEC Blog offers opinion pieces from time to time. MEC does not endorse the content of pieces, nor do they reflect any corporate view of the MEC. 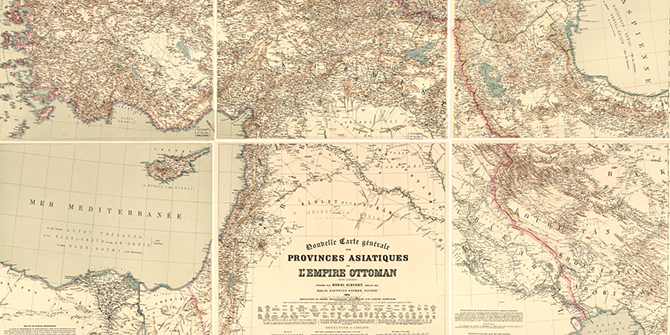 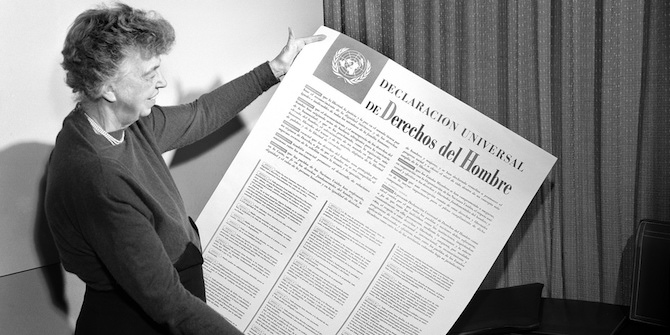 Bad Behavior has blocked 1119 access attempts in the last 7 days.