There is arguably no conflict in the world as politically polarising as the one between Israel and Palestine. While the conflict has been on the agenda of the United Nations since at least 1947, it wasn’t until 2005, at the UN World Summit – the largest assembly of heads of state and government ever convened – that the “Responsibility to Protect” (R2P) was unanimously adopted as a means of protecting people from four mass atrocity crimes – genocide, crimes against humanity, war crimes and ethnic cleansing. The current crisis in Gaza has posed difficult and proximate questions for some of R2P’s advocates, raising awkward issues regarding selectivity, sovereignty and responsibility in Israel and the Palestinian Territories.

At the heart of R2P is a global commitment to protect people, regardless of ethnicity, religion or statehood (or lack thereof), from crimes that offend and diminish us all as human beings. This means, as UN Secretary-General Ban Ki-Moon insists, that the Responsibility to Protect applies everywhere and at all times. That includes Israel and Gaza.

But there is also a requirement for political and legal precision. As the Gaza crisis escalated in mid-July, the Global Centre for the Responsibility to Protect began closely monitoring the situation and assessing whether the human rights abuses being perpetrated had elevated to the level of mass atrocity crimes. When we released a public statement on Thursday 17 July, right as the temporary five-hour “humanitarian ceasefire” ended in Gaza and armed hostilities between Israel and Hamas resumed, we argued that attacks on civilians and civilian property in Gaza and Israel violate international humanitarian law and may constitute war crimes.

The distinction between military and civilian targets is central to international humanitarian law and must be adhered to regardless of where a conflict is occurring, or whom it is occurring between. With ongoing rocket attacks on Israel and unrelenting retaliatory airstrikes in densely populated parts of Gaza, both Hamas and the Israeli government appeared to be potentially violating the fundamental laws of war.

At the time of our statement, Palestinian armed groups operating in Gaza had launched more than a thousand rockets into Israel, with most aimed towards residential areas. These rocket attacks were indiscriminate and fired with the deliberate intention of killing or wounding civilians and destroying civilian infrastructure. As such they were war crimes, despite the fact that the inaccuracy of the rockets and the effectiveness of the Israeli “Iron Dome” defence system had kept Israeli civilian fatalities to a minimum. Responsibility for the rockets lay with Hamas, which is clearly the controlling authority in Gaza and is culpable for the attacks.

In our statement we also addressed the issue of Israel’s ongoing military operations in Gaza and the grave consequences for Palestinians living there:
“In declared retaliation for these rocket attacks the Israeli Defense Forces (IDF) appear to have imposed collective punishment upon the people of Gaza, with more than a week of sustained airstrikes killing at least 160 civilians and wounding 1,500 people. At least 44 children have been killed and more than 430 injured. More than 1,600 homes have been destroyed and 79 schools damaged. The UN estimates at least 22,600 Palestinian civilians are now sheltering in UN facilities in Gaza.”

Israel’s response to the rocket attacks appeared to be unlawful and was clearly inflicting extreme hardship and death upon Palestinian civilians. While Israel had a right to defend itself against rockets raining down upon its cities, issues of proportionality and distinction (discriminating between civilian and military targets) appeared to have been repeatedly violated by the IDF. Although Hamas and its allies were using some civilian structures to hide rockets and launch attacks, international law still required that the IDF strike at Hamas and other Palestinian armed groups in a way that intentionally minimised the loss of civilian life. Israel insisted that it was exercising due care, but the mounting civilian death toll, including the sickening deaths of four boys innocently playing soccer on a Gaza beach, seemed to indicate recklessness rather than precaution and precision.

The situation in Gaza has dramatically worsened since then, with an Israeli ground invasion, at least one deadly airstrike on a hospital and the appalling barrage of the Shejaiya district that left scores of Palestinians dead in the streets. More than 500 Palestinian civilians have now been killed and more than 140,000 displaced in a densely populated coastal strip that is already blockaded. Nowhere appears safe for those attempting to flee the violence. Each day the humanitarian crisis in Gaza grows, with Israeli airstrikes also dramatically affecting water supplies and the access of Palestinians to food, shelter and medical care.

There is unquestionably a need for a full and impartial investigation of possible war crimes that may have been committed. The UN should ensure that this happens. And the United States, which has long declared its “special relationship” with Israel and is a permanent member of the UN Security Council, has a special responsibility to ensure that the Council plays an active role in securing a ceasefire and ensuring accountability for all perpetrators of war crimes regardless of position or affiliation.

If slogans or condemnatory invective could end the Israeli-Palestinian conflict, then it would have been resolved years ago. But cycles of armed violence, deadly retribution and extreme violations of human rights have created a culture of impunity that has greatly exacerbated the current crisis in Gaza. As uncomfortable as it may be for some people to accept, both the Israeli government and Hamas have a responsibility to protect civilians. This is not just because attacks on civilians will not bring peace or justice to either Israelis or Palestinians, but because international law demands it.

Other contributions to this symposium include: 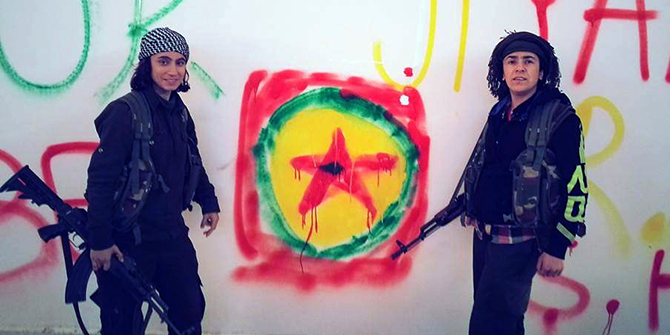 Egypt: Waiting for What’s Next