Dr Aitemad Muhanna-Matar, Research Fellow at the MEC, is currently leading on a research project looking at salafist youth in Tunisia. Below is the story of Ahmad, a 30-year-old construction engineer. Ahmad is also a salafist preacher, well known in his hometown of Sfax. Aitemad met Ahmad during her first field visit to Tunisia and presents below his story. A full version of Ahmad’s narrative can be downloaded here. We will soon be sharing more narratives of other young salafist men and women. 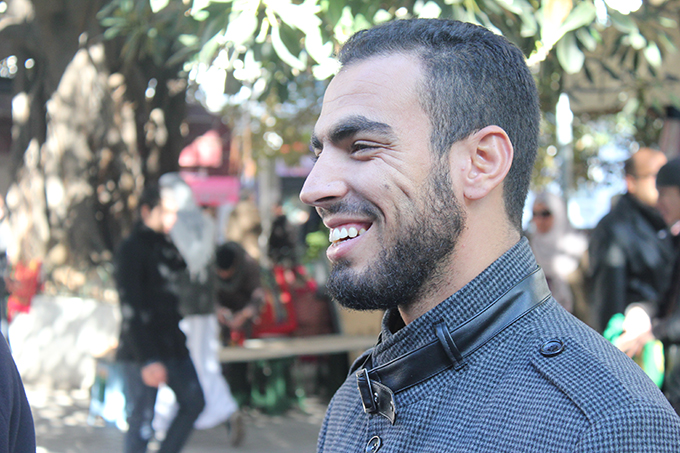 For my first pilot field visit to Tunisia in April 2014, I did not expect to conduct in-depth interviews with Salafist youth, assuming it would require strenuous efforts to develop trust, especially with the harsh security measures taken against Tunisian salafi jihadist groups. Surprisingly, I found myself welcomed by a considerable number of salafist community-based organisations, and by a large number of individual salafists, men and women, none of them mentioning support or belonging to Salafist jihadist groups. This could have been for security reasons or otherwise. I interviewed around 15 young men and three young women, all actively volunteering with civil society organisations established after the Tunisian uprising.

Salafism, for the interviewed, is a moral guide for Muslim men and women to emulate the Prophet Mohammad and his companions in their puritanical practice of Islam. The good salafist, for them, is one who acts as the successor of God on earth pursuing the model of al-salaf al-saleh (the pious forefathers, or predecessors), the first three generations of Muslims who experienced first-hand the rise of Islam. The interviewed young men and women refused to openly define themselves as salafists as portrayed in mainstream national and international media and academia: sculpturalist/reformist and salafist jihadists.For them, the labelling and categorisation of salafists are being used to fragment the Muslim community. Educated men, better equipped with Islamic knowledge in the Tunisian context, smartly define themselves as multazimeen (religiously committed Muslims), pursuing the ’aqeeda (creed) and the manhaj (method, praxis and way of life) of al salaf al-saleh.

However, both the researcher and the researched are well aware that such a utopic view of ‘the good salafist’ is more imagined than real. It needs further in-depth field work to contextualise and historicise the relationship between the imagined view and real practice of salafism. Nevertheless, a particular research participant aroused my attention, which encouraged me to share his narrative. Presenting the personal narrative of one research participant is not intended to include extensive analysis, or to offer generalisations. Rather, it is a methodological tool to showcase the importance of the narrative when exploring diverse personal experiences in relation to a particular research topic.

Replying to my question: How have you become a salafist, and how do you differ from other salafists? Ahmad was remarkable, historicising and contextualising the process of becoming salafist for himself and others. He says:

As a 15-year-old, I was very curious to learn more about my religion and to practice it. My father was an Ennahda prisoner and I used to visit him in jail with my mother, who was forced to remove her veil by the police. All my family members, including women, were arrested and tortured by the police, accusing them of being Islamists; Ben-Ali was judging Muslims based on their intentions. These oppressive events that I experienced during my childhood and teenage years created a sense of outrage towards the Ben Ali regime within me. One day, a few friends and I we were arrested, and were accused of being khaliya jihadya (a jihadist group). As a reaction, we tried to understand what jihadist groups actually are, who their members are and what they do? In our early 20s, we were a blank page, knowing nothing about salafism, or jihadism, only committed to practicing our prayers, but the security forces, ironically, enlightened us about the existence of salafism and jihadism. The first time I heard about salafism was in their interrogation rooms. I was surprised when the interrogator accused me of being a salafist, due to the way I prayed. I replied: ‘Believe me I first heard this word from you.’ It was the interrogators themselves who unintentionally taught us how to struggle against their oppression. 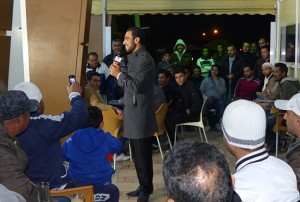 Supporting the Foucauldian theory, the ethical salafist subjectivity of Ahmad and his friends is a by-product of their subjugation by the oppressive regime during the Ben Ali era, whereby suppression creates the necessity for producing new knowledge and truth that resist the dominant ones. In Ahmad’s words: ‘We were in a position to choose: either to be submissive to the oppressive regime, which was hostile to our religious and national identity, thus avoiding pain and suffering while gaining power; or to resist the regime by searching for the truth and the appropriate means to de-regularise it along with its oppressive discourse.’ Ahmad and his companions chose the second option, without necessarily caring about its consequences.

With regards to the future of salafism in Tunisia, Ahmad says:

If those who fight Islam and Islamists do not back down, then it is a religious duty for all Muslims to fight them back. In the current circumstances, we need to learn from everyone, regardless of their political or ideological backgrounds. We also need to create a model of civil society where all Tunisians live together, and respect each other. The Prophet Mohammad consulted an agnostic man, why don’t we do the same. Another message I would like to convey to those who want to defeat jihadism, is that jihadism only flourishes when committed Muslims are forbidden from practicing their faith. My reformist salafist approach is still experimental, but I am ready for any political changes, then, if the doors for Islamic preaching close, I will find another way to spread the message of Islam, which is the meaning of my existence.

Regarding dialogue with secular forces, Ahmad repeatedly mentioned during the interviews that conflict in Tunisian society can only be resolved through coexistence between different political and ideological groups, giving each group the freedom to mobilise for its ideology without coercion. People should also have the freedom to choose their ideological inclination. Mutual dialogue with seculars, or ‘non-believers’, as Ahmad refers to them, is important to create social cohesion. However, dialogue for Ahmad has to be on equal basis: ‘seculars have to listen to us the same way I listen to them. They have to abandon their superiority’. 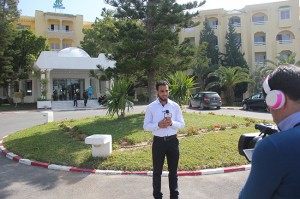 The major argument revealed from Ahmad’s narrative is that becoming a salafist is a mode of subjection resulting from a one’s problematisation of the dominant truth, discourse, or relation to power, which urges the person to search for the meaning of his/her existence, and to submit to new convictions and rules resisting the dominant narrative that entails exploitation, dehumanising and injustice.

Thus, salafists need to be given the space to exercise their salafist mode of subjection, while being challenged to reconstruct it through life experiences, forcing them to rethink, react, and further critique their ideology in order to maintain their social existence and continuity. Provision of freedom for salafist groups to practice their ideology, to influence each other’s attitudes, and to get a chance to be listened to and recognised by others, is the effective long-term strategy for de-radicalising salafism.

Aitemad Muhanna-Matar is a research fellow at the LSE’s Middle East Centre currently conducting a research on Salafist youth in Tunisia and the process of subjectification. In 2013, she managed a regional research project funded by Oxfam-GB and run by the LSE MEC in five Arab countries on Women’s political participation across the Arab region: Mapping of existing and new emerging forces in the region.

Posted In: Interview | Notes from the Field | Reports from the Ground

Institutional Restructuring, Social Change and Gender in Iraqi Kurdistan: Notes from the Field

Bad Behavior has blocked 2147 access attempts in the last 7 days.