Under domestic and international pressure, authoritarian monarchies in which citizens are completely disenfranchised, are often compelled to occasionally engage multiple domestic constituencies in dialogue. This is usually a response to specific terrorism threats, demands for reform, or internal sporadic mobilisation. Post 9/11 Saudi Arabia was on the brink of implosion from within. The country witnessed the worst terrorism crisis in its modern history as its major cities became the ground for suicide bombings targeting locals and foreigners, shoot outs between militants and security forces, and multiple voices calling for serious political reform. It did not help that its monarch King Fahd (d.2005) was incapacitated. Crown Prince Abdullah (d. 2015) had to step in and respond to the various immediate and long-term challenges. The book under review analyses one of the steps taken by Abdullah to save Saudi Arabia from sinking further into real crisis with multiple contributing causes.

Saudi Arabia and the Path to Political Change addresses one response to the mounting challenges that in addition to terrorism included increasing unemployment, the youth bulge, religious reform, gender equality and many other areas of concern that had remained unaddressed during the late stalemate years of King Fahd’s reign. Based on several years of working in Saudi Arabia, and conducting research between 2009-2011, Mark Thompson examines the National Dialogue Forum, initiated by King Abdullah Centre for National Dialogue KACND and its progress during those turbulent years that followed 9/11.

Thompson’s interlocutors who are used as a research focused group deny that the National Dialogue was initiated because there is a political crisis and insist that the initiative is unique because there is no conflict in the kingdom (p. 108). This statement, however, seems to reflect official narratives that often deny the presence of multiple challenges whether they are related to terrorism, unemployment or radical preachers. Thompson seems to accept it at face value although he must be aware of the numerous upheavals that swept Saudi Arabia between 2003-2008, a year before the commencement of his research. In fact, in Chapter 2, the author alludes to various Saudi debates, state and non-state actors who are engaged in conversation about the future of the country and the threats it faces as a result of awareness among professionals and elites that reform has become urgent.

The idea of reform remains ambiguous, illusive and hotly debated. According to Thompson, the question about it should move away from whether the Al-Saud leadership is serious about reform, to asking what the leadership understands and means by reform (p 45). A further question is also related to what multiple state actors mean by reform, with princes not admitting that it is urgent while others invoke it to mean development. Amidst this confusion, the National Dialogue was a state sponsored institutional initiative in which aspects of reform/development were discussed by carefully chosen professionals, bureaucrats, technocrats, religious scholars, academics and others designated by the state administrators as worth engaging in successive dialogues.

The book is a study of a new state institution that came to be known as King Abdullah Centre For National Dialogue (KACND). Chapter 1 and 2 are introductory, surveying previous scholarship on the history of the kingdom and identifying key actors. In chapter 2, there is an interesting discussion of tribalism, considered a way to forge a protective zone between the individual and the state in the absence of civil society (p. 52). Thompson argues that education and economic advantages have begun to undermine the salience of tribal affiliation, resulting in greater homogenisation and integration. Yet, further down the lines, an interviewee highlights that various military institutions remain tribal, with individuals using tribal affiliations to foster their individual and group interest. Later in this section, a female journalist affirms that ‘tribalism is getting stronger because the state has tolerated it for so long.’ (p.53). A third interviewee claims that southern tribes are taking over state institutions, thus pointing to the preeminence of one tribal group over others. The discussion of tribalism swiftly shifts to regionalism without resolving the debate about the salience or weaknesses of tribal affiliation. These short insights could have been developed further with Thompson inserting his own objective assessment of the question of tribalism. This could have been achieved with empirical evidence collected during fieldwork. Unfortunately, we are left with multiple statements and quotations volunteered by interviewees without a serious assessment of the empirical evidence in support of these statements.

Chapter 3 sketches the genesis of KACND, starting with the leadership recognising that it is time for the country to have a ‘culture of dialogue’, which seems odd given how new communication technology and new media in general have operated since the late 1990s to allow Saudis of all political persuasions to discuss their frustration at the stagnation of the political system and the stumbling of reform, regardless of how loosely it is defined. Nevertheless, the state endeavoured to teach Saudis and train them to engage with dialogue. Thompson explains the aim as stated in official documents as to consolidate national unity, foster a true image of Islam, solve problems, include multiple voices, and engage in dialogue with multiple establishments. He then discusses the eight forums that took place between 2008-10. The title of these conference meetings reflected the concerns of both the state and society at the time: national unity, extremism, women’s rights, youth issues, ourselves and the others, education, employment, and health. With time, the topics discussed moved away from ideological concerns to services, which focused on development of welfare such as education, employment and health. In addition to dialogue, Thompson examines the rationale behind government training programmes (chapter 4). Amongst many schemes, the government promoted empowerment and ambassador projects, both are meant to encourage young people to discuss ideas that generate jobs and enlist students studying abroad on government scholarships to improve the country’s image and that of Islam.

In subsequent chapters, Thompson traces the official narrative and the rationale behind various meetings and societal reactions to them over a long period of time. In chapter 8, he captures the debate that accompanied the meeting on the role of women in society and king Abdullah’s initiatives to empower them, especially in education and employment. The appointment of Norah Al Faiz as first Saudi female deputy minister of education (not minister as stated by Thompson on page 194) was a novelty that promised greater visibility and endorsement of women’s issues. But this appointment was short-lived as Al Faiz was relieved of her duties when Salman became king in 2015, thus casting doubt over previous reform initiatives that seem to have been either abandoned or reversed with the arrival of a new king to the throne. It would have been insightful had Thompson discussed the durability of these high profile appointments and initiatives and the prospect of them generating long term serious shifts in the practices of power in the kingdom.

The book’s conclusion argues that there are ample opportunities for bottom up influence and horizontal interventions into the leadership. According to Thompson, the KACND allowed the leadership to hear multiple voices. But acting on the policy recommendations of these voices is not straightforward as the recommendations of the dialogue forums are not binding to the leadership. They have the status of advise. It is regrettable that the book concludes by asserting that ‘there is more freedom in Saudi Arabia than even before and this is because there has been a convergence of forces that are transforming the whole system, linked to awareness by certain individuals in power, especially king Abdullah, of these forces.’ (p. 245). It is not clear what kind of freedom there is now after the dialogue forums. If the author means freedom of expression and assembly, there is certainly less freedom, given the number of political prisoners in Saudi Arabia and the various human right violations as documented by independent international organisations. Women are still under the guardianship system unable to work or leave the country without authorisation of their male relatives. They are also deprived of freedom of movement with the ban on driving still in place. Activists on social media face long prison sentences following any criticism of the performance of the top leadership, with the king and the princes remaining beyond criticism.

The book succeeds in documenting the euphoria that accompanied the new dialogue initiatives and the debates that they generated among multiple audiences that included enthusiasts, critics and skeptics. Some sections read as general praise for king Abdullah. Although the book is rich on documentation, it would have benefited from further analysis and above all a critical theoretical approach to the debate on civil society in authoritarian states such as Saudi Arabia.

The book stands as a documentation exercise of the era of King Abdullah and his many initiatives that have attracted a lot of media attention but whose everlasting impact on state-society relations is yet to be explored. The book could have benefitted from further analysis of the role of top-down initiatives in societies where the central absolutist state monopolises initiatives and leaves little space for non-governmental institutions to flourish in ways that allow them to act as buffer zone between the individual, society and the state. In the absence of such independent and legal initiatives, Thompson’s book is a welcome addition to our understanding of how the Saudi state manages crisis, controls initiatives and manipulates results in ways that empowers it alone and reinforces the control of a handful of state institutions over society.

Madawi Al-Rasheed is Visiting Professor at the Middle East Centre at LSE and Research Fellow at the Open Society Foundation.  She was Professor of Anthropology of Religion at King’s College, London  between 1994 and 2013. Previously, she was Prize Research Fellow at Nuffield College, Oxford. She also taught at Goldsmith College (University of London) and the Institute of Social and Cultural Anthropology, University of Oxford. 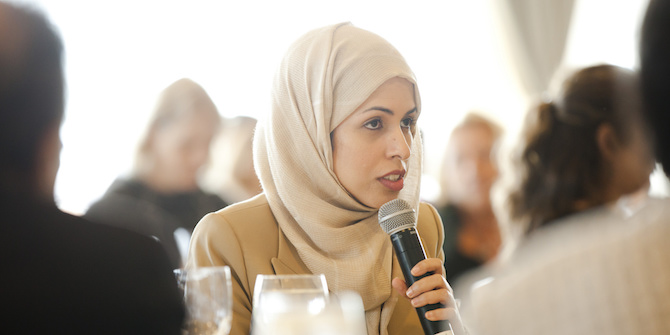 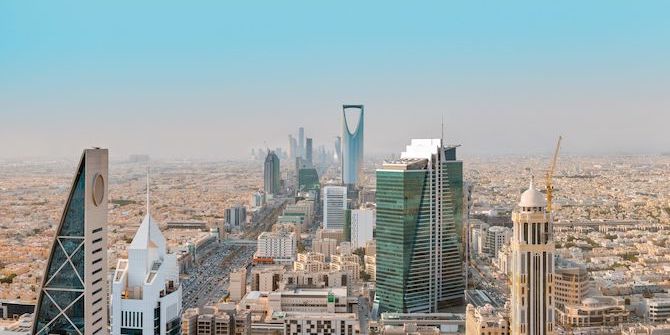