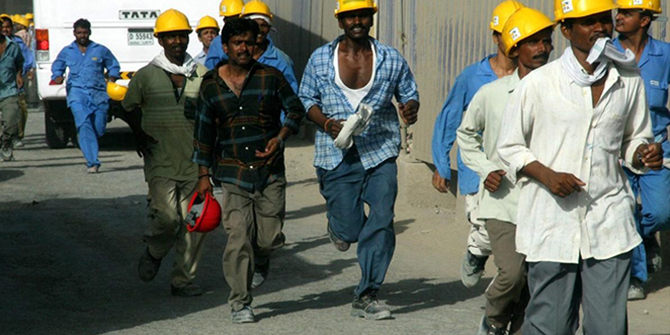 Gulf Cooperation Council (GCC) countries are an attractive destination for prospective migrants from developing economies due to their high income levels, similar to the countries of the OECD (Organization for Economic Cooperation and Development). However, unlike the OECD, the GCC countries’ immigration systems allow workers from all skill levels to enter the economy. This is due to the dependence of the labour force on foreign workers (approximately 75% of the GCC workforce is foreign), which in turn derives from young education systems, and rapid development paths.

Consequently, in per capita terms, GCC remittances to non-GCC countries are several orders of magnitude larger than their OECD counterparts; in 2010, Qatar had per capita remittances of $3,200, as compared to $360 in the USA. Remittances are far more effective than foreign aid as sources of development, and so this data reflects the enhanced positive role that the GCC countries have in improving foreign living standards via migration.

One disadvantage of the GCC immigration systems’ openness is that they are preyed upon by migration racketeers operating in home countries. The racketeers will often deceive/coerce poorly-informed prospective migrants into migrating to the GCC by providing false information about compensation and the nature of the work. For example, a domestic helper earning $300/month may be fooled into expecting to earn $800/month as a secretary. The racketeers will then trap unsuspecting migrants in debt associated with migration costs. This forces the worker to operate in the black market in the GCC to maximise income as they settle their debt and support family members. This is one aspect of what is known as the ‘free visa’ problem, or visa trading.

Visa trading hurts multiple stakeholders: by operating in the black market, the migrants surrender their rights to legal protection and public medical services, and may suffer a net financial loss from migration, in addition to the emotional distress; businesses and consumers purchasing black market services damage businesses and consumers adhering to the law, and risk inferior labour services; and authorities expend resources combating the black market, as well as forgoing potential tax revenues from legitimate commercial activity.

The resilience of migration to the GCC indicates that most deem it a positive experience, and that deception/coercion are atypical. However, tackling such problems provides the GCC countries with direct benefits, and is part of their commitment to being responsible members of the international community.

A key challenge is that by the time a deceived migrant arrives in the GCC, it may be too late to intervene because the racketeers have already trapped the migrant in debt. Despite its comparative poverty, the Philippines has a system of regulatory oversight for their migrant workers that has helped significantly diminish abuses by opportunistic intermediaries. However, the governments of other developing economies, such as Bangladesh and Pakistan, are yet to adopt such systems, leaving the door open to racketeers. This door is impossible for GCC countries to shut unilaterally unless they simply close their borders, which would actually cause significant economic damage to both sides, as reflected by the aforementioned remittance figures.

A country like the UAE has a strong legal system and financial clout. By operating a recruitment office in, for example, Bangladesh, the UAE government can tackle deception at the source—all prospective migrants can receive accurate information about their job and salary in the UAE before they incur migration-related debts that might otherwise trap them. The government of the sending country would be welcome to play a constructive role in such a recruitment agency to further pressure opportunistic intermediaries.

The recruitment office can also supply credit to help migrants avoid the exploitative debt contracts offered by racketeers. The loans need not be subsidised: the mere fact that the migrant and his/her family will not be coerced into repaying will be a significant improvement over most alternatives offered by intermediaries. Moreover, by tying the loan repayment to the migrants’ earnings, the GCC government providing the credit can likely realise a much higher repayment rate than is typically available in the market.

For GCC countries, there are two potential drawbacks. First, since the enterprise would be run by the government, there are the usual concerns about the inefficiency of bureaucracies compared to open competition between private enterprises. Second, there would be a significant startup cost for such an enterprise. If GCC governments insist on such agencies being the exclusive path for migration, then the required investment would be very large, especially in a country as large as India.

However, in both cases, the costs have to be compared to the resources dedicated to combating the prevailing problems within GCC borders, as well as the aforementioned economic losses associated with racketeering, such as foregone tax revenues and lower quality labour services in black markets.

As such, the GCC governments may wish to consider experimenting with GCC-administered recruitment agencies that provide credit co-existing with the prevailing alternatives in the private sector. This would allow the governments to gather data on the agencies’ pros and cons, and the experiment can act as a precursor to a more comprehensive roll out of a refined version of the recruitment agency.

At present, one of the favoured solutions for many in the human rights community is to generate international pressure on GCC countries to bear the migration costs of prospective guest workers as a way of limiting debt bondage. The GCC countries rightly feel aggrieved that they are being unfairly targeted for such pressure given that – by virtue of their openness – the GCC immigration systems are far more conducive to economic development in poorer countries than the immigration systems of the OECD. Moreover, the human rights community may find that such efforts backfire, as they could end up motivating the GCC countries to tighten their borders and decrease opportunities for migrant workers. This would be analogous to fast food companies in the US responding to successful minimum-wage lobbying by accelerating their efforts to design automated order-taking devices that dispense with the need for low-wage workers.

In summary, due to the wealth of the GCC countries, and their proximity to the most visible consequences of migration racketeering, there is a tendency among governments, scholars, and activists to demand that the GCC governments unilaterally take corrective measures within their own borders. There is an under appreciation of the fact that such policies are ineffective compared to tackling racketeers in the source countries, and that their cost may result in GCC governments preferring to close the door to migrants—an inferior outcome for all parties. Instead, international cooperation and lobbying resources should be directed toward tackling racketeering in the source country, and encouraging the adoption of the Philippines model. The GCC governments can potentially play a constructive and cost-effective role by establishing recruitment agencies in the source countries, and by providing credit. In principle, the only loser would be the opportunistic intermediaries who have introduced so many risks into labour migration.

Omar Al-Ubaydli is the Program Director for International and Geo-Political Studies at the Bahrain Center for Strategic, International and Energy Studies, an affiliated associate professor of economics at George Mason University, and an affiliated senior research fellow at the Mercatus Center. He previously served as a member of the Commonwealth of Virginia’s Joint Advisory Board of Economists and as a Visiting Professor of Economics at the University of Chicago. 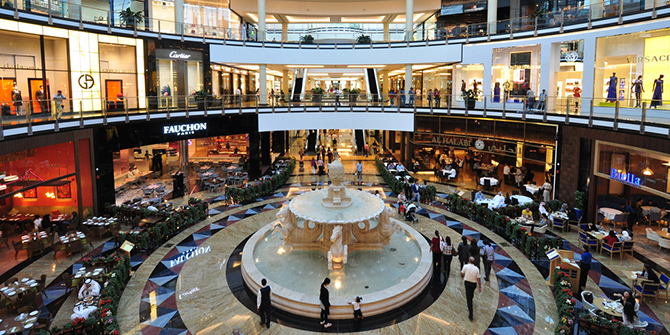 Bad Behavior has blocked 1873 access attempts in the last 7 days.